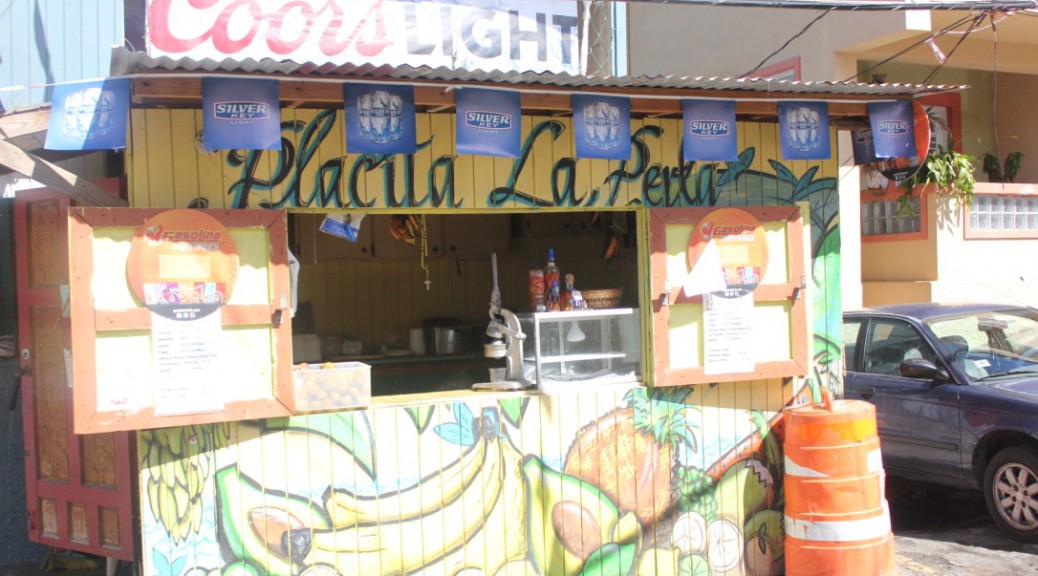 La Perla is an old neighborhood just outside the northern historic city wall of Old San Juan, Puerto Rico. Stretching about 600 meters along the Caribbean Sea, the neighborhood is tucked between Calle Norzagaray and Fort San Cristobal.

La Perla has been an infamous neighborhood since its early days. In the 19th century, it was the site of a slaughterhouse and home to people — slaves, the homeless and non-white servants — who were required to live outside the city walls.

La Perla’s dwellings were among the first homes built on the waterfront. Today the seaside around Old San Juan is largely home to beautiful restaurants, walkways and hotels catering to tourists, but the hard scrabble neighborhood of La Perla continues to occupy some of the island’s most spectacular coast.