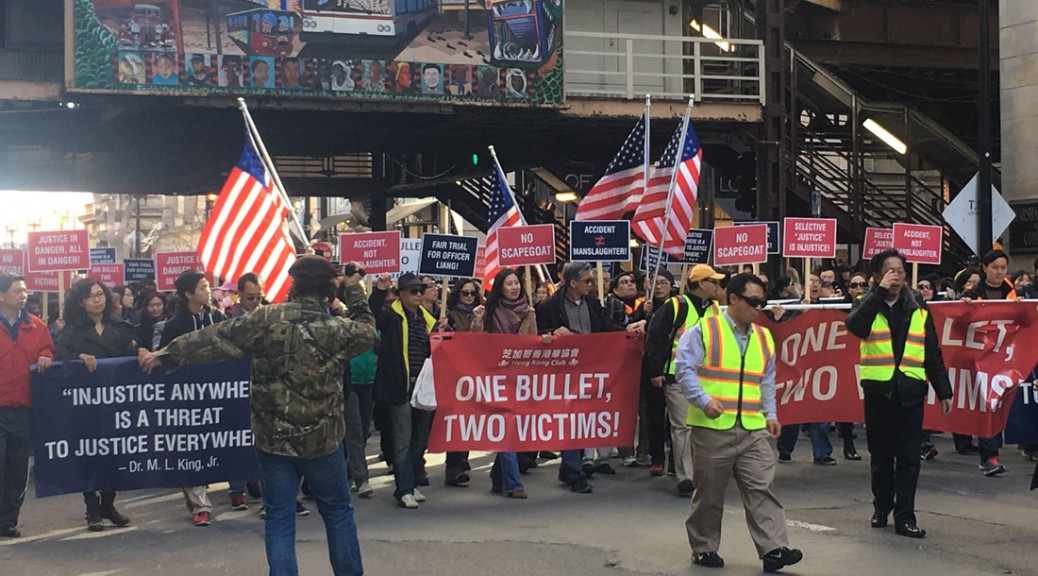 Thousands of people, mostly Chinese-Americans, marched in downtown Chicago Saturday, calling justice for former NYPD officer Peter Liang, who was convicted of manslaughter in the fatal shooting of a black man in 2014.

The protesters chanted along the way, holding national flags, signs and banners with slogans conveying the message that selective justice is not justice, and that Liang is a scapegoat. Many of them have been following the news and sharing the protest information on WeChat, the most popular social media platform among Chinese community.

On Saturday, throngs of protesters, many from Chicago’s Chinese American community, decried the guilty verdict in the police shooting trail of Peter Liang in New York. Liang was convicted of shooting Akai Gurley, an African American, in 2014 while on the job as a New York City cop. Many protesters said race is not an issue here and that their main appeal was to have justice in law. However, at least one black woman insisted black lives matter. (Yunfei Zhao / MEDILL)