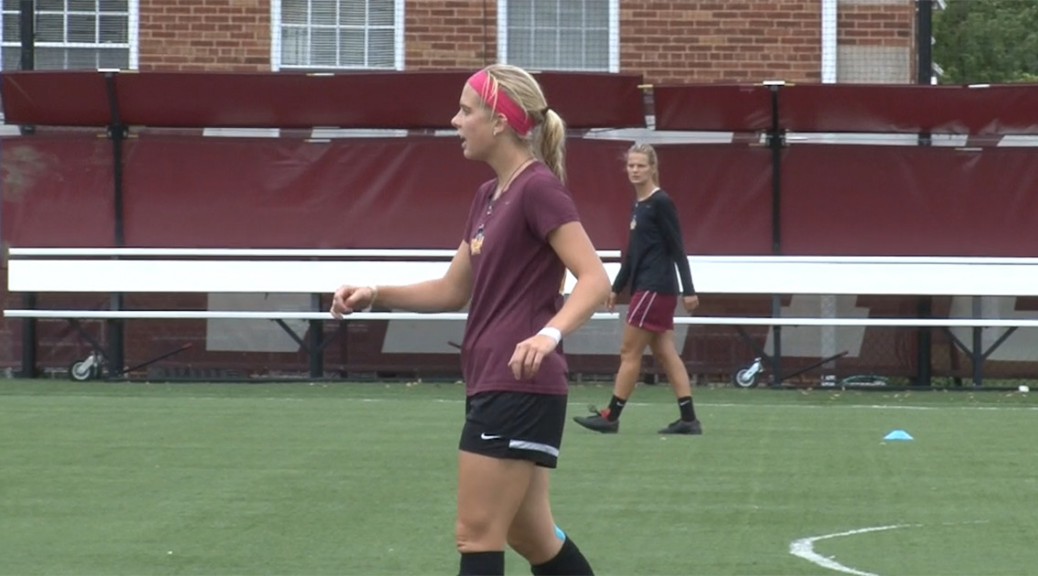 While much of the discussion about concussions centers on football and the men – both young and professional – who play it, Dr. Cynthia R. Labella is quick to point out that there is another sport that gets much less attention.

“The concussion rates in women’s soccer are almost as high as the concussion rates for boys in football,” says LaBella, the medical director for the Institute of Sports Medicine at Ann & Robert H. Lurie Children’s Hospital of Chicago.

Abby Burridge is among those statistics. The college Junior is the center-back for Loyola University’s Women’s soccer team. She suffered the second concussion of her collegiate career last spring.


“My coach yelled at the ref for letting me continue to play, “ said Burridge. “And then right away our trainer asked me [about] any symptoms.”

Burridge is not alone and it doesn’t just happen during games. “In practice a lot of people on our team got concussions in practice, like randomly last year in non-contact drills,” she said.

As a pediatric sports medicine specialist, Dr. LaBella says there are a number of factors that need to be considered when a player suffers a concussion.

“It affects multiple aspects of their life and their brain function,” she said. “So we need to be able to assess all of those areas.”

Abby Burridge says her concussion not only affected her athletic career, but also her academic life.

“My biggest issue that I had with my concussion was the concentration,” she said.

Dr. LaBella says concussions are becoming more frequent in women’s soccer because the game is becoming both more popular and more physical.