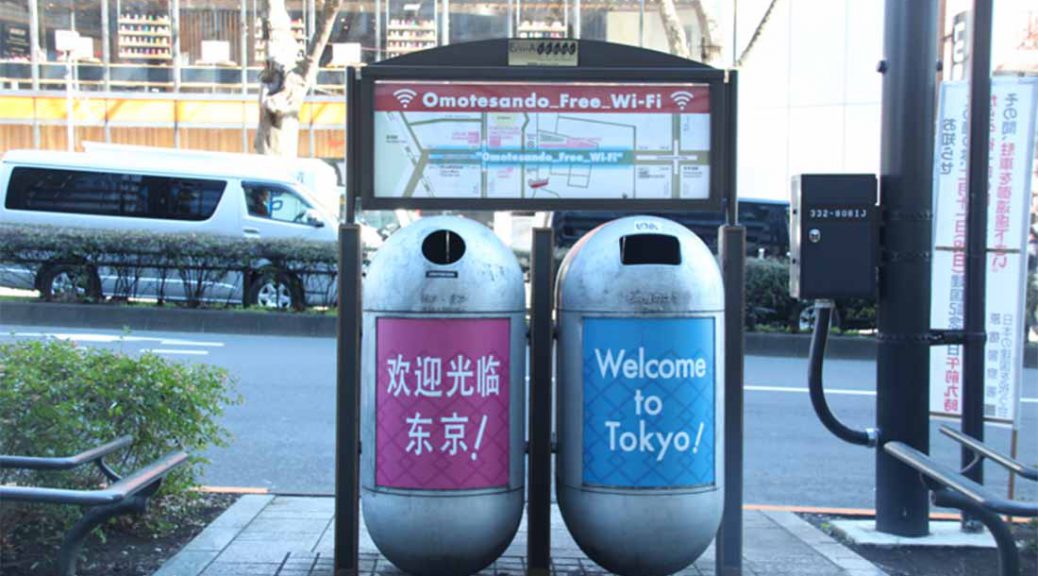 Tokyo is pointing toward its second Olympics, in 2020, after more than half a century. Different from the situation in 1964, when Japan’s economy was emerging after World War II, Tokyo is trying to bring a new global image this time after decades of economic stagnation in Japan.

Consistent with the slogan of “discover tomorrow”, the Tokyo government is polishing the city with well-designed details to depict an ideal urban life in the future–heated seats and women-only cars in the subway system, delicatedly-designated public smoking areas, and extremely clean streets with only a few trash cans.

The Japanese tradition of high self-discipline is also reinforced in the modernization of the city, attempting to distinguish Japan from other developed countries. You can hardly find a smoker outside a smoking area, nor can you spot anyone eating or drinking in the public. In recent years, more natives tend to wear surgical masks on the street, to protect themselves from pollution and allergy.

Photo at top: Tokyo mundanely bills itself as “a city of the future.” (Yingcong (June) Fu/MEDILL)