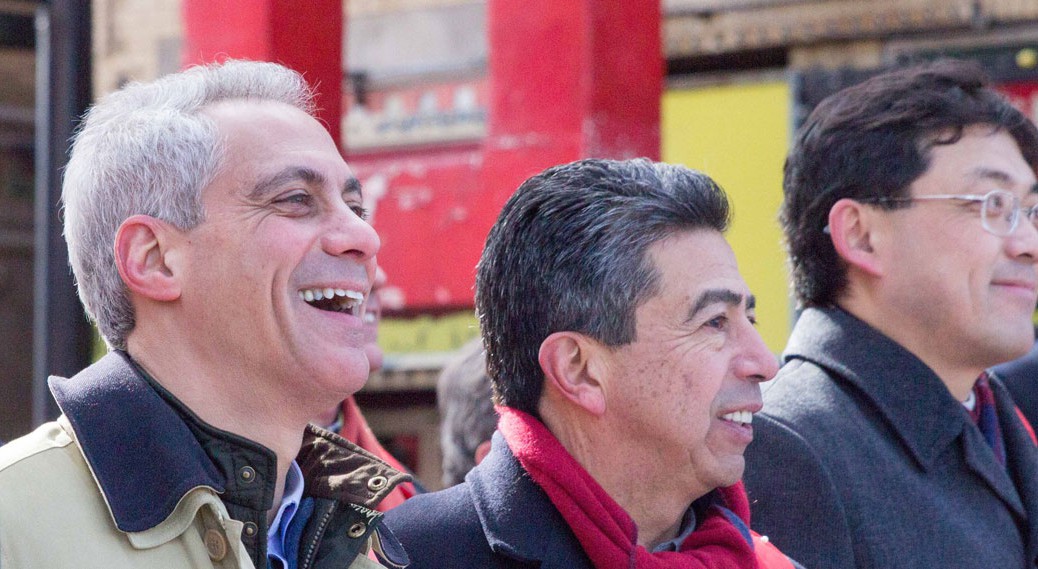 By Kate Morrissey and Karin Vandraiss

The Daley dynasty may be a thing of the past, but Chicago politics are still alive and well. Between questionable politicking and social media sass, this year’s election hasn’t disappointed when it comes to shenanigans worthy of the Windy City.

1. Doughnut-debacle 2015. Best enjoyed with your own Box O’Joe, some poll watchers from Patrick Daley Thompson’s campaign were observed offering voters coffee and doughnuts prior to casting their votes.

2. Snooze button struggle. Carol Ronen, Democratic Committeewoman of the 48th Ward, said that a judge showed up late to the polling location for the 27th precinct, which delayed its opening. Voters took to social media to express their frustration.

3. Like a good neighbor. Alderman John Arena (45th) seemed a little salty about the present left at his door. Residents responded with a mix of support and questions about proof.

.@JohnGarridoIII put fish bait outside our office this morning. We work 2 improve the Ward, he works on dirty tricks. pic.twitter.com/isDXh0e0h4

5. “A little mysterious,” but nothing serious. Willie Wilson called for an investigation into calibration issues with polling machines causing “voting  irregularities,” but The Election Board isn’t taking his claims too seriously.

6. Bear down, voters. Twitter user @charlescubfan wrote in Mike Ditka for treasurer and posted a picture of his ballot. The Election Board was not amused.

@charlescubfan Did you know it's illegal to take a photo of your ballot? Just a heads-up; might want to retract this…