Shares climbed about 5 percent to $77.20 in pre-market trading after the company announced Thursday its second strongest operating income in company history.

“We’re creating a modern food company with a diverse portfolio of protein brands,” said Tom Hayes, the company’s president and CEO, during a conference call with investors. “We delivered solid results in all of our segments: beef, pork, chicken and prepared foods.” 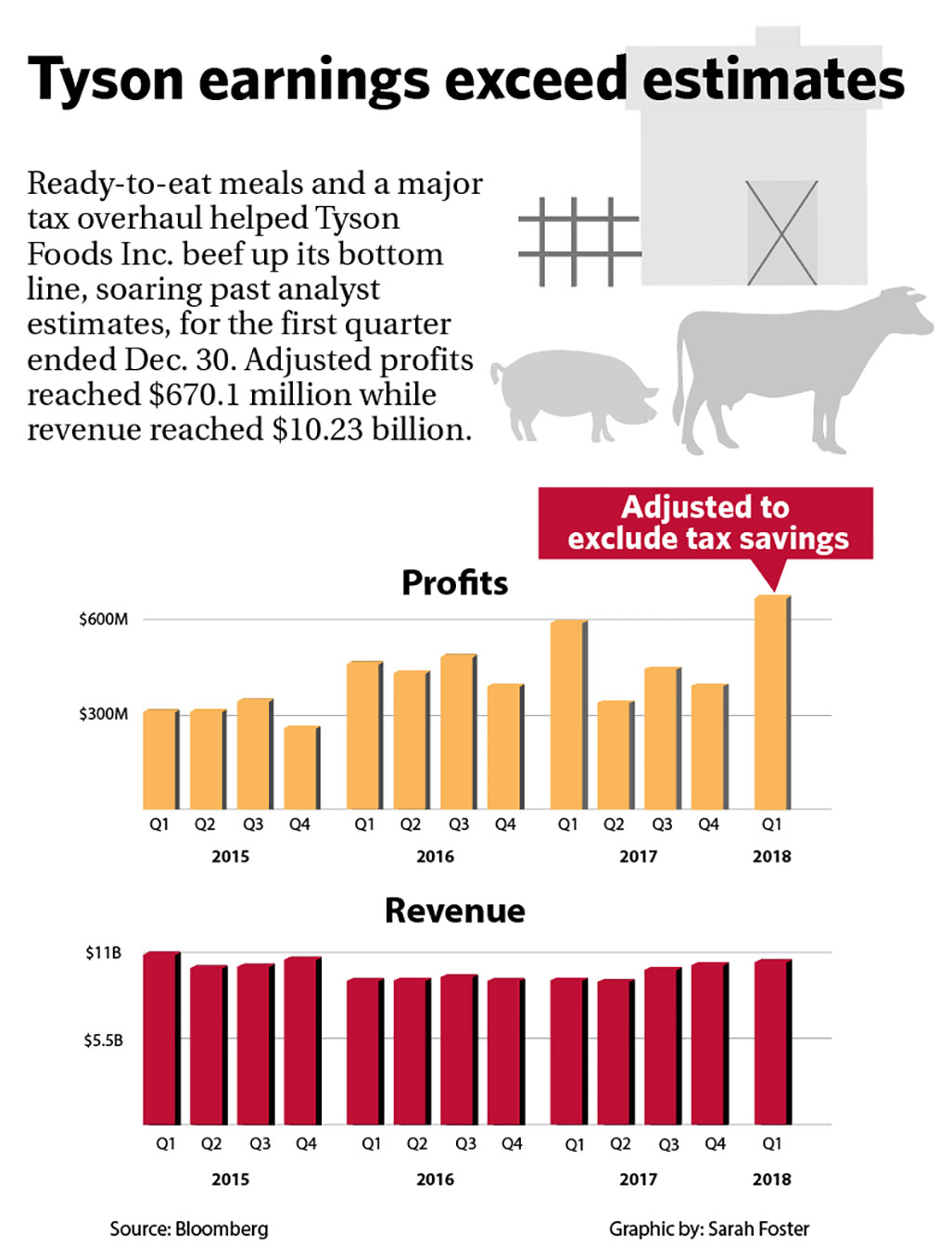 The Springdale, Ark.-based company sold more than $8 billion in beef, chicken and pork last quarter, compared with $7.49 billion a year earlier. Revenue growth was driven by increased exports and strong consumer demand for the company’s main segments — beef and chicken — and led by an increase in sales of prepared foods.

“We’re expanding our reach into new areas as we integrate the capabilities of Advance Pierre,” Hayes said. “As demand for protein grows, we’re well positioned to take advantage of this opportunity.”

Zain Akbari, equity analyst at Morningstar Inc., wrote in a note to investors, “We expect the acquisition to propel foodservice growth as Tyson’s value-added product portfolio expands, though we do not believe the prepared foods segment is large enough to confer an economic moat on the firm as a whole.”

Beef sales rose 10.2 percent, while sales in the chicken segment increased by 10.8 percent. Sales of pork decreased in the first quarter, due to weakening demand and price increases associated with higher livestock costs, the company stated in its press release.

Including the benefit of the lower tax rate, Tyson raised its fiscal 2018 forecast of adjusted diluted earnings per share to rise to $6.55 to $6.70. The company predicted that revenue in the second quarter ending March 30 would reach $9.8 million, slightly lower than in the first quarter.

The lower estimate is attributable to the seasonality of Tyson’s sales, said Stewart Glendinning, the company’s incoming chief financial officer.

The second quarter of the year is historically choppy, “with added margin pressure and increased freight and labor” costs, Glendinning said.