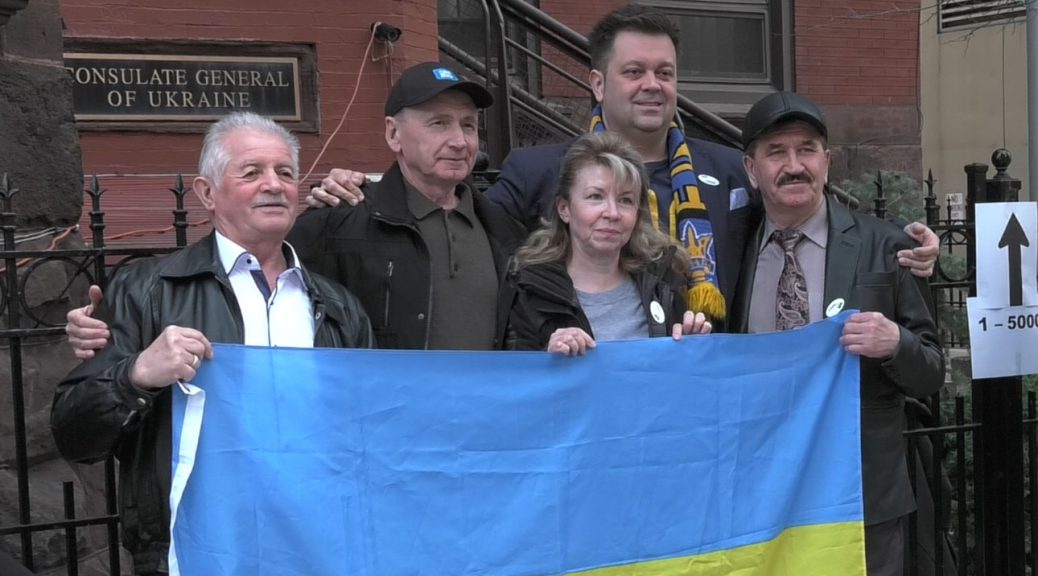 Ukrainians in Chicago cast their ballots on Sunday in the final round of the Ukrainian presidential election pitting incumbent president and oligarch Petro Poroshenko against comedian Voldomomyr Zelenskiy.

Zelenskiy triumphed in a landslide win of 72.3 percent and has pledged to continue Ukraine’s movement towards Europe after the 2014 Ukrainian Revolution.

However, Zelesnkiy’s victory came as a disappointment for many in Chicago’s Ukrainian community, who primarily originate from Poroshenko’s electoral heartland of Western Ukraine.

Photo at top: Hundreds of Ukrainians came to the country’s consulate in River North to cast their votes in Sunday’s election. Many wore traditional costume or carried Ukrainian flags and soccer scarves. (Andrew Sweeney/MEDILL)