Adventure Stage Chicago is currently developing a new stage play called Worthy. The play, a modern take on a classic fairytale explores how kids view self-image and how technology is so important in the way images are portrayed in the media. 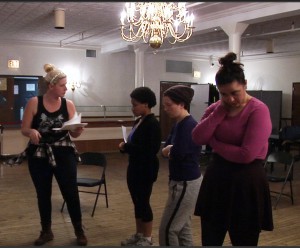 The creative process for the play began last spring when workshops were held in the community to see what issues kids and teens were dealing with. The workshops called ‘Story Circles’ were held in schools and after school programs.

Dani Bryant, creator of the play, explained that when she talked to kids in the classrooms to discuss how they felt about the ideas of fairy tales, she saw that they wanted to see a different type of story. For instance,  a princess who rescues a prince and to see a prince that doesn’t just play sports or fights, but someone who has an eclectic group of hobbies.

“The play is entertaining, but it also opens up the possibly for deeper engagement,” said Tom Arvetis, artistic director of Worthy.

The play uses comedy, music and puppetry and follows three princesses and once prince through story off self-discovery as they encounter an evil queen who challenges their thoughts about their own self-image.

“I hope when they see the play the kids who participated in the workshops will see a direct inspiration on stage and they will really connect with the subject matter, but for the kids who didn’t maybe do story circles they still have that feeling and that sense that we really listened to them,” said Bryant.

Audience members will also be able to engage with the cast through an app that is designed specifically for the show.

“It’s a game that were calling Worthy Words and it’s sort of mad libs style. It’s about challenging our audiences to rewrite stories. To take traditional narratives and formulaic fairy tales,” Gruber said. 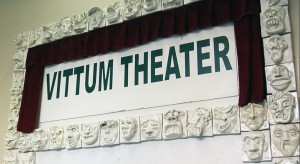 The play will be also available to students of Spanish speaking backgrounds and will be projected during the performance of the show.

Adventure stage Chicago is operated by the Northwestern Settlement and receives its funding for the various shows through ticket sales, foundation grants and donations made to the settlement specifically dedicated to the theater.

The grand opening of Worthy is April 25th at the Vittum Theater.