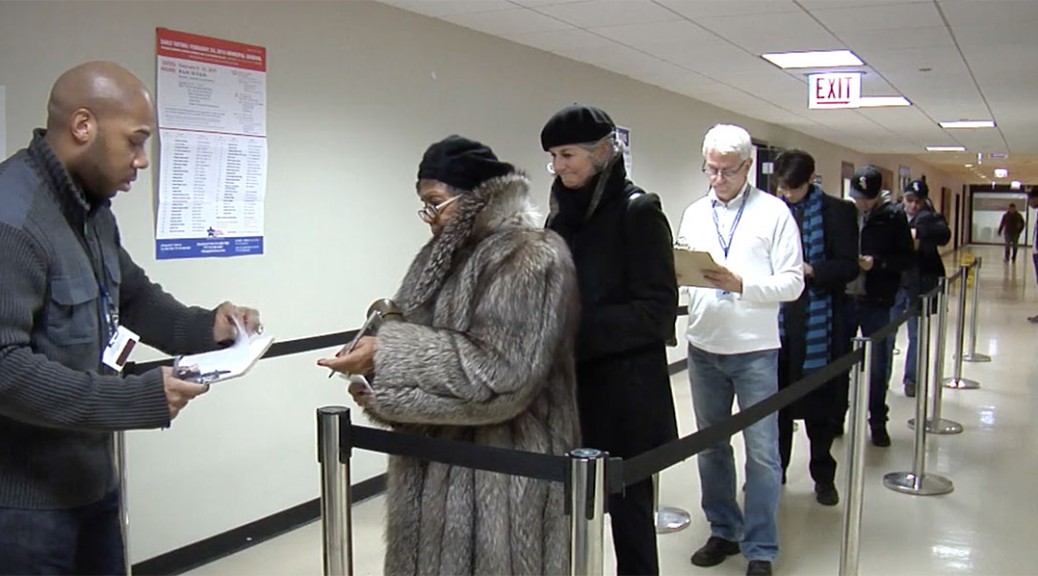 With election day for Chicago’s new mayor quickly approaching on February 24, early voting has already begun. The last mayoral election counted 73,000 early votes. At the end of the first week of early voting 21,000 ballots have been cast so far.

The city started its early voting program in 2006. In the beginning, early voter turnout was low, hovering in the tens of thousand. That changed during the 2008 presidential election when a whopping one-fourth of all votes cast in the city were early ballots. Since then, 12 to 17 percent of votes in every election have been cast early.

Photo at top: Chicagoans wait in line Friday to cast their ballots in the municipal election at a polling center in the Loop. (Adriana Cargill/Medill)