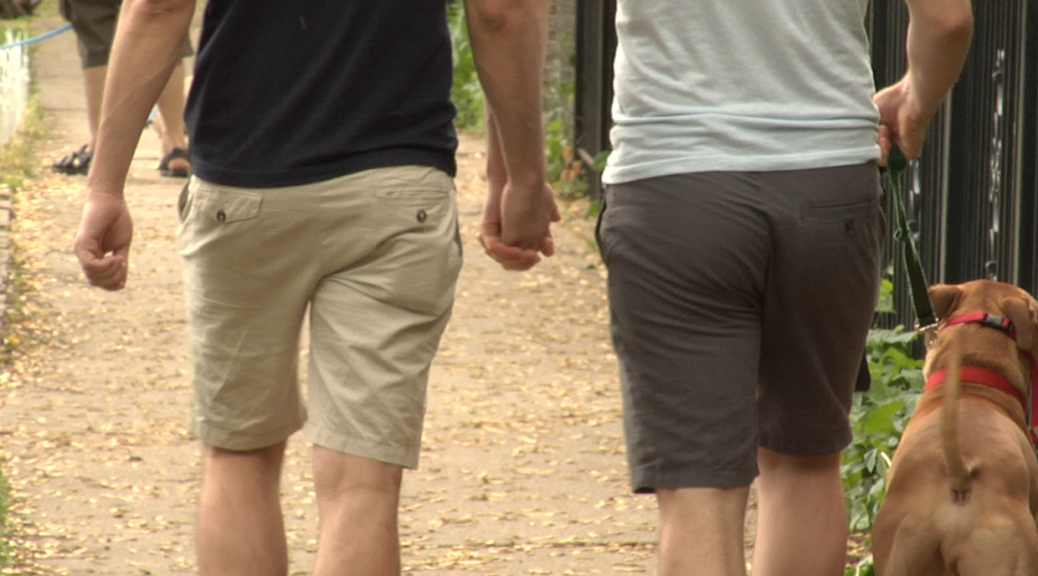 Hillary Clinton – the former First Lady, U.S. Senator and Secretary of State — announced her 2016 presidential bid with a video that’s left many talking about her sharp shift on marriage equality. Over the last few years, dozens of politicians have evolved on this issue. As a presidential candidate in 2008, Clinton opposed same-sex marriage but supported the idea of civil unions. Since then, polls show the number of Americans supporting same-sex marriage has increased dramatically. In 1996, less than 30 percent of Americans favored gay marriage and as of February 2014, more than half the country is supporting it.

Despite shifting her support after other prominent Democrats, Clinton’s change in thinking holds special meaning for one gay couple in Chicago. They were featured in Secretary Clinton’s announcement video.