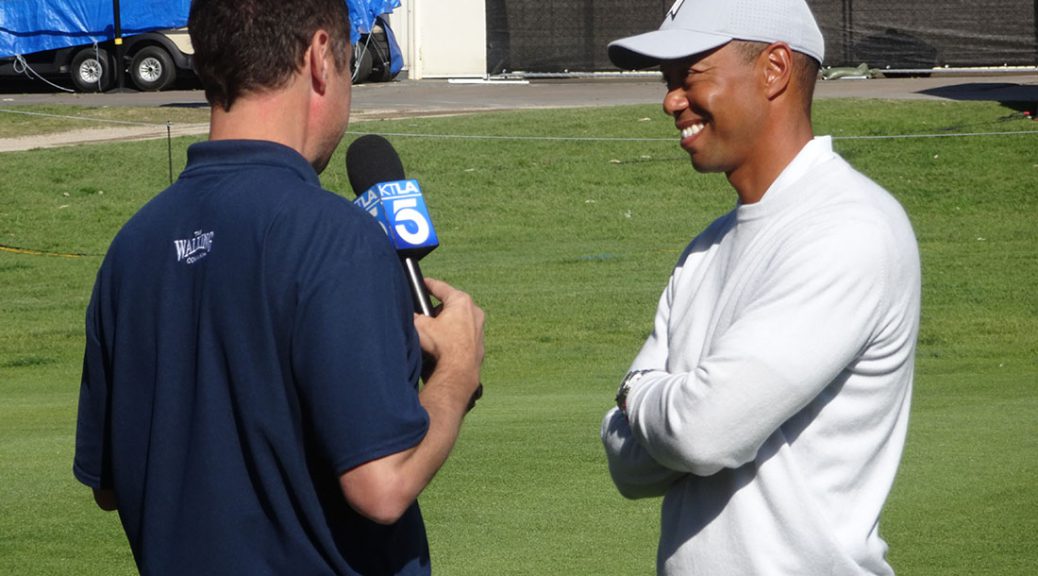 LOS ANGELES — Even a slight change in name gave the Genesis Invitational more weight on the PGA Tour this year.

The Genesis Invitational in previous years played in an Open format, fielding 144 golfers that play through a Monday qualifying round to earn a spot. The switch to the Invitational means that only 120 golfers with an exemption status can compete and that the winner will receive a three-year instead of two-year exemption on the PGA Tour.

“I think we all looked at it as an opportunity to liken Tiger Woods and his legacy to a couple of other players like Jack Nicklaus and Arnold Palmer,” PGA Tour director of communications Amanda Herrington said. “We have three events on the PGA Tour schedule which has 49 events total. There are three events: the Genesis Invitational, Arnold Palmer Invitational presented by MasterCard in Orlando and then the Memorial Tournament presented by Nationwide and that’s Jack Nicklaus’ tournament.”

While this is Woods’ fourth year to host the tournament, the “Invitational” title adds clout. It’s the first time in more than 10 years on the PGA Tour that a tournament which isn’t considered a major, Players Championship or World Golf Championships has hosted nine of the World Golf Rankings’ top 10 players.

Players who are fortunate to make the cut like to see an additional opportunity to up their game.

“It fits this course,” Keegan Bradley said. “This is such a great course, but a smaller field and also better players. Smaller fields are always better because you don’t have to beat as many people.”

The winner receives 500 FedEx cup points, which contributes toward his chances of winning the PGA Tour Championship. The prize purse with winning the Genesis Invitational also increased from $2 million to $9.3 million.

“I think it just increases how much the player want to win this,” Herrington said. “What other event can you win and then get Tiger Woods to shake your hand at the end of it?”

Photo at top: Tiger Woods speaks with the media on Tuesday, Feb. 11 at Riviera Country Club. Woods is hosting the Genesis Invitational for the fourth year in a row. (Annie Krall/MEDILL)