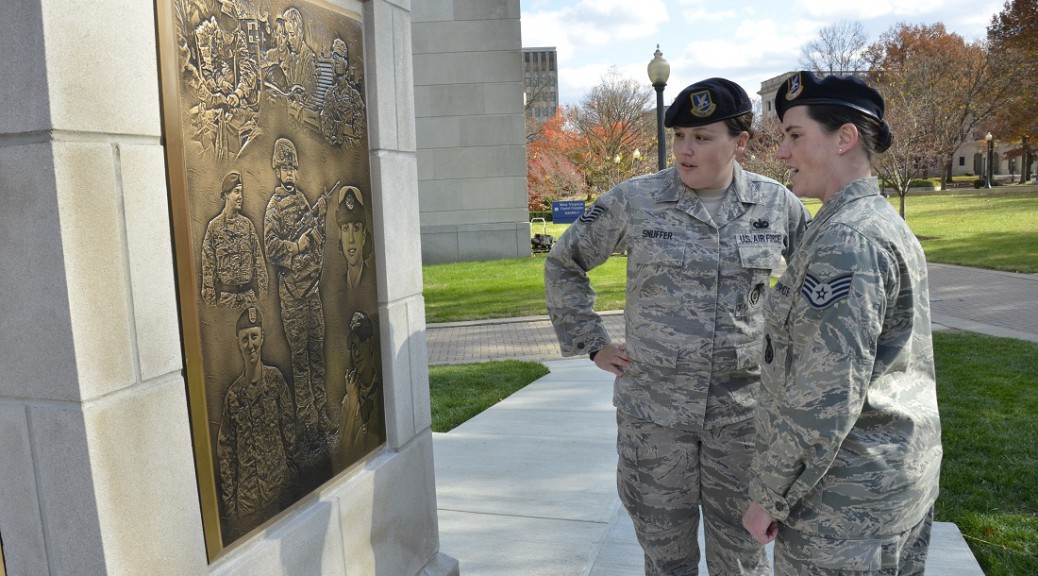 The initiative published  the study in the current issue of The Gerontologist just two months after the Obama administration announced all military roles will be open to women by April 1..

“We know the roles women are allowed to fulfill are expanding, including active combat,” said Gayle Reiber, one of the study’s researchers and a professor of health services and epidemiology at the University of Washington in Seattle. “We need to learn more to preserve and protect the health of women veterans.”

The Women’s Health Initiative began collecting data from 3,700 veteran women and over 158,000 non-veteran women in 1993 through surveys and questionnaires and continued to gather data over the following 20 years.

“The women veterans were less likely to survive the age 80 or over,” said Andrea LaCroix, another of the study’s researchers and a senior investigator at the Women’s Health Initiative Clinical Coordinating Center in Seattle. “They were more likely to reside in a residential living facility and were far less likely to have ever married.”

Though it was an observational study, LaCroix offered some suggestions as to why these trends occurred.

“These were independent, pioneering women who joined the military in the 1940s, 50s and 60s,” she said.

LaCroix  noted that this independence combined with their embracing nontraditional occupational roles may have decreased their likelihood of marriage and childbearing. Those decisions may have resulted in fewer social supports and greater social isolation later in life.

According to experts here, the U.S. Department of Veterans Affairs has been taking steps in recent years to better understand the needs of women veterans and support them throughout their lives.

“The VA has been viewed as an institution that predominantly serves men,” said Jenny Sitzer, women veterans program manager at the Jesse Brown VA Medical Center in Chicago. “Over the last two decades, the VA has really made an effort to change that perception.”

Sitzer explained that every VA health care facility in the country now has a women veterans program manager to serve as a resource to female patients. She has served as program manager at Jesse Brown’s Women’s Center for three years, helping these veterans navigate the health care environment and access appropriate resources in the community. The center currently has about 4,300 women veterans enrolled, ranging from late teenagers to veterans of World War II.

“It’s not just a health care institution—we provide vocational counseling, educational support, and housing services,” Sitzer said. “We pair each client with a social worker who guides the veteran to whatever resources they need, for them or their family members.”

“We need to do more research in this area, we need to understand this better,” Reiber emphasized. “But these findings are important.”

U.S. Army veteran Rochelle Crump, who served in the Women’s Army Corps from 1971-1973, explained the prevalence of unhealthy behaviors among those who serve in the military, which could contribute to these higher health risks and lower life quality.

“Many have physical disabilities for knees or feet and ultimately don’t exercise because of constant pain, so any bad diet contributes to obesity,” Crump said. “Many have Post-Traumatic Stress Disorder and Military Sexual Trauma and smoke. We have smokers in our organization who fit this scenario, and although a few are not overweight, the majority are.”

According to the VA, more than 2 million, or 8 percent, of the 21 million U.S. veterans alive today are women, with that number expected to increase to 15 percent by 2035. The latest expansion of military roles available to women will open 220,000 positions that were previously reserved for men only.

“Nationally, women are outpacing men in terms of enrolling in VA health services,” Sitzer said. “They are enrolling at twice the rate because the female veteran population is growing and enlisting in the military at a much higher percentage.”

Reiber and LaCroix’s study, however, found that only 32 percent of women veterans nationwide are enrolled to receive health care from the VA.

“Some have walked away from the VA due to a bad experience, such as poor customer service from a non-veteran, waiting too long or a miscommunication that led to anger and the lack of sensitivity of the caretaker,” Crump said.

On the other hand, the Jesse Brown VA Medical Center is introducing new, integrative forms of medicine that have been largely popular with women patients.

“It’s a holistic, alternative approach,” Sitzer said. She explained how a patient with chronic pain could explore other modalities for treatment, including meditation, yoga, acupuncture and equine therapy. There is also a clinical nutritionist available for patients.

“Women need to be treated differently—we have special needs,” LaCroix said. “What works for the good old guys doesn’t necessarily work for us.”