This year, thousands of men, women and children gathered in downtown Chicago and marched their way from Grant Park to Federal Plaza at Clark and Adams streets. Then part of the crowd continued on to Trump Tower.

The cold and drizzle did not stop the crowd from connecting and chanting out their messages. And, what is worth noticing is that people with signs concerning Donald Trump led the troop at the forefront, focusing on immigration, intolerance and climate change. 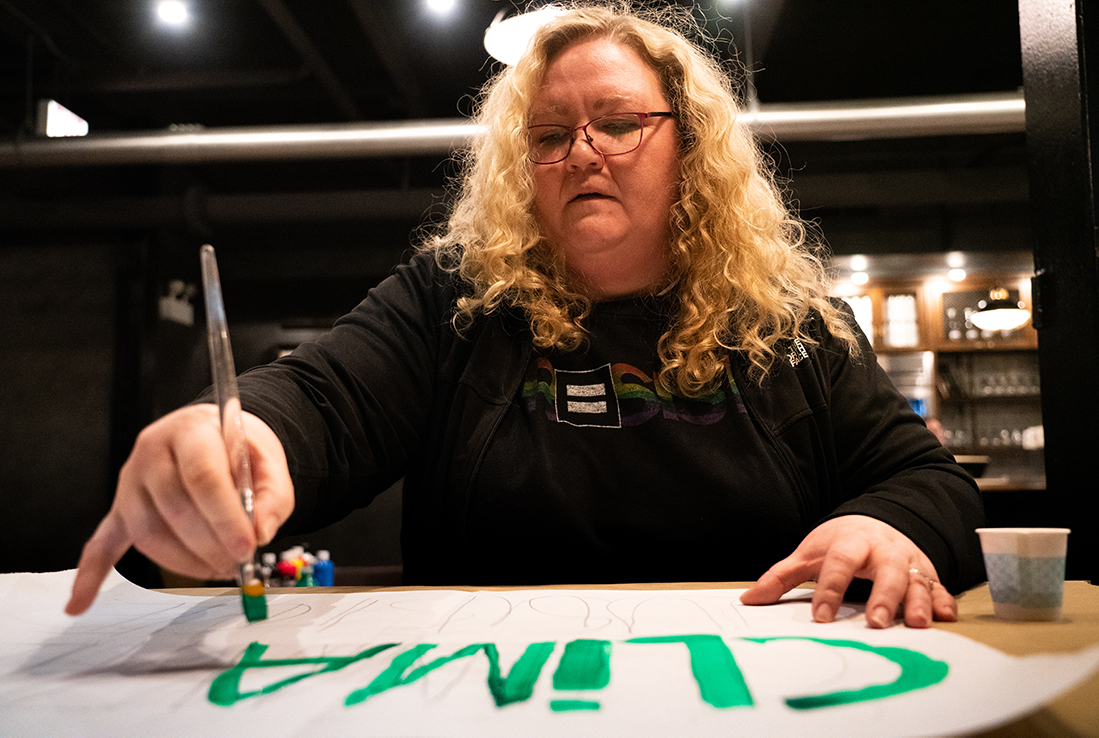 At a sign-making event two days before the march, Kelly Jameson of Keeper Designs planned on making three signs – “Climate Justice,” “No more lies,” and “All roads lead to oil.” She has always been an activist on social issues, but “right now it’s really complicated, with Iran and so much shit going on. How can anybody deal with it?” said Jameson. 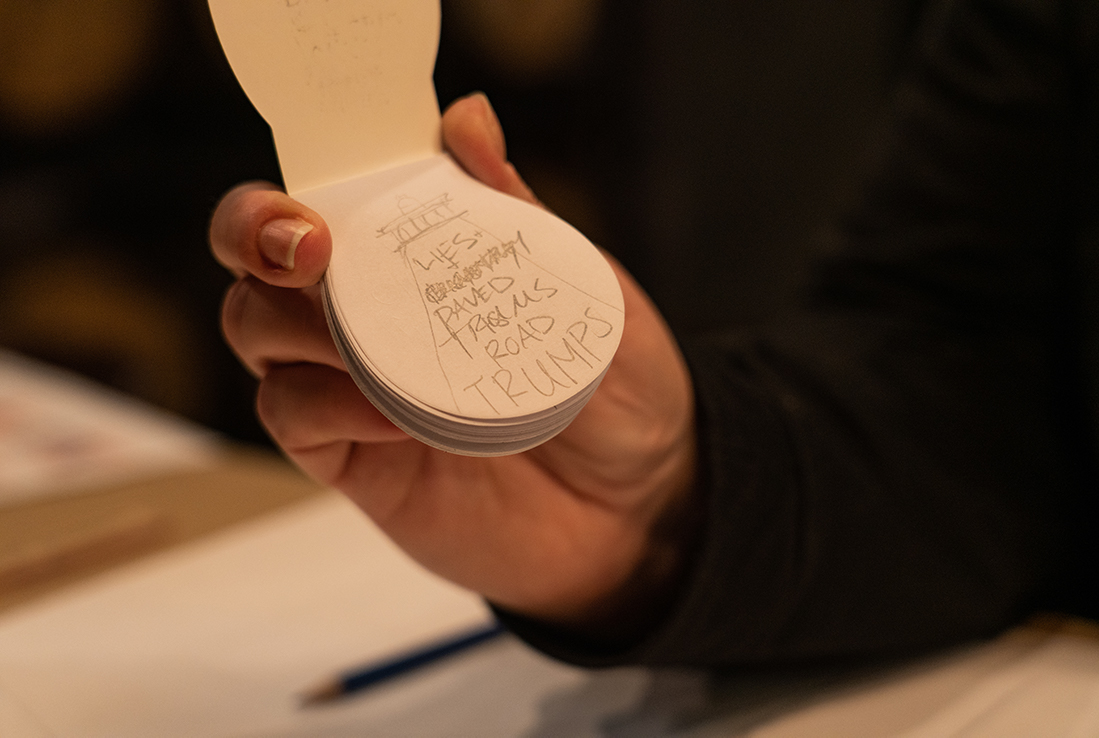 Jameson has been deciding what to put on the signs for quite some time, and she kept her notes whenever words popped up in mind. “Lies came up here a lot,” she said. 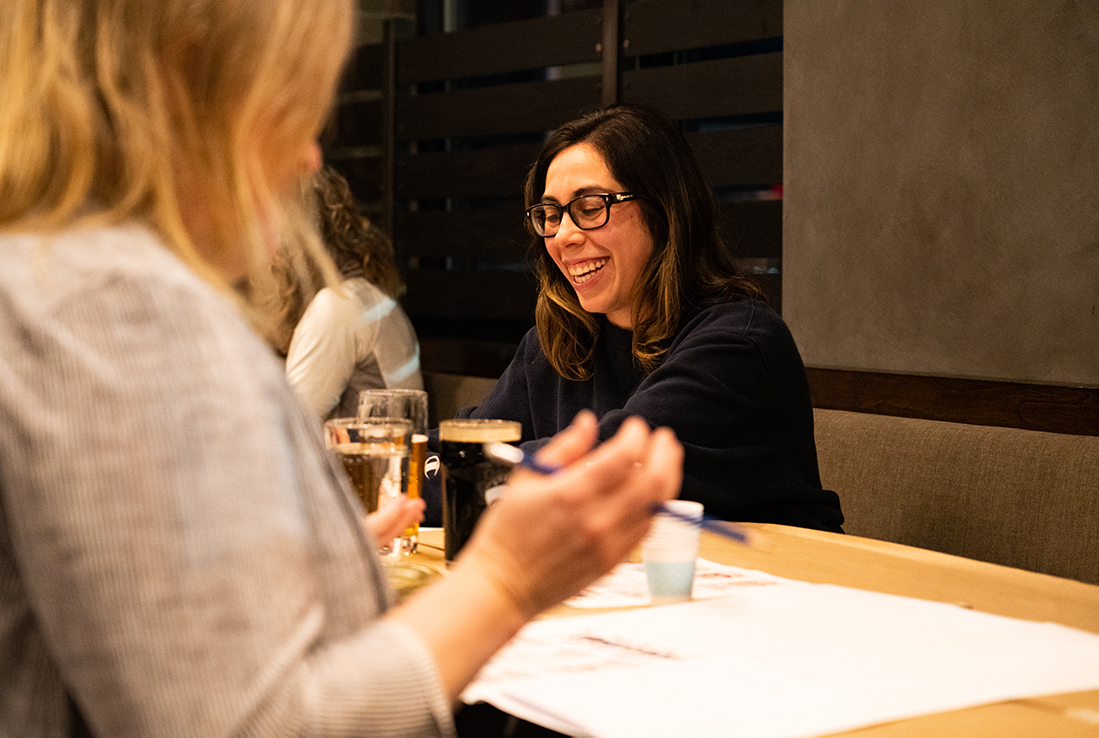 Diana Rodriguez is a brewer at Goose Island brewery. She works as hard as everybody else in the team but, in a male-dominated workplace, her words are not always taken seriously, she said. “A lot of times, people would ask questions and I would answer them. But then they would look at a guy to reassure him. They just wouldn’t trust my information so much as they would trust men,” she said. “Why wouldn’t anybody believe what I’m saying?” 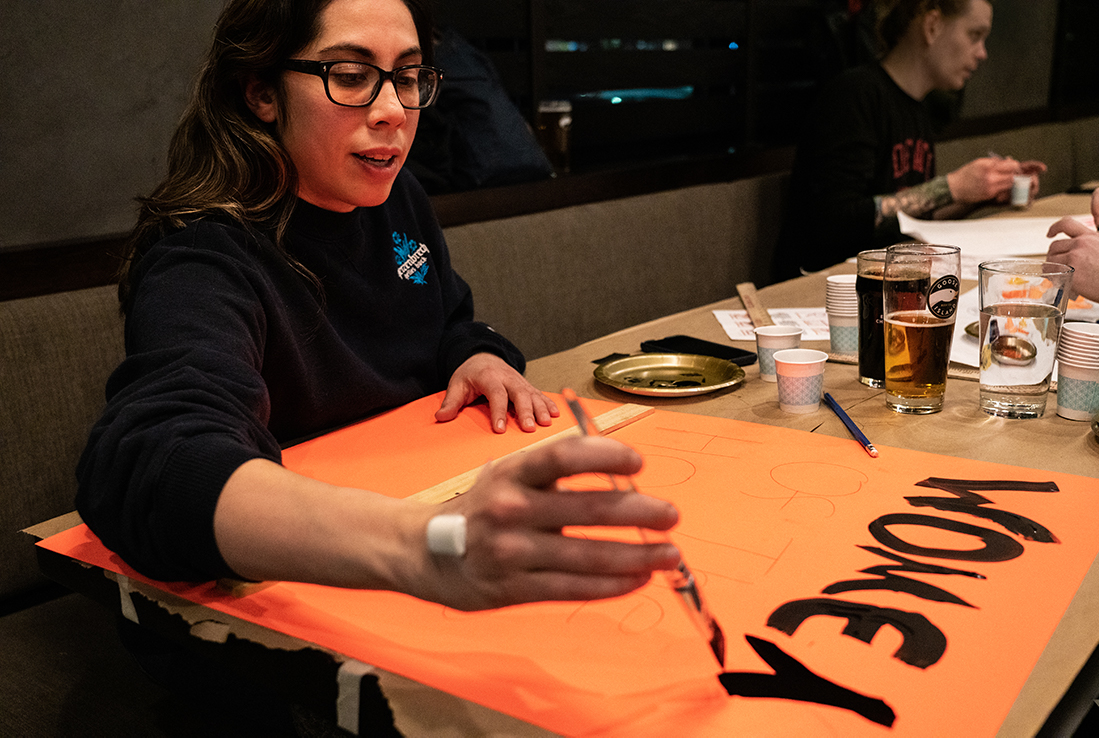 This year, she made a sign reads “Women of the house” to support women empowerment in the White House, the brewery house and private households. 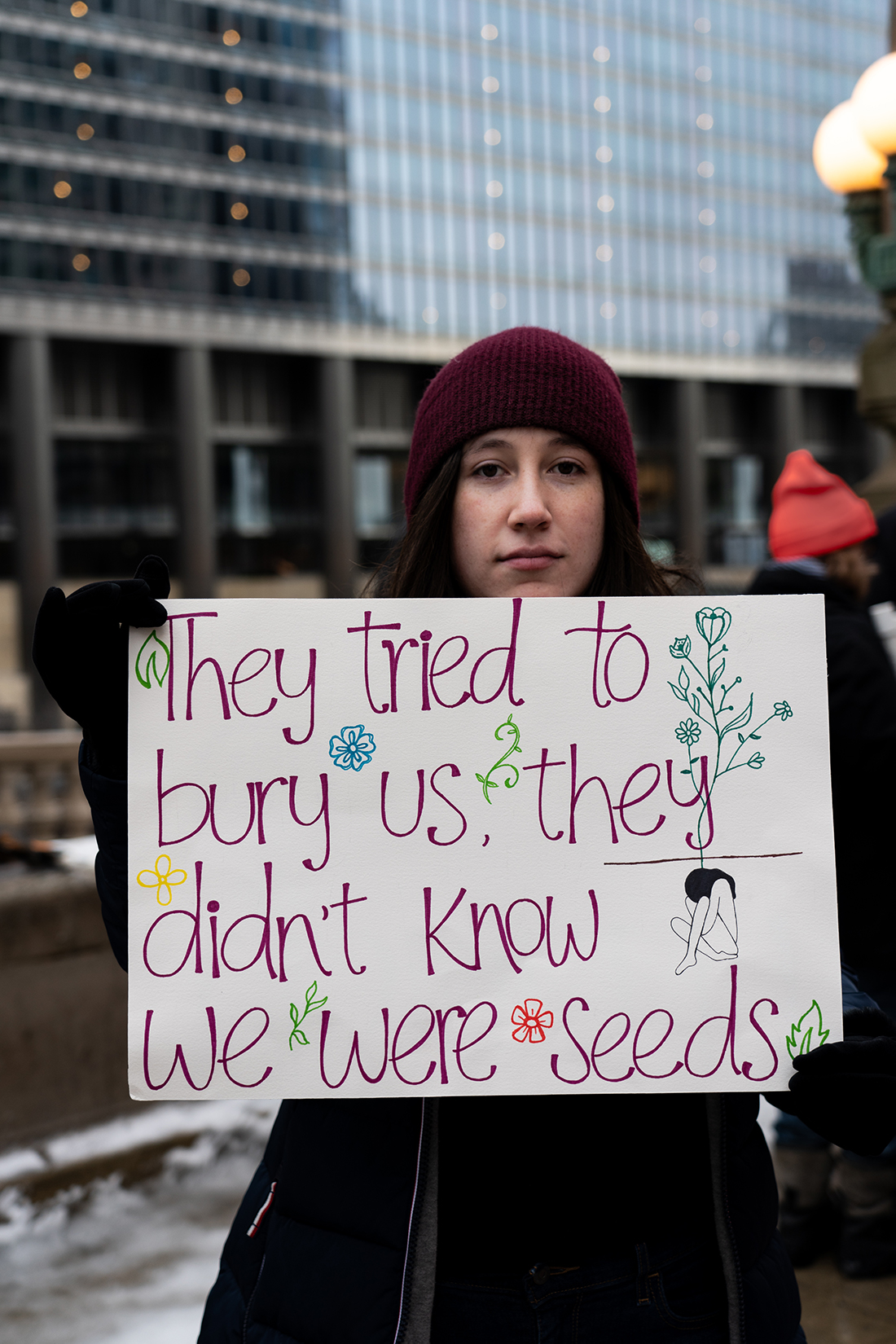 This was the first time that Laura Perez participated in the Women’s March.

“Seeing so many people sharing your ideas and what you fight for, it made you feel like you’re not alone,” said Loyola University student Laura Perez.

Perez, who is from Colombia, is a student at Loyola University. Her hometown – Bogota, Colombia — has elected a female mayor for the first time in history. “The revolution would be feminist,” said Perez, and she remains hopeful about conquering gender inequality in Colombia in the future. 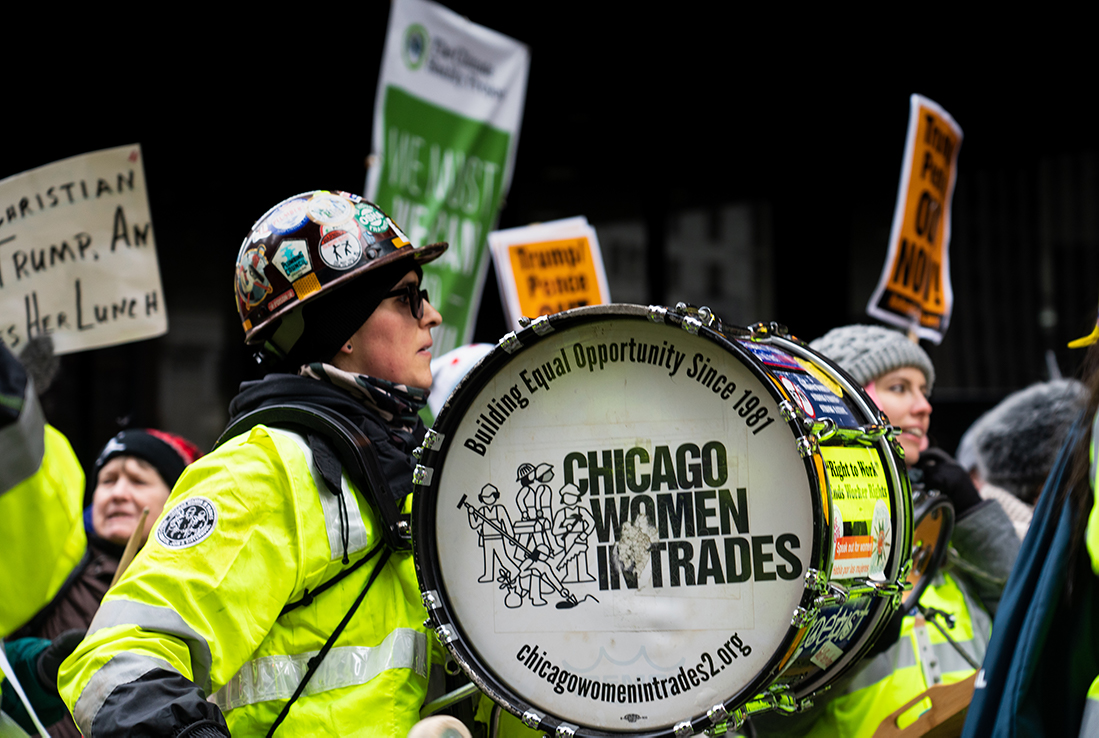 With the Chicago Women in Trade’s drumbeat setting the pace, joy and excitement filled the two hours of marching.  All kinds of signs moved like a floating newsreel of issues for 2020. 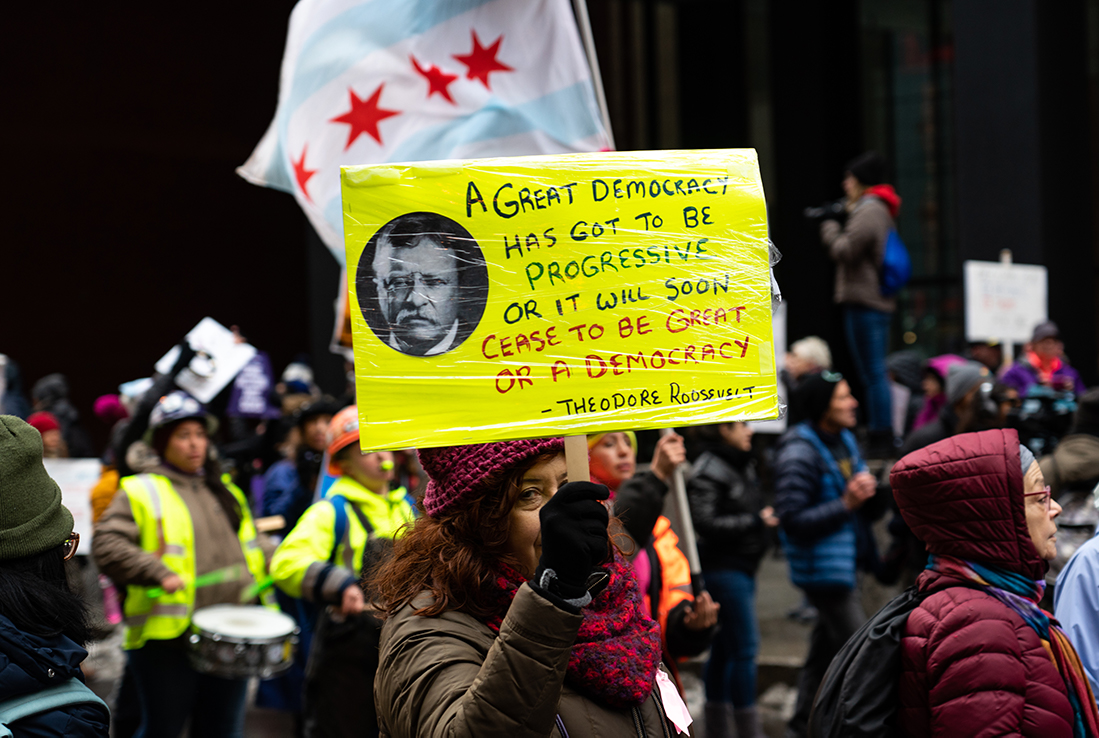 Photo at top: The 2020 Women’s March brought thousands of marchers to downtown Chicago and cities across the country. (Photos for this story: Wanying Zhao/MEDILL)