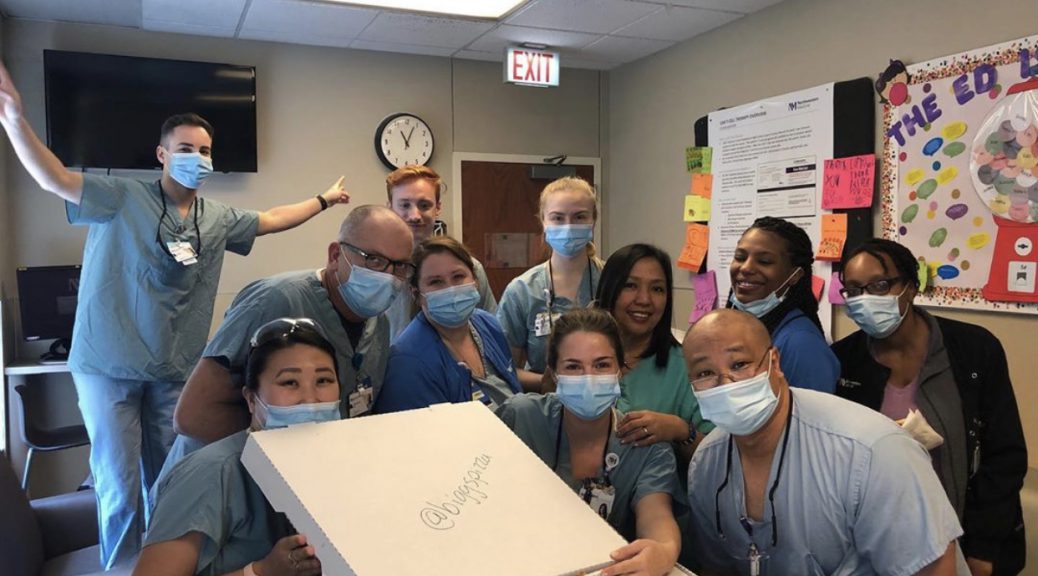 Owner of Wrigleyville’s Big G’s Pizzeria, Jaimie Gamez, wanted to find a way to keep his doors open while giving back to front line workers at hospitals.

“I know I had to do something,” Gamez said. With the idea of having people donate money to his store in exchange for pizza deliveries to local Chicago hospitals, he took to social media and began a campaign.

After a little more than a month, Big G’s Pizzeria has delivered more than 1,100 pizzas to hospitals in Chicago. Northwestern Memorial Hospital nurse Lindsey Gradone says she’s grateful to receive donated food during such a critical time.

“It means the world to us to know that people are at home and they’re thinking of us,” Gradone said.