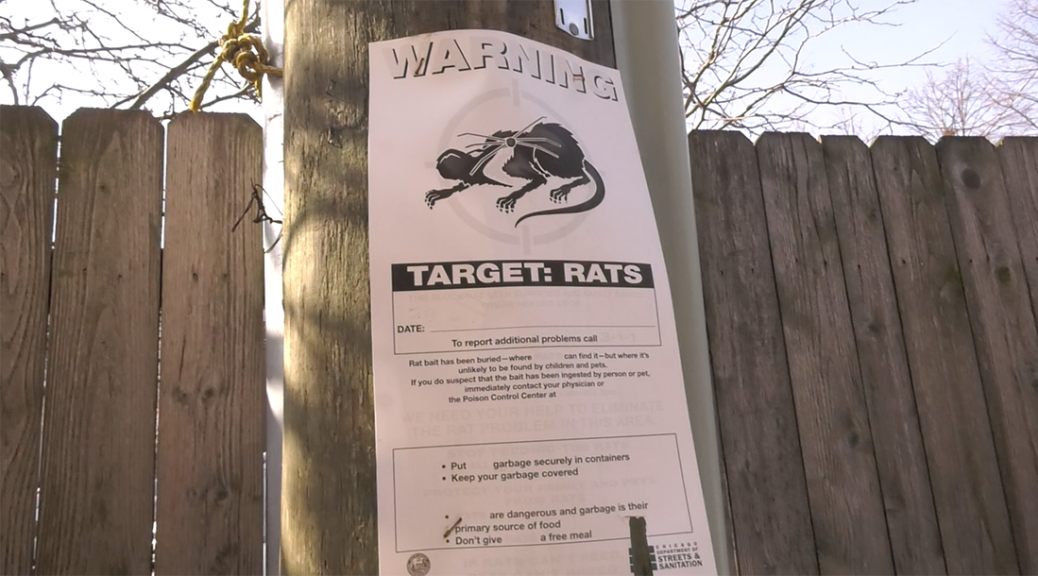 As Chinese New Year celebrations have long come and gone earlier this year, 2020 marks the Year of the Rat.

While the rat is a sign of wealth in the Chinese zodiac, it is quite the opposite for the city of Chicago. For the city, this rodent poses major problems.

Chicago still ranks #1 as the rattiest city in the America, according to a 2018 survey conducted by Renthop. Last year alone, there were over 40,000 rat complaints filed, and the number keeps increasing.

“We have watched rodent programs put out by the city of Chicago not being afforded. The teams have dropped down so there is no real way to keep up with a landmass this big even in just Chicago proper. We have watched the rat problem skyrocket all over the city.”

Photo at top: A sign posted in the Old Town neighborhood of Chicago warning residents of rats. (Jenny Ly/MEDILL)