Residents and business owners, hopeful for an economic renewal, attended to hear how Cox intends to pump $750 million of public funds into 10 historically neglected neighborhoods on Chicago’s South and West sides.

“New York and L.A. are growing. Chicago is the only global city in America whose population is declining,” said the New York native and former Detroit planning chief.

Cox is credited with rejuvenating disinvested parts of the Michigan City that resemble Chicago’s own struggles.

“This is a troubling trend that we think we know how to reverse,” Cox said. 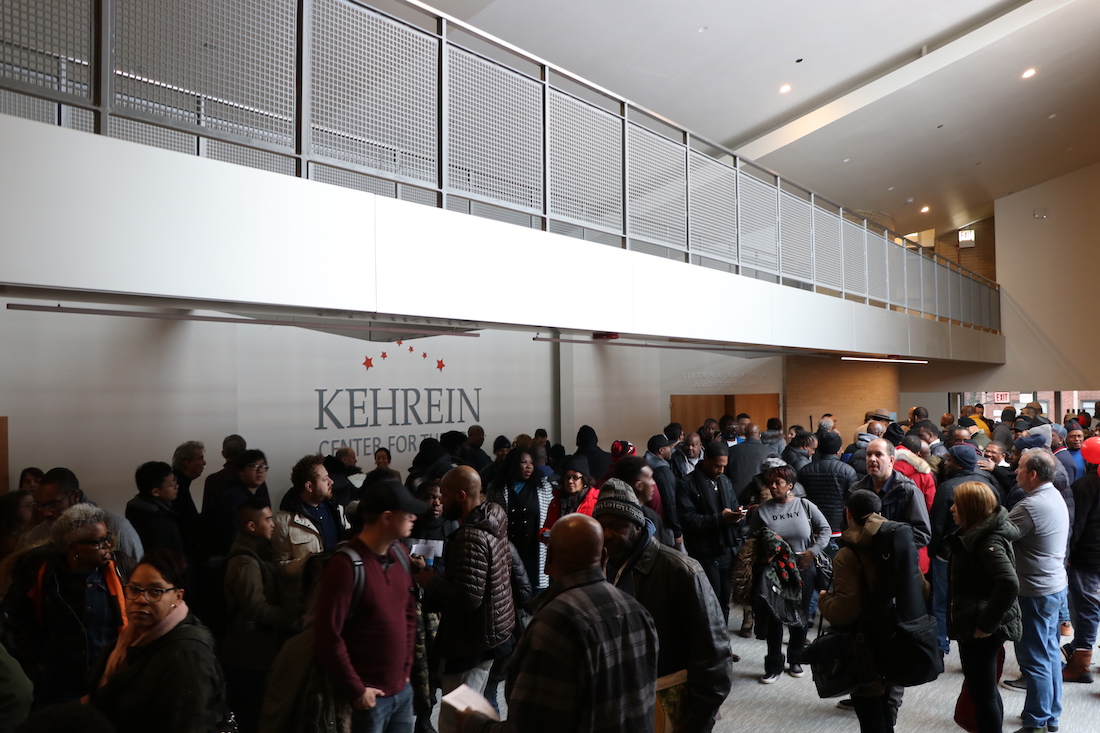 More than 600 community members gathered at the Kehrein Center for the Arts in Austin on Jan. 18 for Ithe kickoff event of NVEST South/West, a program to invest $750 million of public funds in 10 South and West side neighborhoods. The program includes existing projects, such as CTA station improvements and new investment in commercial corridors. (Joel Jacobs/Medill) 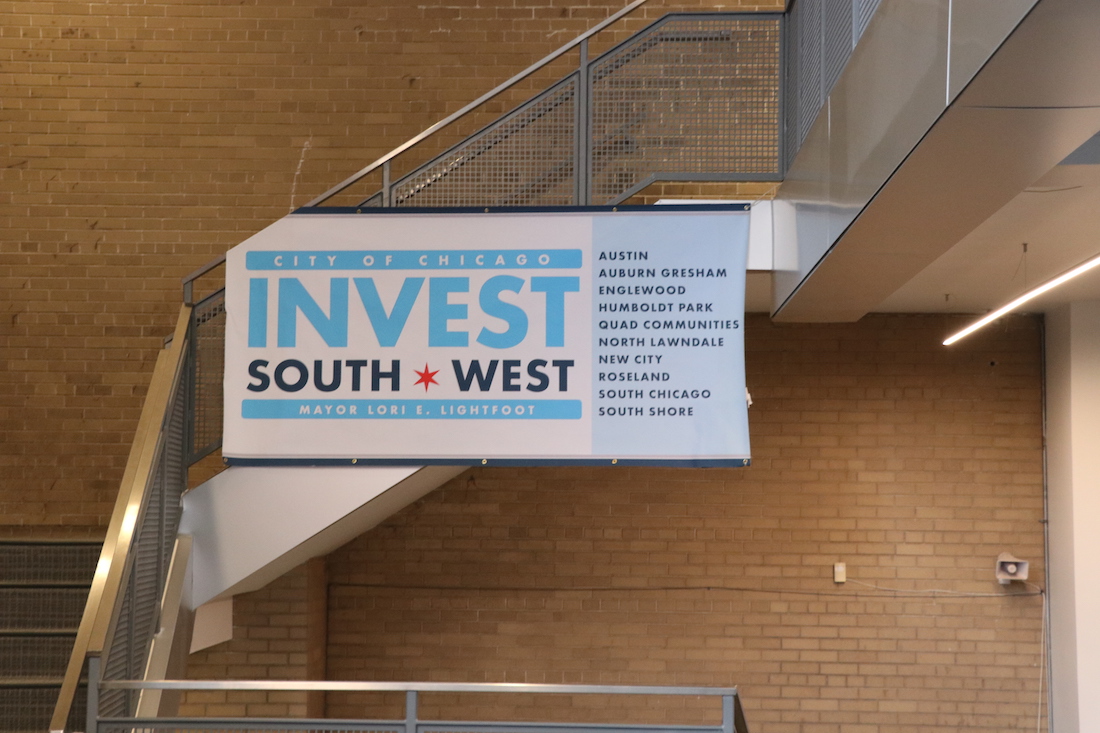 The Chicago Department of Planning and Development (DPD) hosted four kickoff events across the city to raise awareness about the program and gather community input. The Jan. 18 event focused on the Austin, Humboldt Park and North Lawndale communities on the West Side. (Joel Jacobs/Medill) 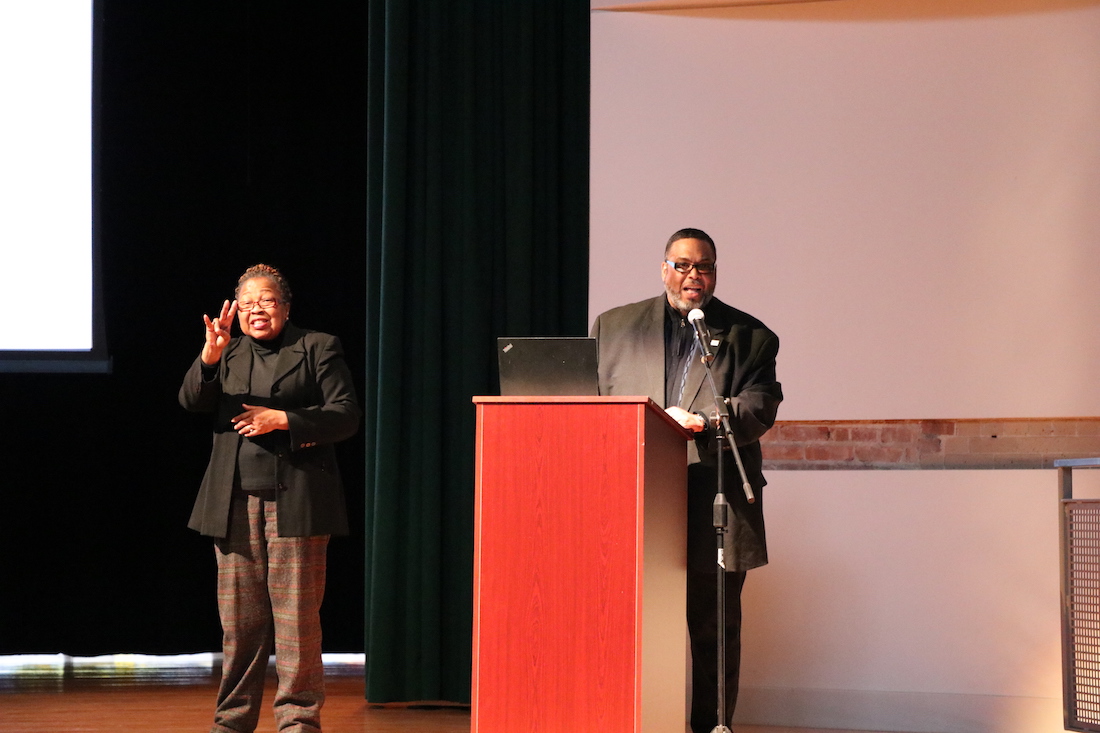 Ald. Chris Taliaferro (D-29th Ward), who represents part of Austin, applauded the program. “This is a new day for the city,” he said. “This is a new investment for the city. So let’s get excited about bringing opportunities back to the West Side of Chicago.” (Joel Jacobs/Medill) 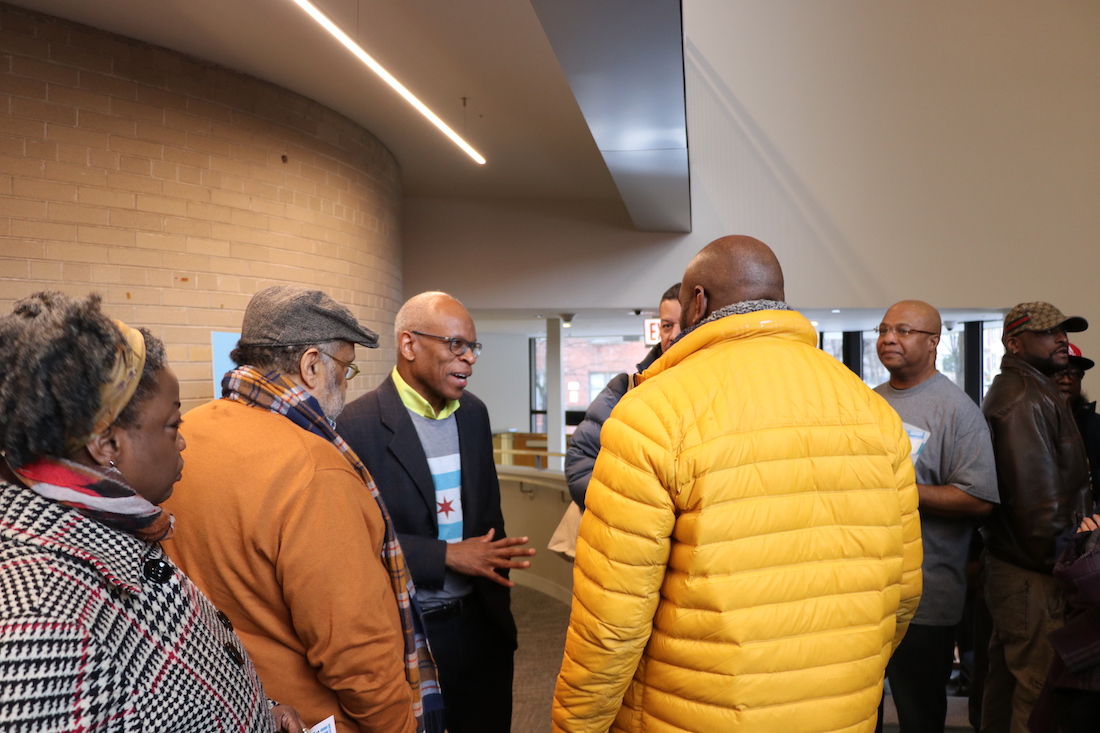 Maurice Cox, the head of DPD, emphasized that INVEST South/West is meant to spark more private investment in the South and West Sides. “We point the way and we tell the private sector, 'Go here. Look at this public investment, this is where you want to be.'” (Joel Jacobs/Medill) 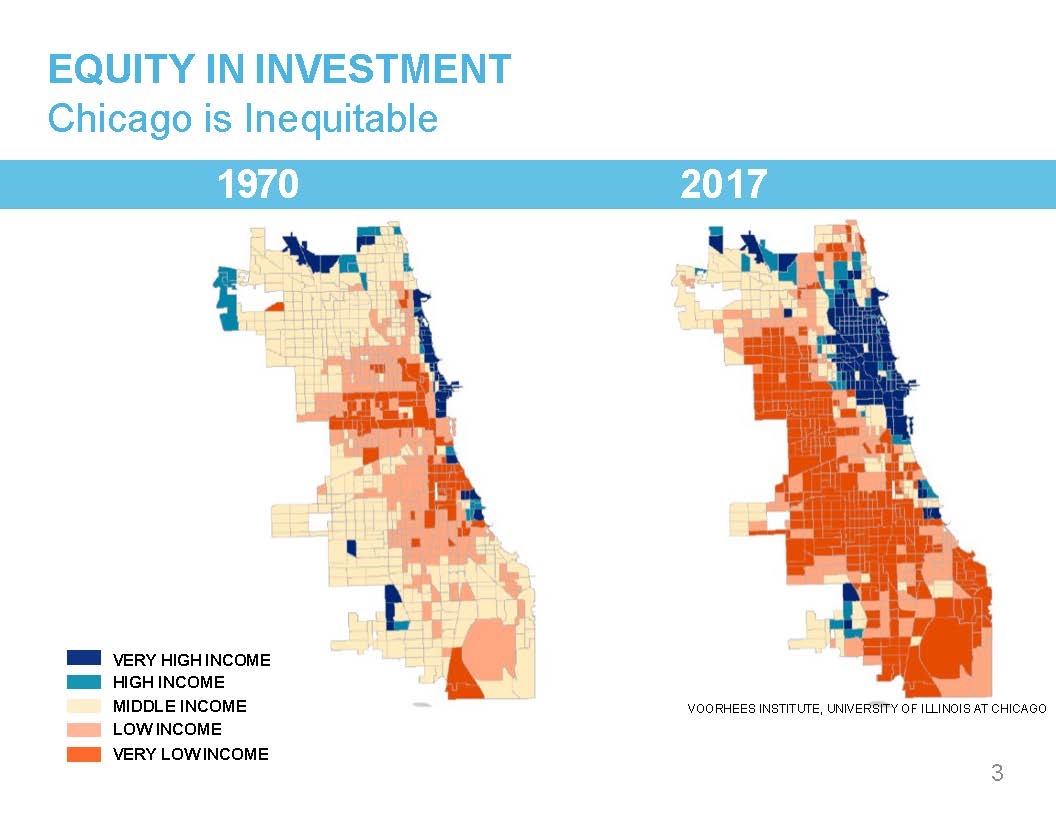 A map of Chicago’s rising inequality, a map that Cox showed during his opening presentation. “This was a result of public policy,” he said. “But if it was public policy that created this map, public policy can make a new map, and that’s what we’re here to do.” Predominantly black communities on the South and West Sides have historically been impacted by segregation, disinvestment and predatory lending, as well as the decline in manufacturing. (Source: City of Chicago) 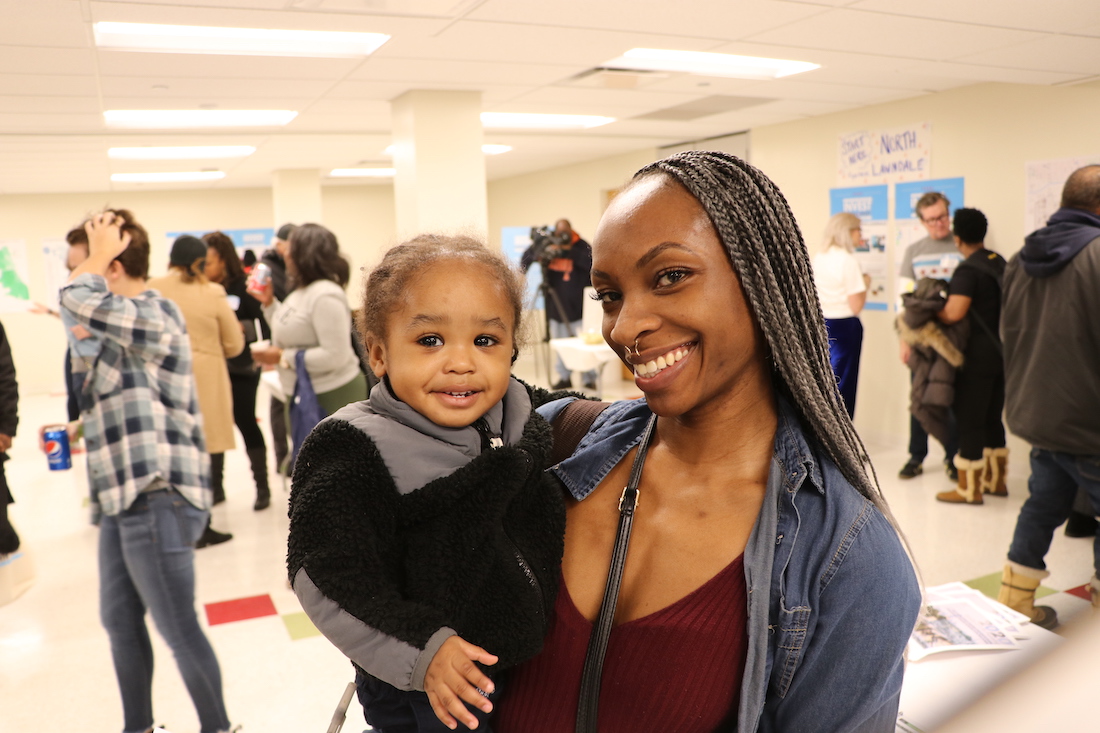 Sade Adejumo (right), an Austin resident, appreciated that the presenters highlighted the disparities between the North Side and other parts of the city. “Those neighborhoods have become richer and our neighborhoods have become poorer.” She is excited about the program’s potential to help bridge the gap. “I think it’s definitely needed; it’s been a long time coming … I hope it’s not just a hype-type situation,” she said. (Joel Jacobs/Medill) 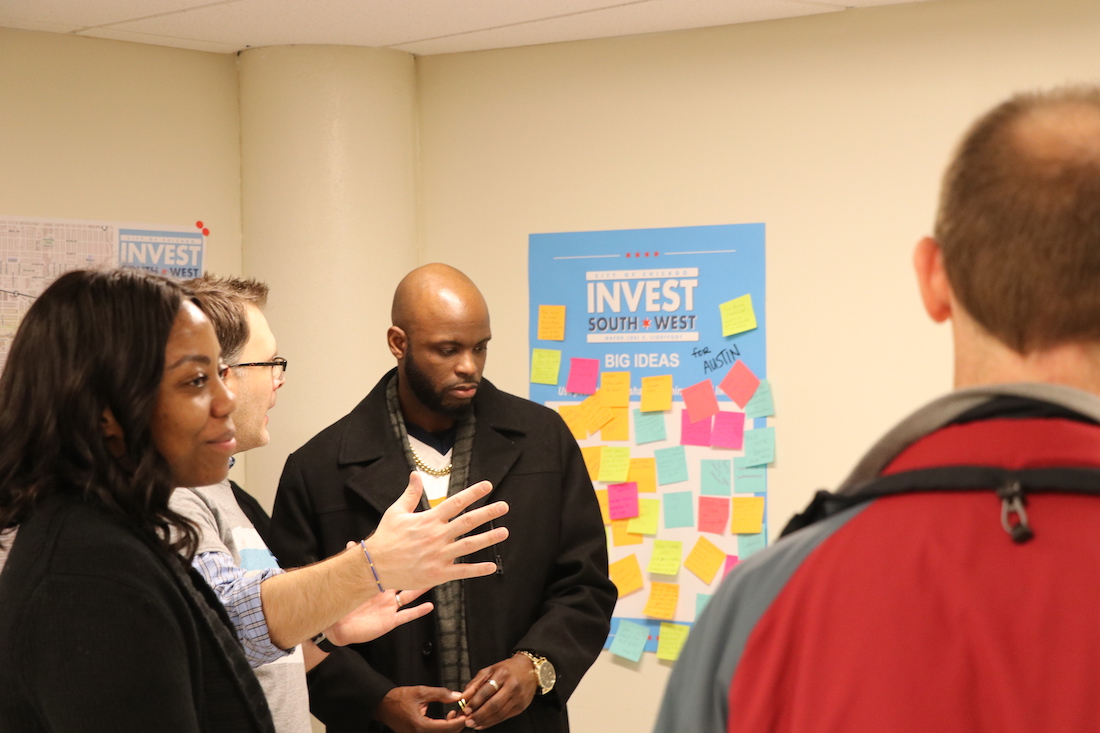 Jovan Crawford (center), a lifelong resident of Austin, sees the INVEST initiative as a good start. He plans to open up a co-working space in Austin in April. “There’s a lot of distressed properties, a lot of opportunities. And there’s a lot of people that love the community and would like to see things happen.” (Joel Jacobs/Medill) 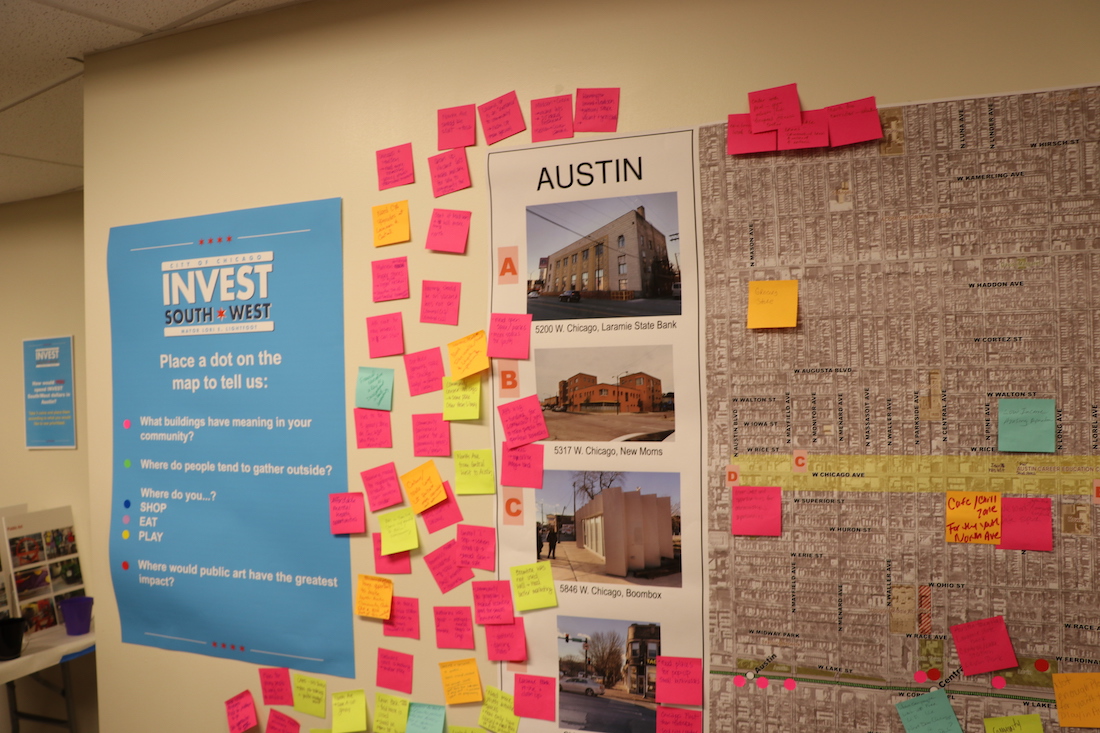 Displays at the event encouraged residents to give their input about how and where resources should be targeted. Residents emphasized new spaces for youth activities and investment in local businesses. “The results are supposed to reflect community desires and needs, and no one knows that better than the people who live and work here,” said Peter Strazzabosco, deputy commissioner of DPD. (Joel Jacobs/Medill) 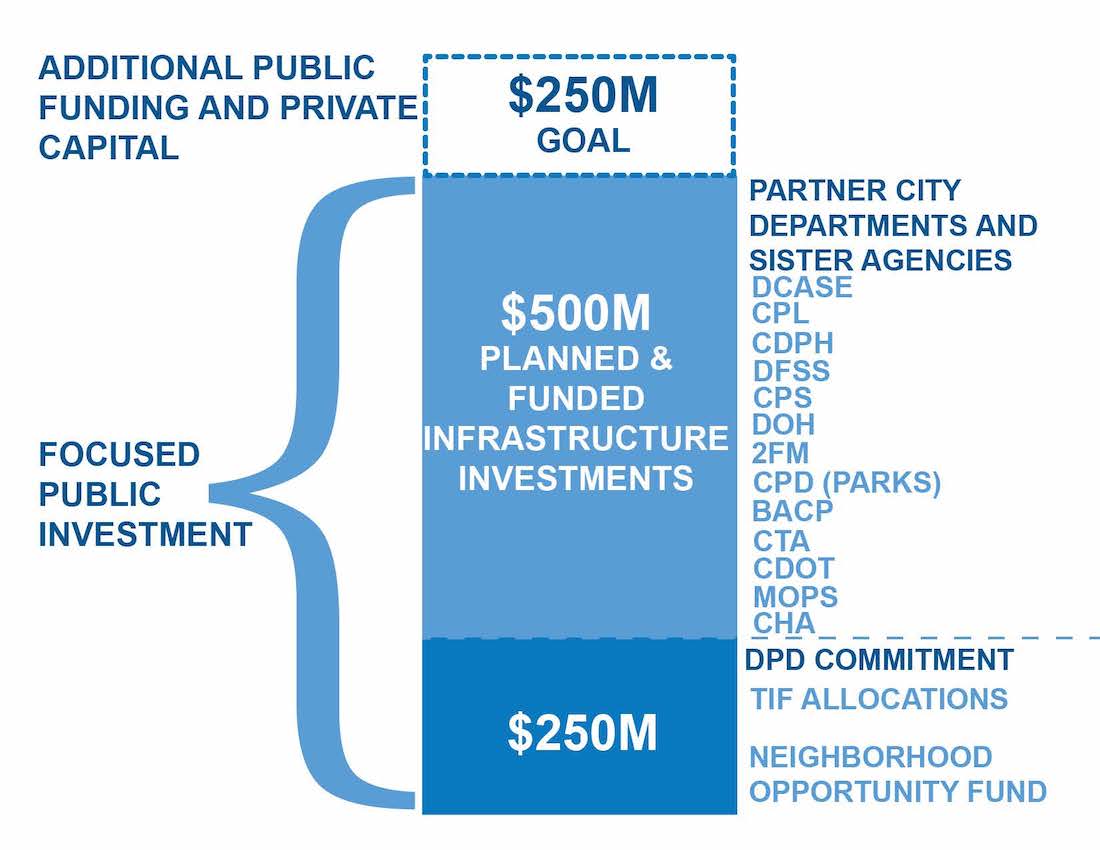 Some $500 million in public money has already been allocated for projects, such as improvements to the CTA Green Line. An additional $250 million provided by DPD is not yet allocated. Most of this funding comes from the Tax Increment Financing (TIF) program, which is meant to spur investment in “blighted” neighborhoods, but has faced criticism due to plans to use TIF funds to subsidize the Lincoln Yards and The 78 developments, both located in wealthier areas of the city. “I don't think [TIF] would be so controversial if it had been used on the South Side and the West Side,” Cox said. (Source: City of Chicago) 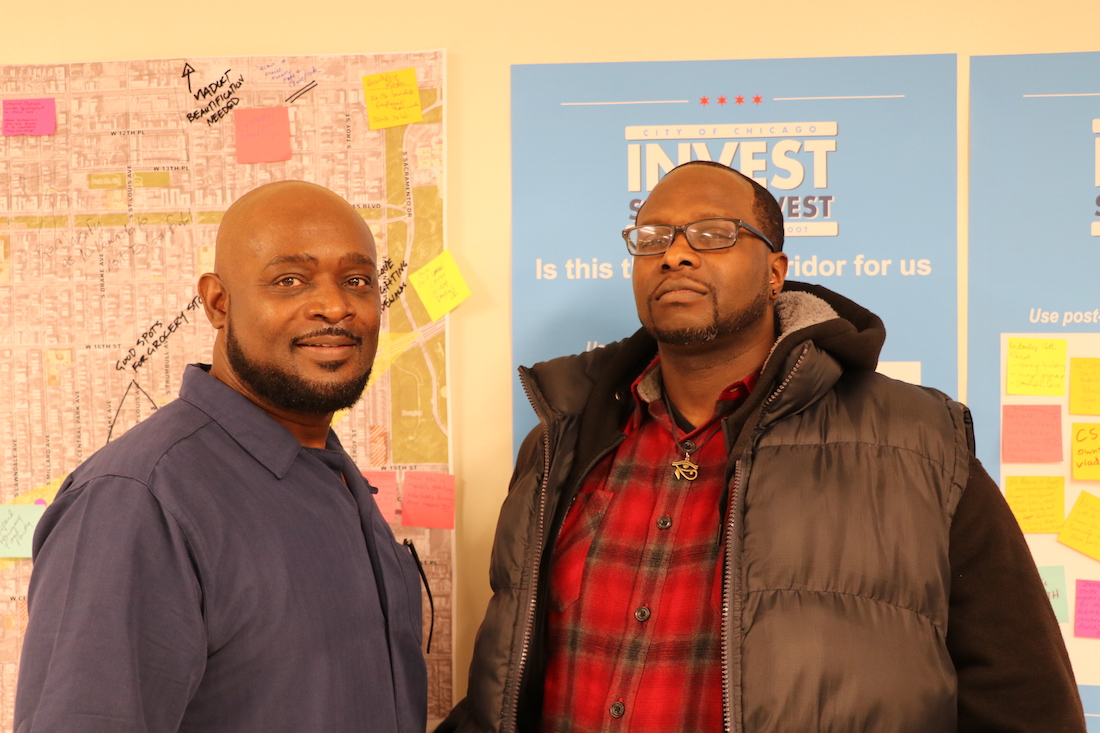 Humboldt Park resident Patrick Worthy (left)and Daryl Satcher of Oak Park. Satcher owns a production company in Austin. He described himself as “cautiously optimistic” about the initiative. Worthy felt the same. “Everyone in this room is looking for results, but until the results come it's just action that's been planned.” (Joel Jacobs/Medill) 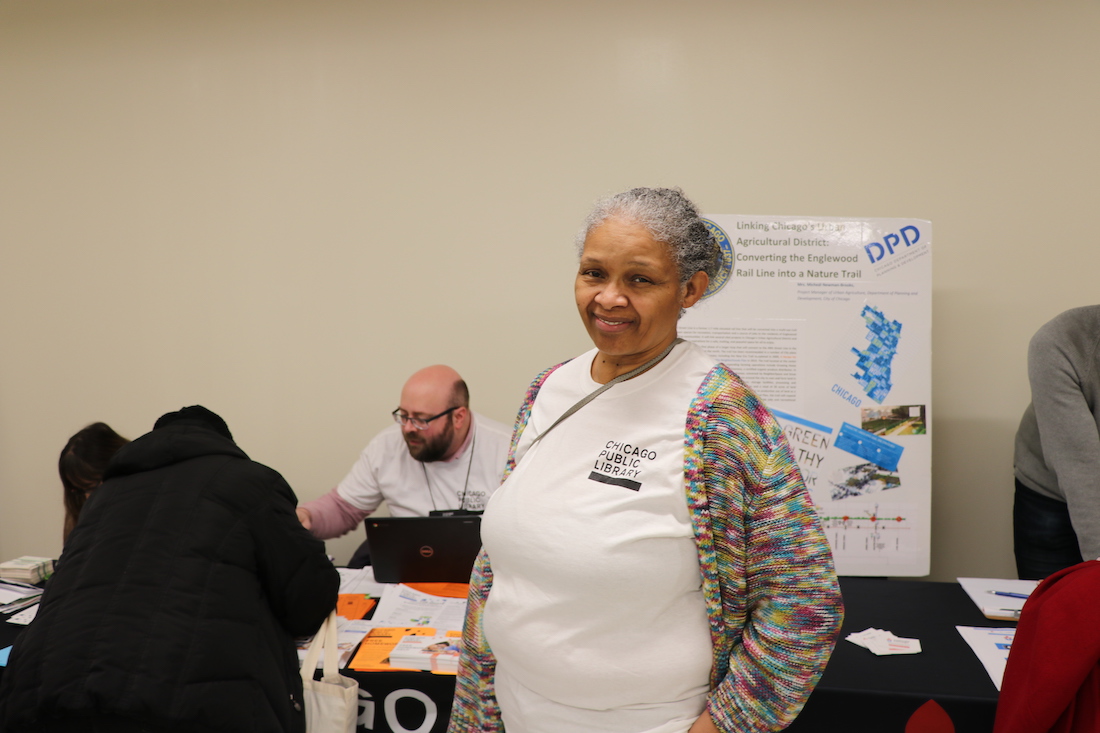 Longtime Austin resident Arystine Danner is a librarian at the North Austin branch of the Chicago Public Library, where she has worked since 1993. “It’s like the stock market,” Danner said, describing the neighborhood’s ups and downs. “I feel like it might help a lot,” she said of INVEST South/West, “As long as there's follow-through.” (Joel Jacobs/Medill)

“Often we talk about our communities as if they are disadvantaged, or have some deficits,” he said. “We decided to flip that script and start to talk about the strengths in our community that we know we can build on.”

Cox added that the city will leverage these resources to attract private investments that will usher in greater economic development for these areas.

Englewood resident Eric Hotchkiss, 36, who works at The School of the Art Institute of Chicago’s North Lawndale facility, welcomed the initiative but wondered how long the plan will take to materialize.

“There’s been 80 years of disinvestment in these predominantly  black neighborhoods, so there is a lot to catch up on and I wonder what is going to be their timeline for implementing the plan,” he said.

Planned improvements could drive up rents and property taxes, directly impacting communities living in these areas, Hotchkiss said. He added that this would not lead to displacement if job creation remains a top priority.

“I’m curious to know if job creation will be at the forefront of this planning or will it just be capital improvements to beautify the physical space,” he said.

Accountant Sarah Gibson, who has family in Austin, said she is unsure how the city will employ local residents for these planned public works since many do not work for registered companies.

“In our community, in general, people have some skills and they work individually more often than not.They don’t have the requisite licenses or the half a million dollars in insurance they need to get contracted for work in the city,” Gibson said.

Dwayne Truss, 56, a 30-year Austin resident  and a current member of the Chicago Board of Education, said the community will have to come together for INVEST South/West to work.

“Everybody needs to go out and talk to their neighbor and say, ‘Hey, we got this great investment in the South and West sides of Chicago.’  Educate the broader community,” Truss said, “That would be a challenge, but the challenge is up to us to make sure we articulate that to our neighbors.”

Photo at top: Residents and business owners attending the INVEST South/West kick-off event discuss with city planners their needs and priorities for transforming their neighborhoods. The INVEST initiative is committing $750 million of public funds to create an economical renewal for 10 historically neglected neighborhoods on Chicago’s South and West sides. (Alison Saldanha/MEDILL)