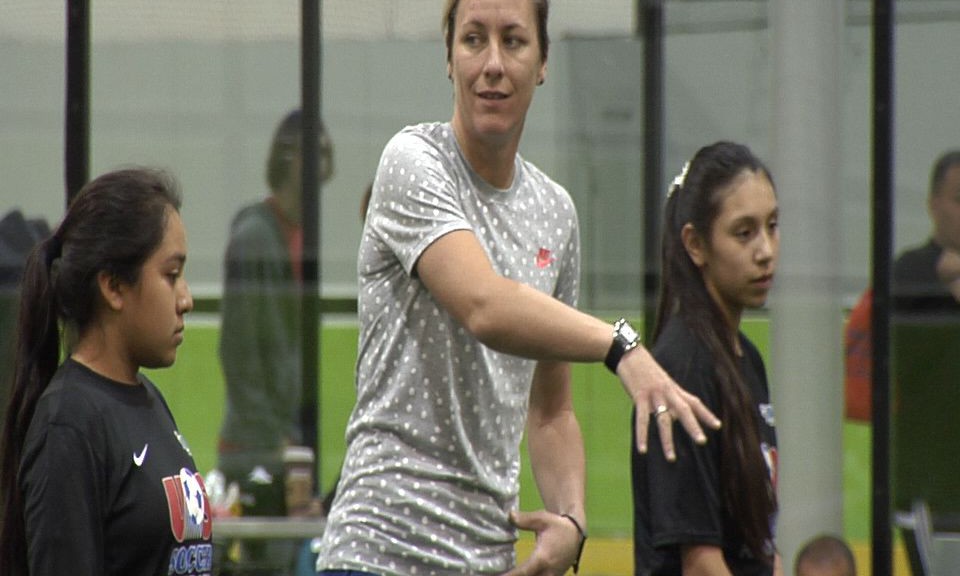 She is a two-time Olympic gold medalist and competed in four World Cups. After a 14-year career with the women’s national team, she’s ready to retire.

Wambach will play her final game Dec. 16 against China PR in New Orleans as part of the 10-game Victory Tour by the U.S. team for winning the 2015 World Cup.

She appeared in St. Charles recently in the Playing for Kicks event, rewarding youth soccer players for their fundraising efforts. The top performers were able to play with Wambach, have lunch and participate in a Q&A with the superstar.

“My dream and my hope and the legacy that I hope I’m leaving is that I found the game and I made it a little better,” Wambach said.