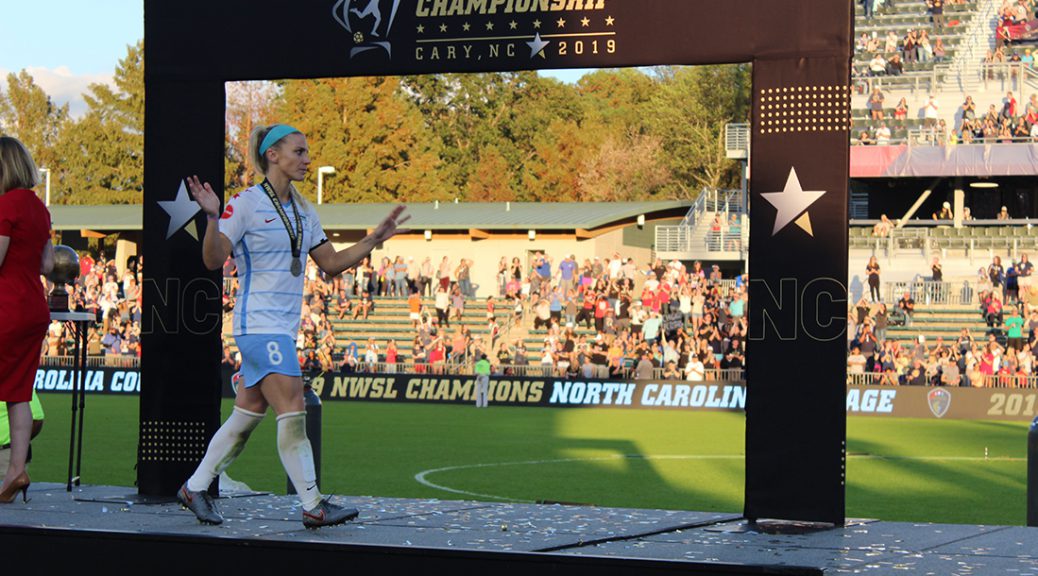 Within a seven-day span, the Chicago Red Stars experienced the triumph and defeat that comes with competition.

On a beautiful autumn Sunday in Chicago, the Red Stars defeated the 2018 Thorns to reach their first National Women’s Soccer League Championship in franchise history. Just seven days later, the Red Stars suffered the largest deficit loss ever in an NWSL championship, losing 4-0 to the North Carolina Courage on the reigning team’s turf.

Despite the lopsided loss, the Red Stars showed an inspiring effort throughout the entire 90 minutes, even after going down three goals in the first half. The Red Stars journey as an organization emulates the same hurdles we have seen the league struggle through since its inaugural season in 2013. END_OF_DOCUMENT_TOKEN_TO_BE_REPLACED 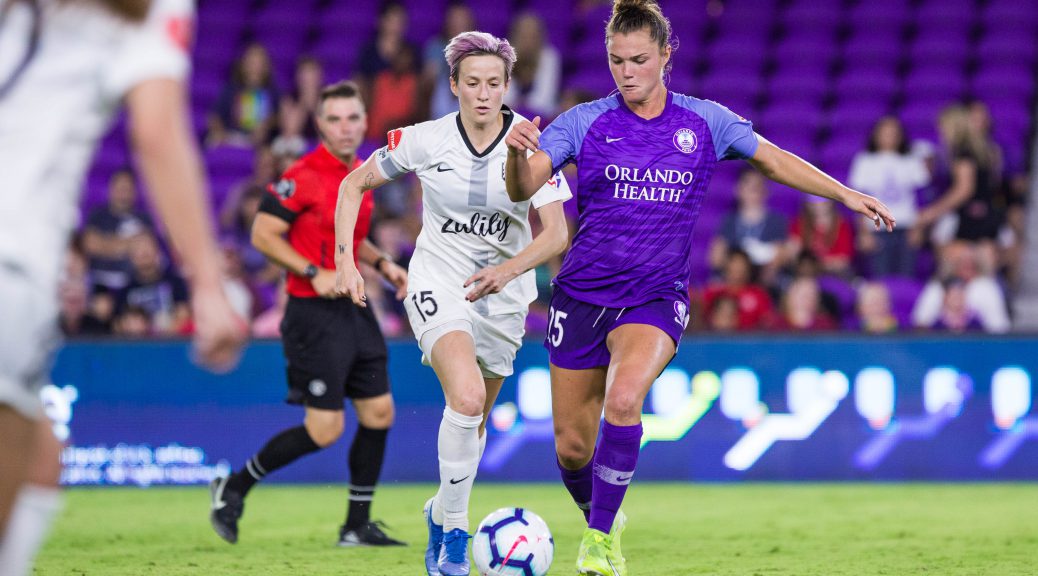 The physical health of your favorite athlete can determine the season’s success of their your favorite team. Sprains, fractures, concussions and other injuries can take a player off the field for several weeks or more.

Physical injury is a recurring aspect of sports that can’t always be avoided, but its the mental hurdles that accompany recovery that can be underestimated. We took a deeper dive into this topic and talked with Joanna Boyles, a professional soccer player for the Orlando Pride, as well as, professionals in the wellness and sports psychology field.

Photo at top: Joanna Boyles has overcome two anterior cruciate ligament injuries and is a current player for the Orlando Pride in the National Women’s Soccer League.(Mark Thor/ Orlando Pride) 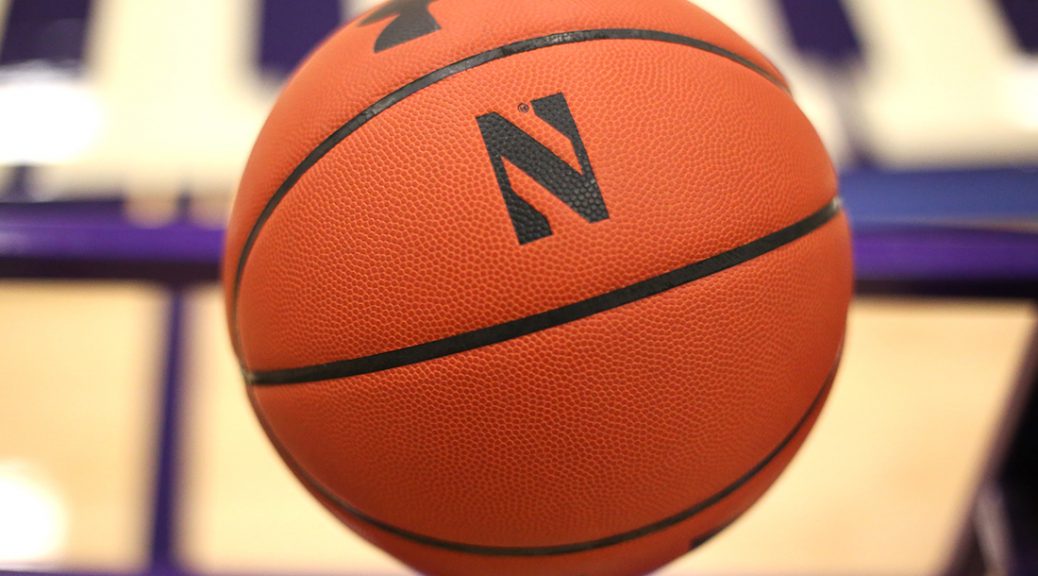 Entering her final season on the Northwestern University Women’s Basketball team, senior Abi Scheid is a seasoned veteran when it comes to balancing academics, practice and nutrition among the many responsibilities that come with being a division one athlete at a top university.

Coming off her best statistical season yet in 2018-2019, Abi earned a position on the Big Ten All-Academic Team. This past week I wase able to spend a typical day with Abi. She utilizes the following strategies to stay on top of her game.

END_OF_DOCUMENT_TOKEN_TO_BE_REPLACED 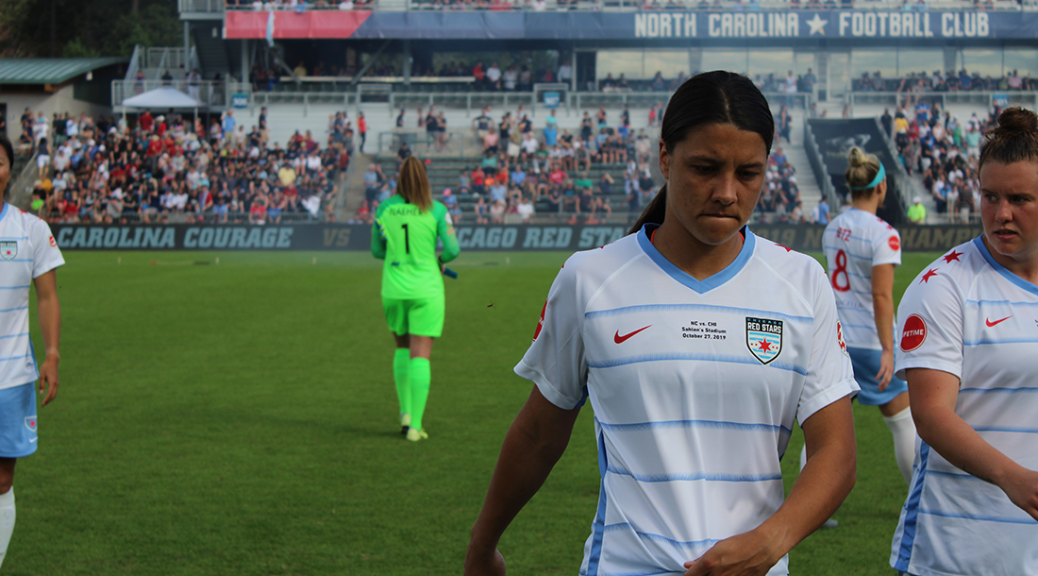 Sunday’s Championship match didn’t catalyze the win the Chicago Red Stars had hoped for, as four goals by the dynamic North Carolina Courage offense proved to be too much in the match.

The Chicago Red Stars controlled play for the first few minutes of the game but an early goal from North Carolina’s Debinha in the fourth minute slowly changed the momentum of the match.

“I thought it took us a good 15 to 20 minutes to settle in the game and by that point we were already chasing against a team you don’t want to be chasing against,” said Rory Dames, Chicago Red Stars head coach, “I think when we go back and watch we’ll be pretty disappointed with the first two goals. We had three players around Debinha. She was able to get the first shot off, find the ball and then get the second one. I think when you’re in this setting their players are obviously better in this environment.”

END_OF_DOCUMENT_TOKEN_TO_BE_REPLACED 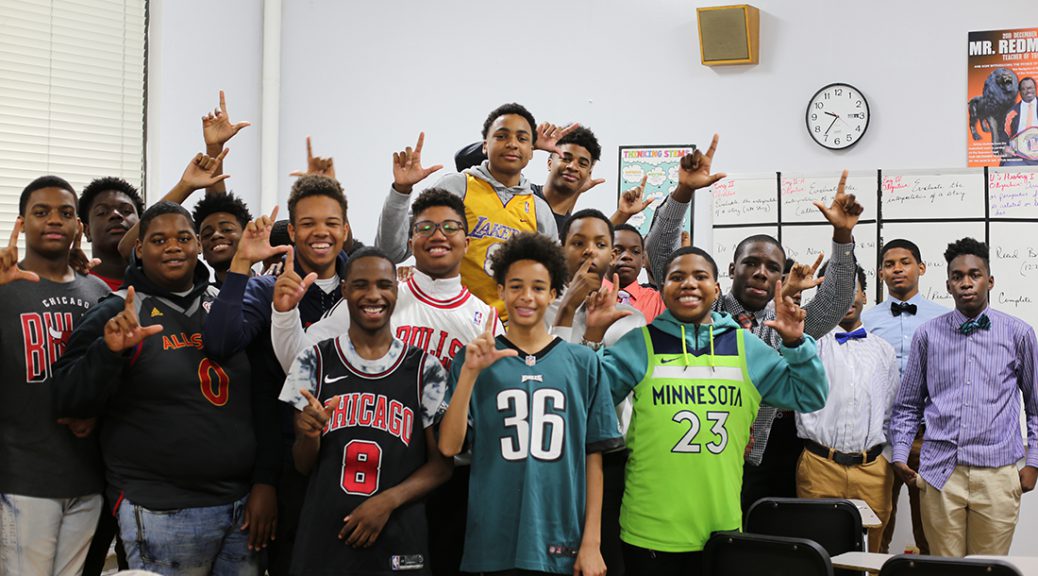 Straightening ties, tucking in shirts, and welcoming young men to the “brotherhood” is an opening day tradition for Dan McGrath, Leo High School president, who greets the young men individually as they arrive for their first day of school.

It’s a tradition that McGrath has continued for nearly 10 years since he became president of Leo High School. McGrath graduated from the all-boys Catholic school in 1968 and went on to pursue a career in sports journalism. In 1996, he landed a job with the Chicago Tribune, but after the paper was sold to Sam Zell in 2007, McGrath considered a career change at a time when Leo High School was struggling to keep its doors open.

END_OF_DOCUMENT_TOKEN_TO_BE_REPLACED 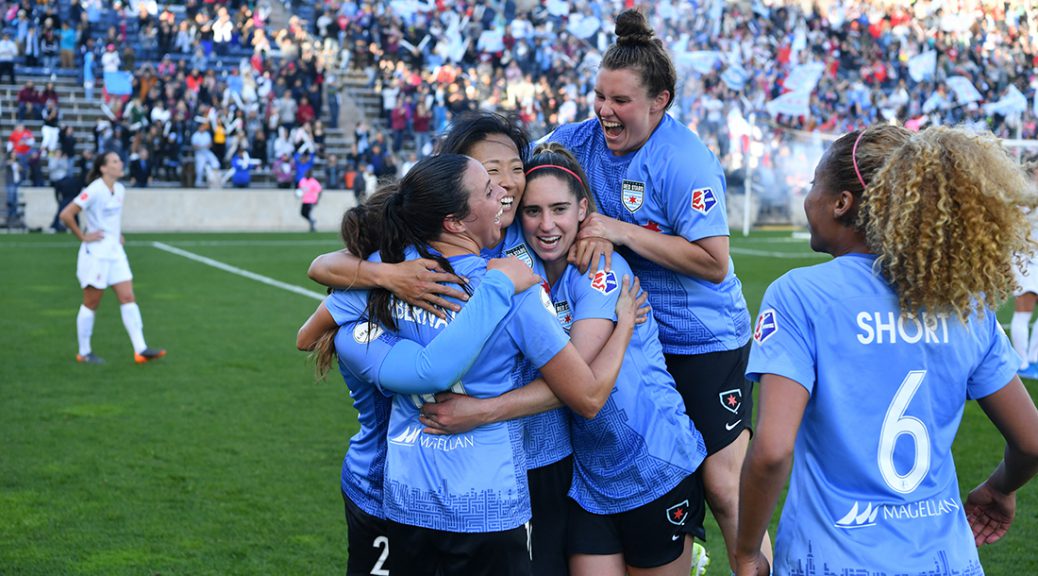 For four consecutive years, the Chicago Red Stars have endured the pain of losing in the National Women’s Soccer League semifinal. But today’s match brought out their best performance, a large home crowd, and the outcome they have been patiently working for.

In front of nearly 10,000 fans, the Chicago Red Stars clinched their spot in the NWSL championship next weekend in Cary, North Carolina, with a 1-0 win over Portland Thorns FC. Sunday afternoon’s win rewrote a story that many have become accustomed to during this NWSL season; that Sam Kerr and Yuki Nagasato are one of the most dynamic offensive pairings in the league.

“Good players like to play with good players. Yuki has made a huge transition from going from an old school nine to wide player. They understand each other’s movements, the way they get in and off each other, the spaces they find,” said Chicago Red Stars head coach Rory Dames. “Hopefully we’ll see it for years to come.”

END_OF_DOCUMENT_TOKEN_TO_BE_REPLACED 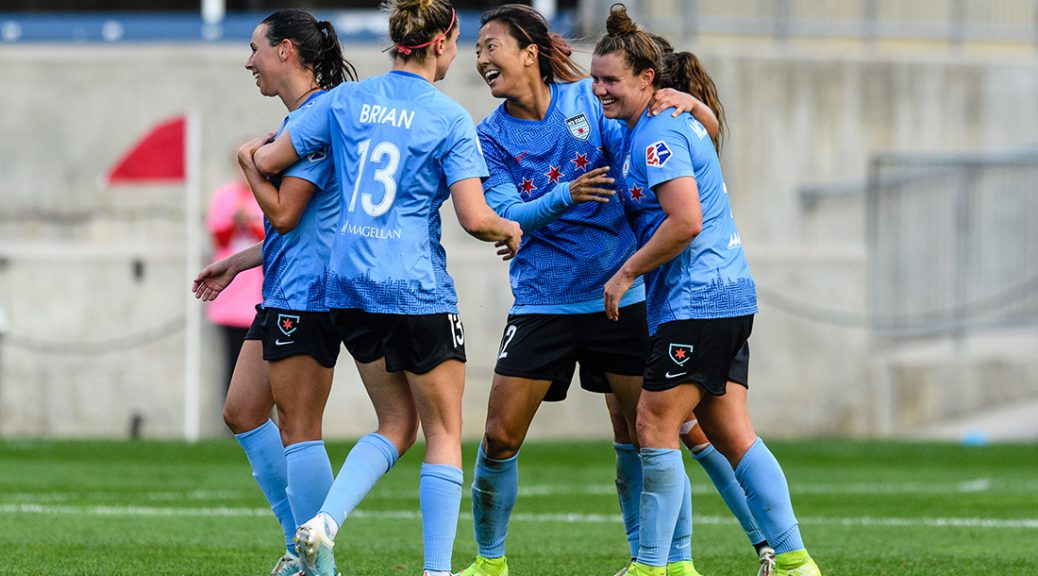 For only the second time in franchise history, the Chicago Red Stars will host a semifinal playoff game against Portland Thorns FC Sunday at 2:30 p.m. at Seat Geek Stadium in Bridgeview.

The matchup marks the fourth meeting this season between the two clubs, with Portland having the 2-0-1 edge on the Red Stars. The Red Stars left scoreless in their last two meetings with the Thorns this season.

Many star players will be on the field Sunday afternoon, as the clubs have a combined eight players from this year’s U.S. World Cup winning squad. And that doesn’t count other well-known international players such as Sam Kerr, who is this year’s Golden Boot winner, with 18 goals on the season.

END_OF_DOCUMENT_TOKEN_TO_BE_REPLACED 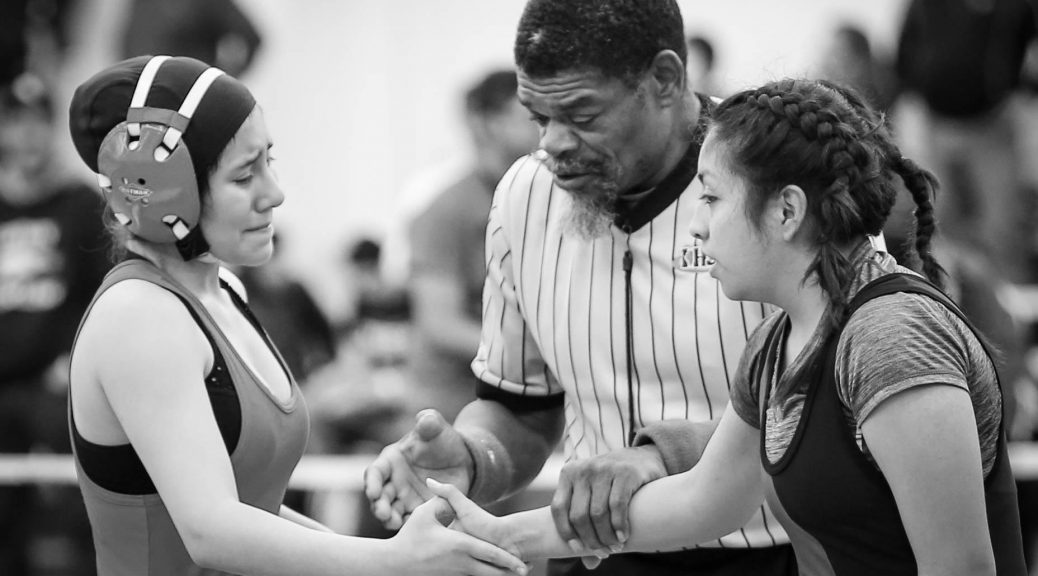 The 5-foot-2-inch wrestler competed in the 106- and 111-pound weight class last year, where she finished fourth in Chicago and 10th in the girl’s state tournament, hosted by Illinois Wrestling Coaches and Officials Organization. Before this year, there was not an all-girls wrestling team at Lake View High School, which left Reyes competing against boys during most meets and practice.

“Even though I am on the women’s wrestling team now, I was still competing against guys.There were a couple of guys around my weight and I would just practice with them. They really help me to come along, and they took me in as if I were any other wrestler,” said Reyes.