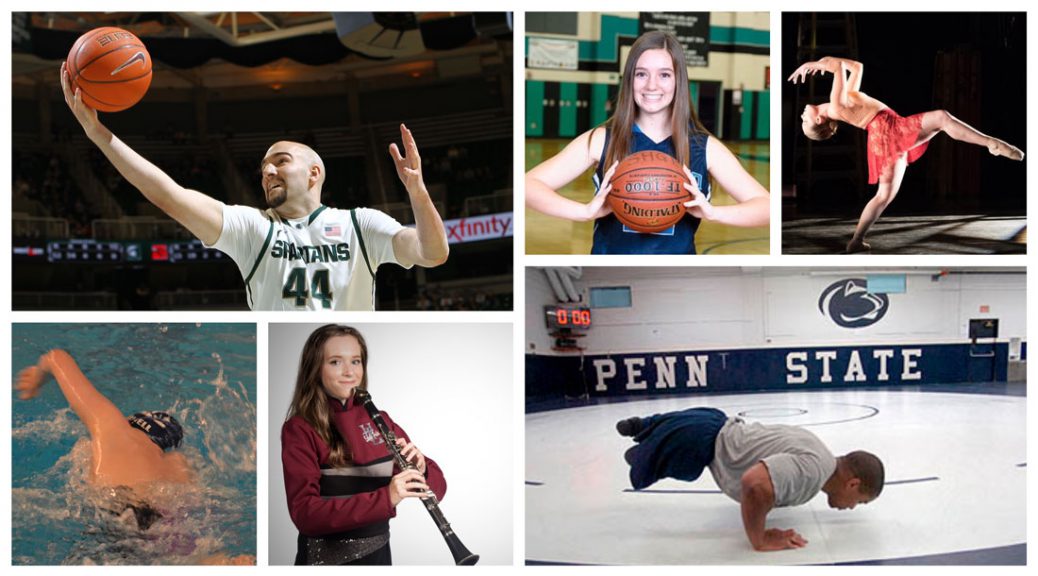 Rohan Murphy lost his legs at birth and grew up thinking that he wouldn’t ever be able to play sports.

However, in eighth grade his physical education teacher introduced him to wrestling and he started to become fully involved with the team in ninth grade. He later went on to wrestle at the collegiate level at Penn State.

END_OF_DOCUMENT_TOKEN_TO_BE_REPLACED 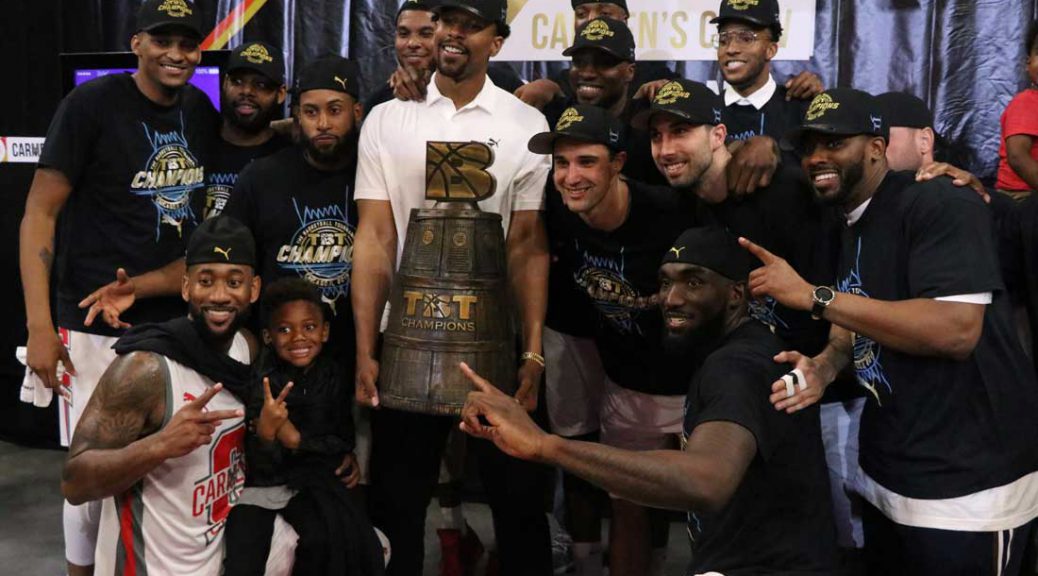 A week prior to the start of The Basketball Tournament, Carmen’s Crew, the Ohio State alumni team, wasn’t even sure whether or not they would play in the tournament this year. The team only had six players confirmed to participate.

“We were really looking at it saying: ‘I don’t know if this is going to be our year,’” said guard Aaron Craft. “I think the guys just seemed ready. Obviously, we’re extremely excited that we pulled it together in that last week. But it was tough that last week. We thought we were going to have to play zone for three games in a row for three days. Found a way.”

Now, the team is the TBT champion and $2 million richer, defeating the Golden Eagles, a Marquette alumni team, 66-60 on Tuesday night at Chicago’s Wintrust Arena.

“There’s no other group of guys I’d rather do this with, like Evan [Turner] said after the game, we’re family,” said guard Jon Diebler. “Winning the tournament is amazing, winning the money is amazing, but to compete again in an actual game with these guys, because during the year we all go our separate ways, it’s a thing that we’ll cherish forever.”

END_OF_DOCUMENT_TOKEN_TO_BE_REPLACED 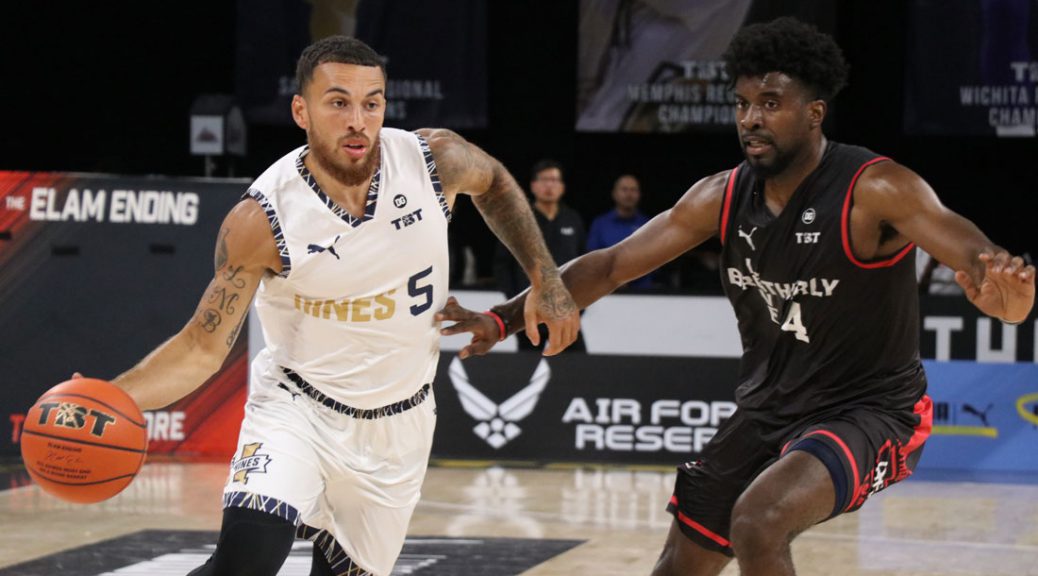 The roots of the The Basketball Tournament can be traced back to a group text message thread from a Sunday afternoon in 2010 between some like-minded friends.

On their day off from work, TBT CEO and co-founder Jon Mugar and his friends went back-and-forth about the feasibility of having an open call for a single elimination tournament for a large sum of money.

“Who would enter?” Mugar asked. “Would LeBron put a team in? Would the NBA players play? Would college alumni teams play? Would international players play? It kind of became an obsession over the course of maybe four or five months.”

END_OF_DOCUMENT_TOKEN_TO_BE_REPLACED 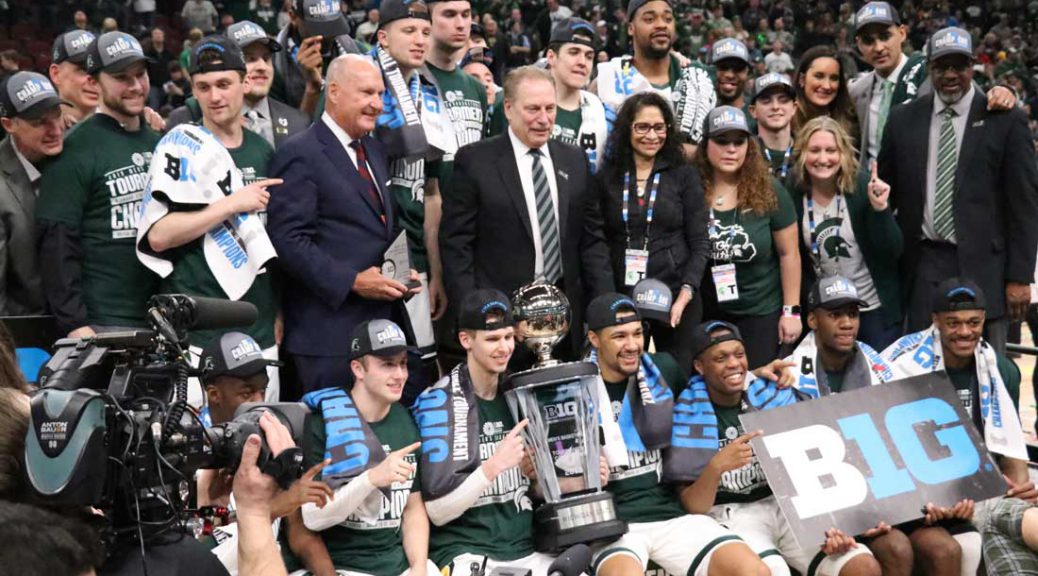 The five-day Big Ten Tournament kicked off with thousands of people pouring into the United Center Wednesday evening, March 13 as the games culminated with the championship on March 17. Step back through the highlights for your favorite Big Ten teams.

With about 2 minutes left in the Big Ten tournament title game, Michigan State trailed Michigan by five points, 60-55. From the top of the key, Spartans junior guard Cassius Winston drove towards the paint and dished a pass to senior guard Matt McQuaid on the wing.

McQuaid promptly rose up and drained one of his Big Ten tournament championship game record-breaking seven three-pointers to cut the deficit to two.

From that point on, Michigan State could do no wrong and Michigan collapsed, as the Spartans closed out the game on a 10-0 run to win their first Big Ten tournament championship since 2016, 65-60.

END_OF_DOCUMENT_TOKEN_TO_BE_REPLACED 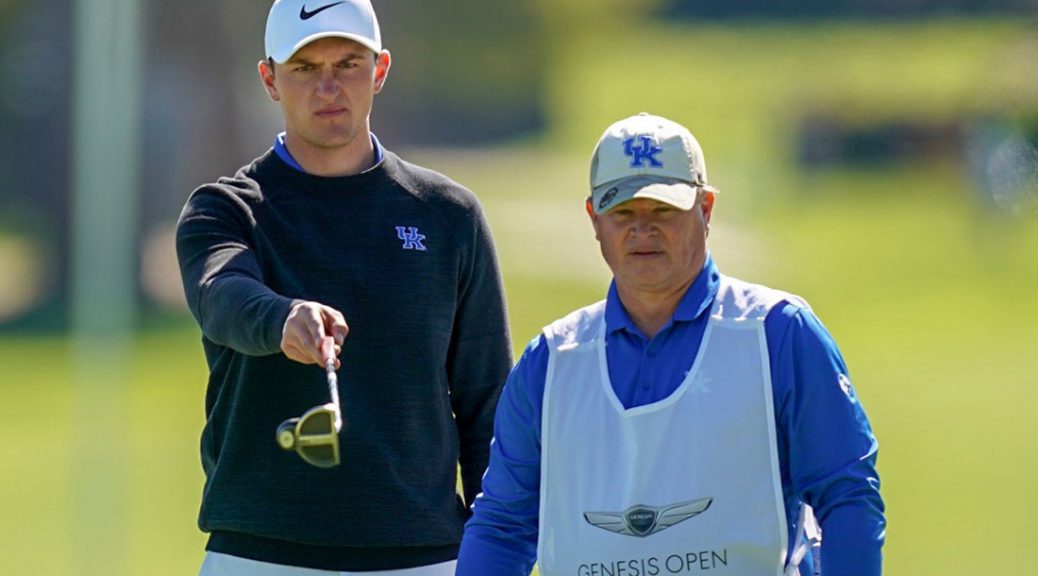 One of the perks for Lukas Euler winning the Genesis Open’s Collegiate Showcase on Feb. 11 was the opportunity to meet the tournament’s host, Tiger Woods.

The other perk for the Kentucky senior was earning a spot in the main field at Riviera Country Club and competing against and meeting some of the best professional golfers in the world.

“I’m just walking around out here as proud as I can be and as happy as I can be,” said Kentucky coach Brian Craig. “This is a dream come true for Lukas, and so that makes me happy. He’s been able to rub elbows with just about every top-10 player in the world – like talk to them, not just ‘Hey,’ but actually talk to some of these guys. They’ve been so kind to him, so it’s made it a really memorable experience for him.”

END_OF_DOCUMENT_TOKEN_TO_BE_REPLACED 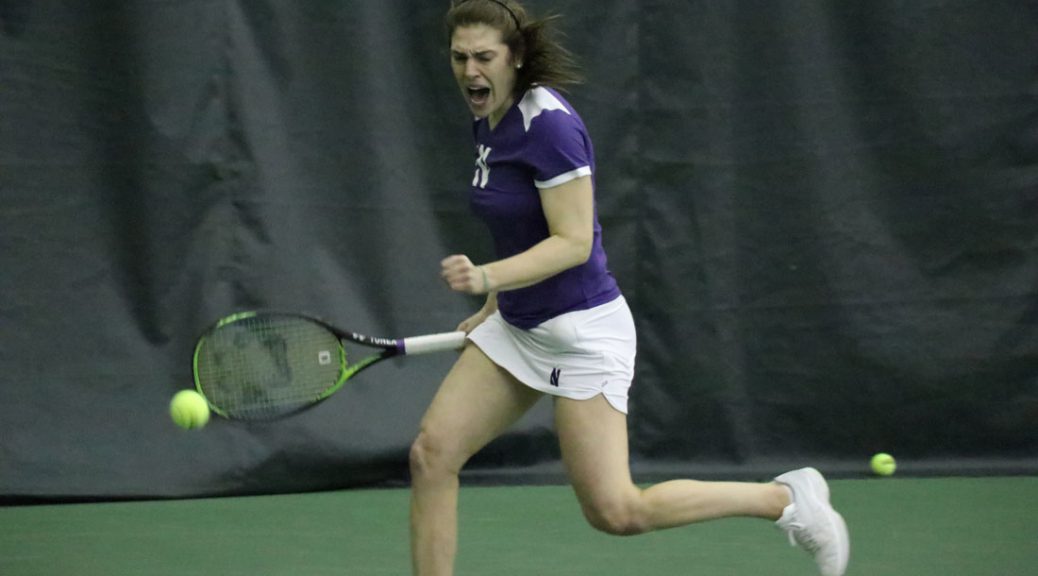 When she was 8-years old, Carol Finke played her first tennis tournament in an event hosted by Northwestern University. Since then, she’s dreamed of playing for the Wildcats.

END_OF_DOCUMENT_TOKEN_TO_BE_REPLACED 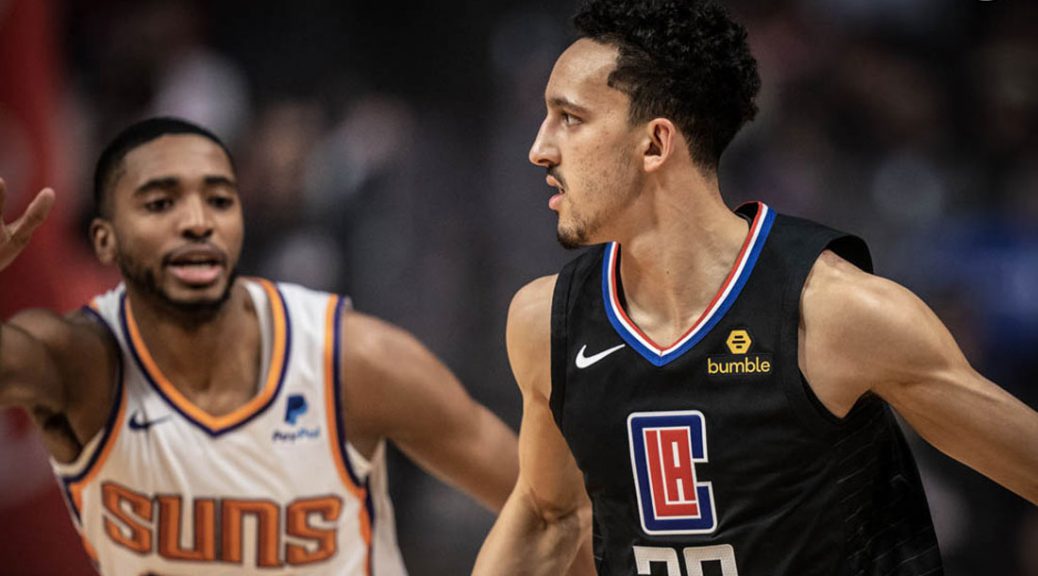 Prior to the start of the season, most preseason predictions had the Los Angeles Clippers in the bottom-half of the NBA, outside the playoff picture.

Now at the All-Star break with 23 games left in the season, the Clippers are sitting in the eighth and final playoff spot in the Western Conference, with a one-game lead on the Sacramento Kings and just one game behind the Utah Jazz and San Antonio Spurs in the sixth and seventh spots, respectively.

Head coach Doc Rivers and the Clippers’ offensive system have a lot to do with that.

END_OF_DOCUMENT_TOKEN_TO_BE_REPLACED 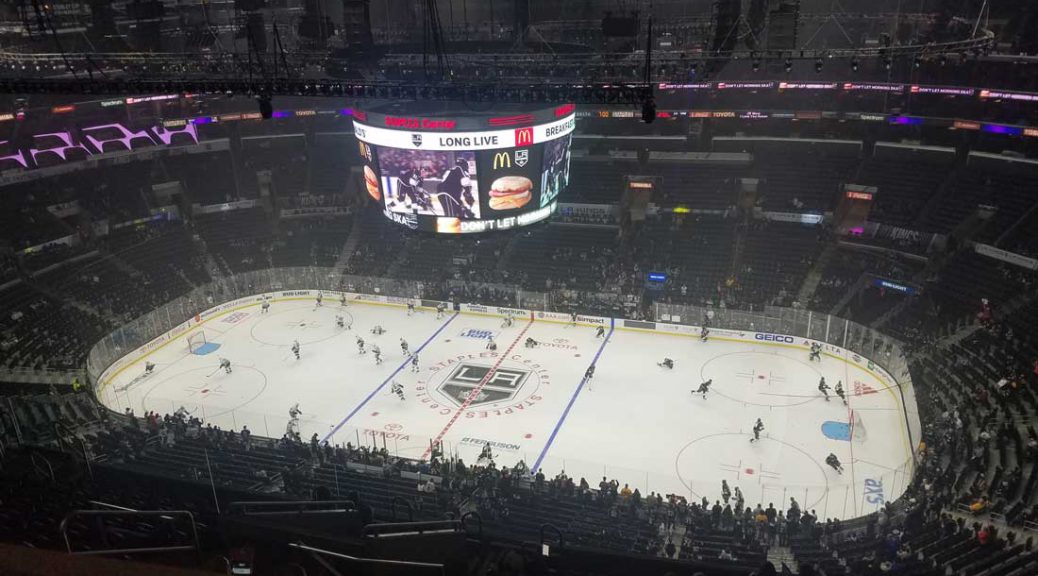 Returning to Staples Center for the first time since Jan. 21, the Los Angeles Kings hoped to give their notoriously faithful fans something to cheer about.

However, Elias Pettersson and the Vancouver Canucks had other plans.

Both Pettersson and Adam Gaudette tallied a goal and an assist to hand the Kings a 4-3 shootout loss on Feb. 14.

END_OF_DOCUMENT_TOKEN_TO_BE_REPLACED 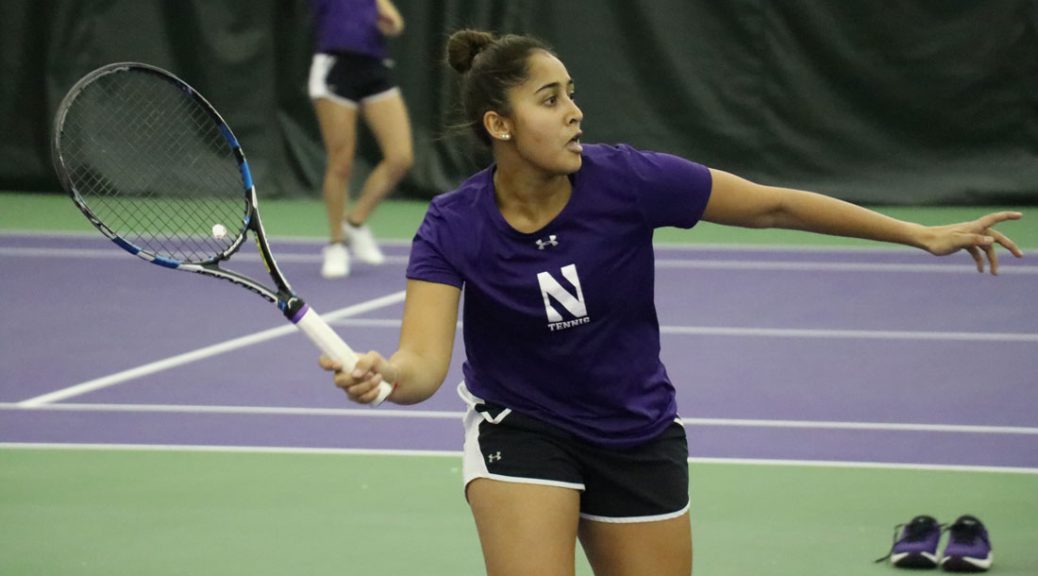 With Big Ten Conference play officially underway, Northwestern University women’s tennis keeps the focus on the same goal this season that they do every year: to win the conference championship.

“That’s a big goal for us, but we can’t really think about that every match,” said junior Julie Byrne. “We just have to compete hard and the result will take care of itself. It’s going to be like that for the next two months, so we can’t get ahead of ourselves because the Big Ten is very strong this year.”

Based on past successes, Northwestern is widely viewed as the preeminent program in the Big Ten. The Wildcats have won 15 Big Ten regular season championships, including 11 straight from 1999-2009, and have made 29 NCAA tournament appearances, both are tops in the conference.

END_OF_DOCUMENT_TOKEN_TO_BE_REPLACED 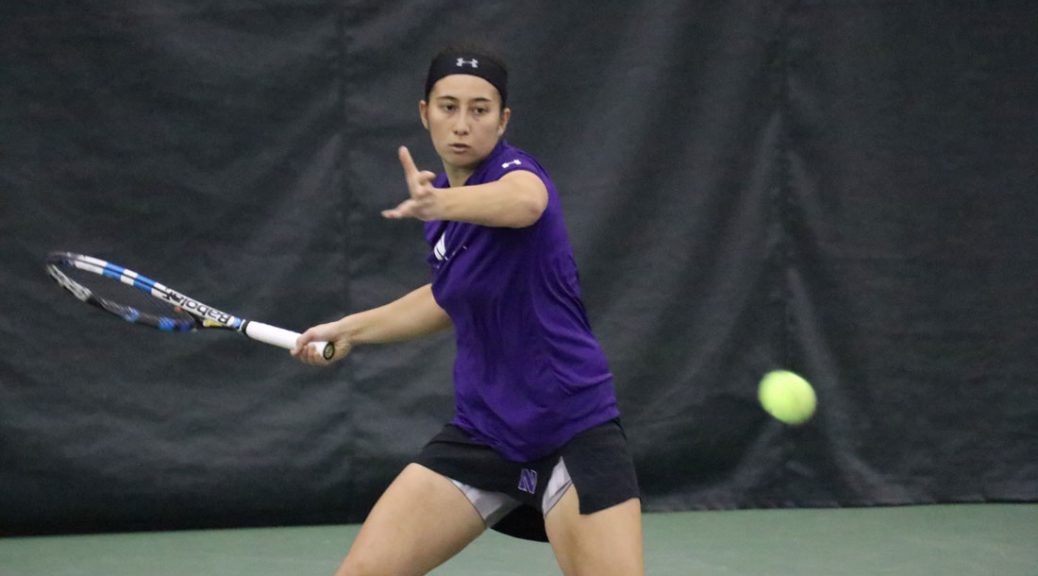 Northwestern University sophomore Caroline Pozo – roughly midway through the third set of her match against Miami’s Carla Girbau – noticed that teammate Inci Ogut had just defeated her opponent in a three-set battle on the adjacent court.

That set the stakes. Pozo’s match at No. 6 would determine which team would head to the Intercollegiate Tennis Association (ITA) National Indoor Team Championship.

“I noticed when Inci won, and I was just like, alright, here we go,” Pozo said. “But, I didn’t really think about it like that. I tried to just stay in the moment and not think ahead, not think about last year.”