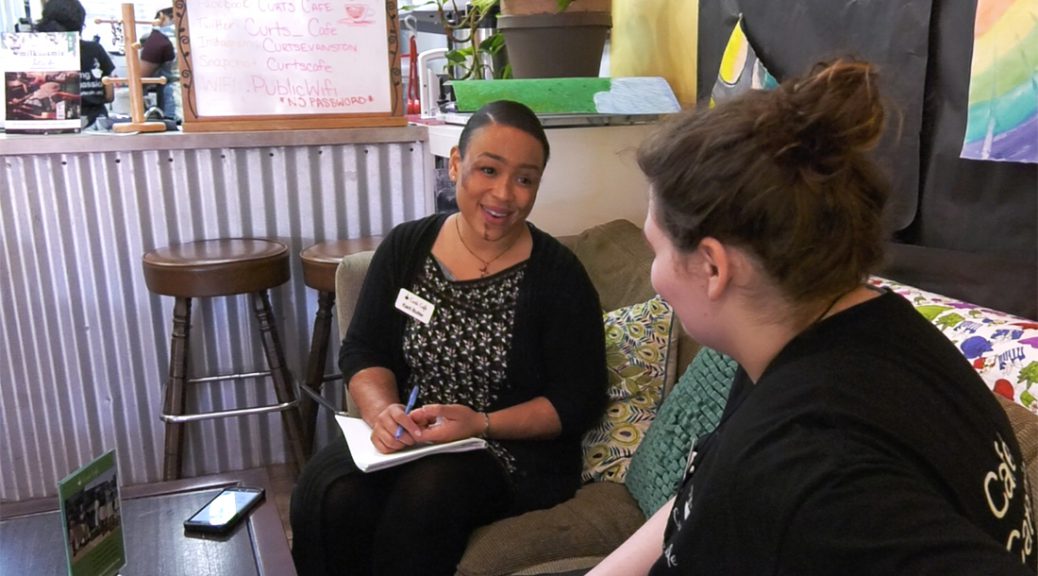 Karli Butler is a survivor of violence and was attacked twice in 2016. The first time, she was kidnapped by a group of men in retaliation against her then boyfriend.

Months later, she was attacked again, in an incident tied to the first attack. She was held at a gun point and assaulted with acid. That attack gave her third-degree burns to 30 percent of her body.

After she recovered, she became more than just a survivor. She found a place where she can be a thriver. That place is Curt’s Cafe.

END_OF_DOCUMENT_TOKEN_TO_BE_REPLACED 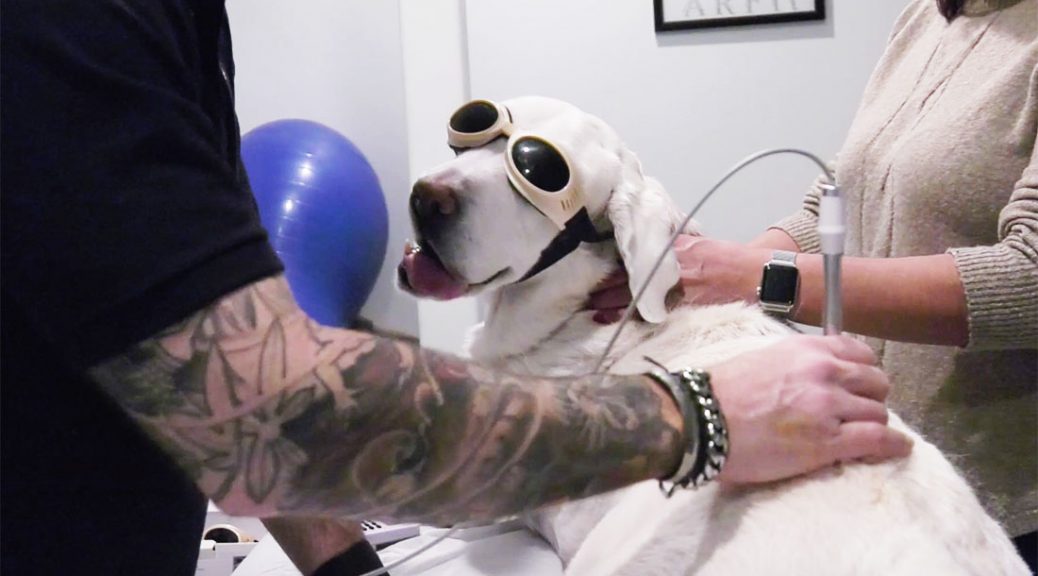 Kikin – a Labrador retriever – is 12 years old, but in dog years, he is an old man in his eighties.

END_OF_DOCUMENT_TOKEN_TO_BE_REPLACED 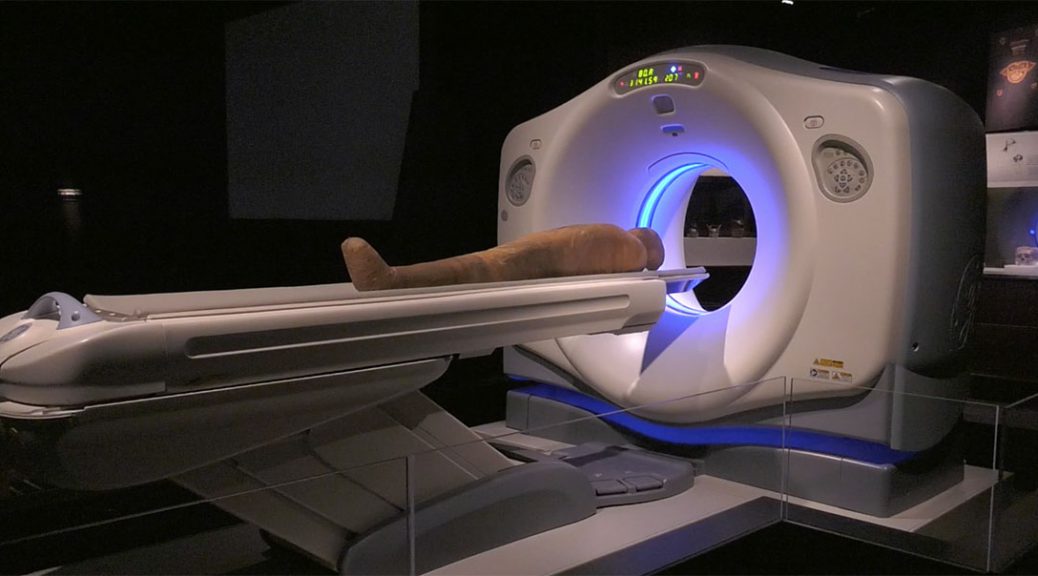 The mummies have returned.

After traveling around the country on exhibition for five years, 14 mummies came back home for a final run in Chicago at the Field Museum.

The primary theme of the exhibit is how scientists — using modern technologies such as CT scanning — can look inside the coffins and mummy bundles without actually unwrapping them. This leaves the mummies undamaged and allows future scientists with newer technologies to study them further, according to Patrick Ryan Williams, chair of the department of Anthropology at the Field Museum.

END_OF_DOCUMENT_TOKEN_TO_BE_REPLACED 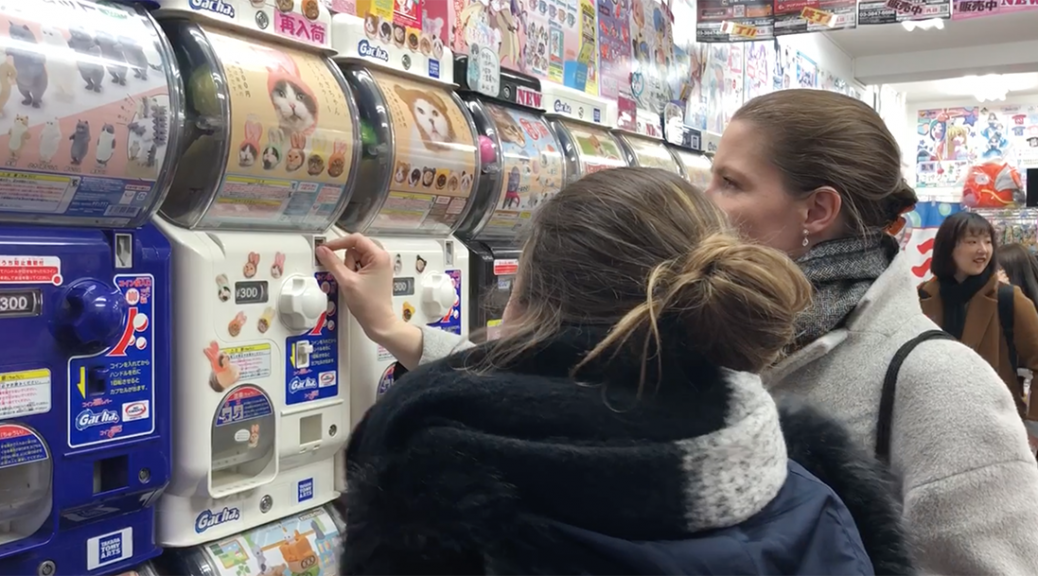 Tourists are often surprised by the large number of vending machines in Japan. “When you are thirsty, you always have something to drink, because there are vending machines for everything,” said visitor Angelica Spadaro.

There are more than 5.5 million vending machines in Japan — one for every 23 people. It’s the highest ratio in the world. The machines sell everything from tampons to cigarettes.

With Japan’s aging population, low crime-rate and obsession for automation, the proliferation of vending machines says a lot about the country’s unique culture.

“A Japan without vending machines cannot be called Japan,” said Qui Suiyu, a Chinese graduate student who was born in Japan. “That’s how I feel. It is a signature of Japan.” 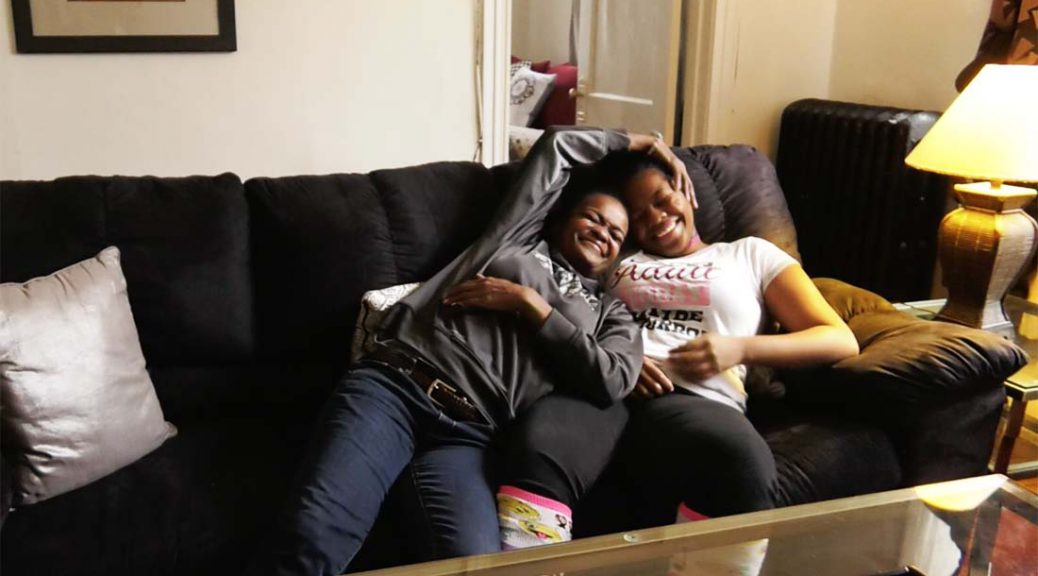 After staying in a shelter for four months, Rasheena Hill and her 14-year-old daughter Jada, were happy to have a new house. But today, they’re in for another surprise.

Their empty new home was completely furnished — for free — by the non-profit Humble Design. Jada got a princess room with her favorite color pink, some cute photo frames and a customized crown with her name on it.

All these personal designs were created by Anne Wortel. The furniture came from donations.

“It’s always somebody out there to help you. Don’t never give up,” said Rasheena Hill.

END_OF_DOCUMENT_TOKEN_TO_BE_REPLACED 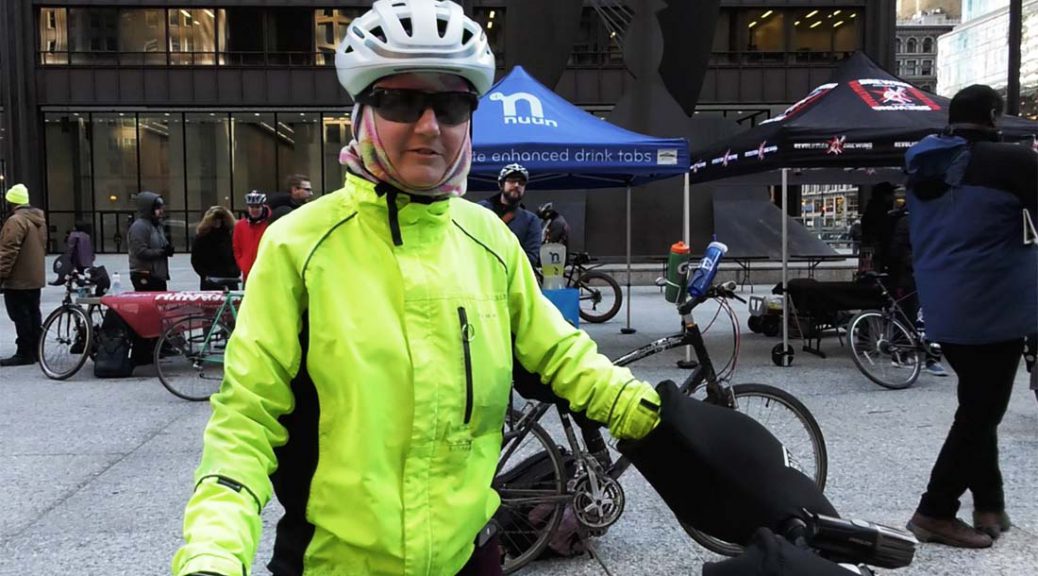 On the last Friday in January, morning bike commuters gathered at Daley Plaza to petition for more cycling funding in the city’s budget.

Elizabeth M. Adamczyk, a daily bike commuter and advocate for bicycling in Chicago, wants to see a separate bike network spreading through the city.

The non-profit Active Transportation Alliance raised their collective voices through a petition. It calls for a line item in the city budget that offers consistent funding for biking infrastructure in Chicago.

END_OF_DOCUMENT_TOKEN_TO_BE_REPLACED 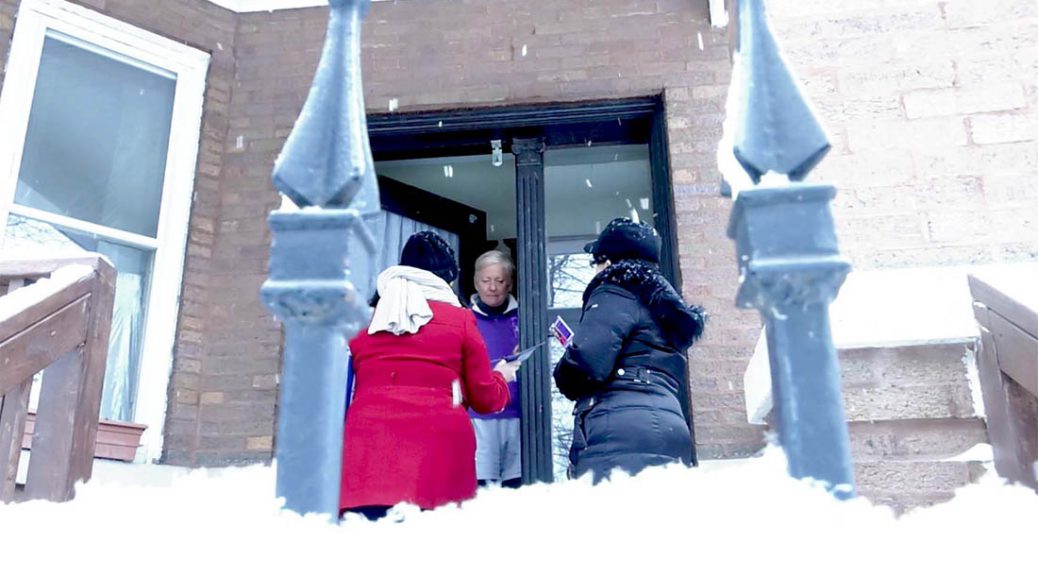 On a chilly Martin Luther King, Jr. holiday, Delia Ramirez trudges through the snow, knocking on doors. She is introducing herself to voters in the Illinois 4th state house district in Chicago.

The Illinois 4th is a heavily Latino district, stretching from West Town through Humboldt Park in Chicago. Ramirez, a second-generation Guatemalan American and a long-time civil service director, says she was recruited to run by local residents.

The primary election will take place on March 20. Four Democrats are running to replace Rep. Cynthia Soto — who is not running for re-election — and all of them are women: Ramirez, Iris Millan, Alyx Pattison and Anne Shaw. On their websites, all the candidates talk about issues including education, safety, and healthcare. But each has a different focus.

END_OF_DOCUMENT_TOKEN_TO_BE_REPLACED 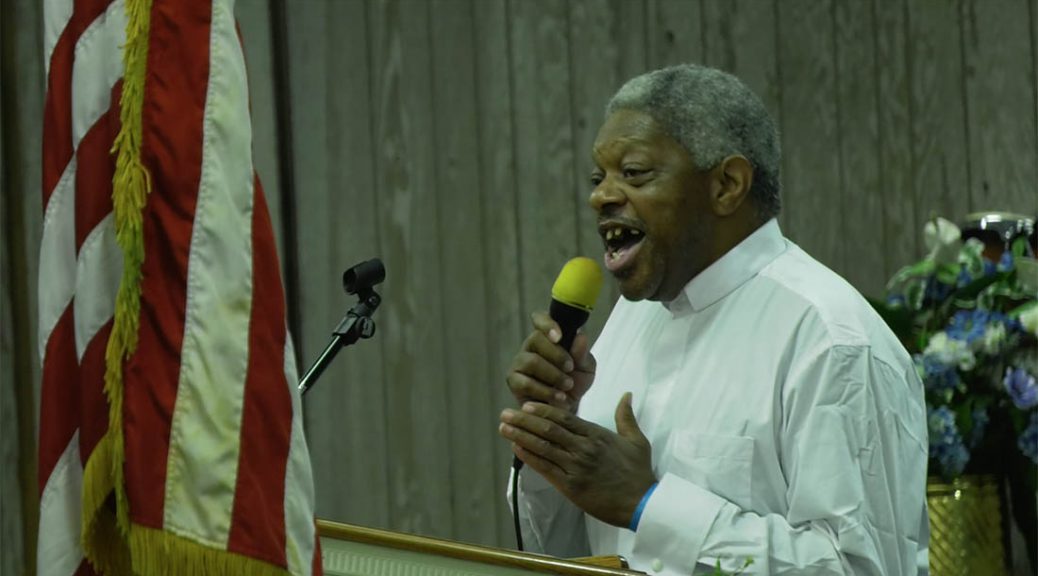 More than a hundred Austin neighbors from the West Side gathered on the Saturday before Thanksgiving to celebrate and honor the service of veterans at the Healing Temple Church.

This “Musical and Award Luncheon” is part of the “Standup for Veterans” program sponsored by the Arthur Lockhart Resource Institute. Every month, the institute provides African-American veterans with resources and referrals for housing, employment opportunities and mental health services.

Ike Dowsey, JR. served as an ordnance specialist for the Marines from 1976 to 1982. During his time in service, Dowsey lost a lot of comrades.

“It’s deep,” said Dowsey. “But still you had to do your job. You had to be able to get your strength from somewhere else.”

END_OF_DOCUMENT_TOKEN_TO_BE_REPLACED 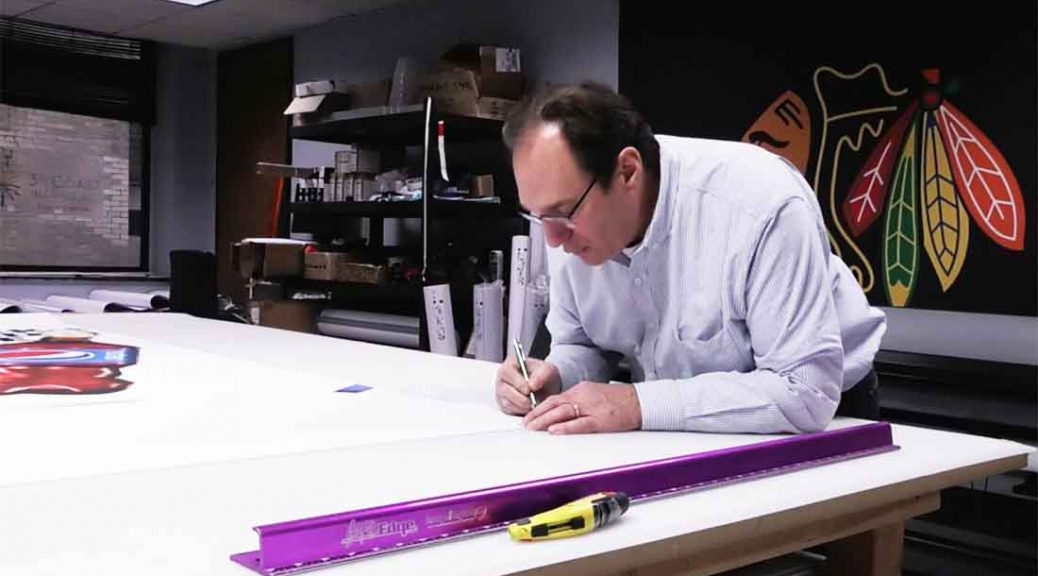 Before starting 3rd Coast Imaging, Inc., veteran George Chrisopulos was an electronics communications technician in the Marine Corps. His time in the military prepared him for life after the Marines.

“When I was a marine, everything was on paper, and we had to have three copies. And every single file cabinet had to match the other file cabinet exactly,” said Chrisopulos.

That attention to detail has served Chrisopulos well in his printing and imaging business. And he’s not alone. According to a report released by the U.S. Census Bureau in April 2017, 2.52 million businesses were majority-owned by veterans, and the top service for veteran-owned firms was professional, scientific and technical service.

END_OF_DOCUMENT_TOKEN_TO_BE_REPLACED 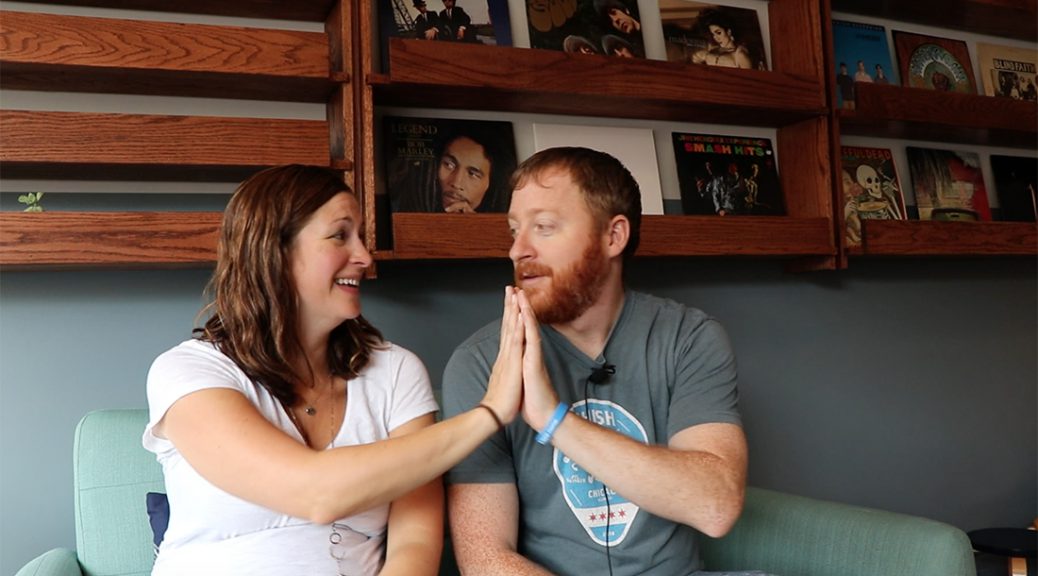 Kevin and Karen O’Malley, Beverly residents and music lovers, are thrilled to be part of the community on a small business level.

The couple opened B-Sides Coffee + Tea on the South Side of Chicago. The shop, located near the 99th Street Metra depot, is a throwback, decorating its walls with old album covers and spinning music from the sixties, seventies and eighties on a turntable.

The coffee shop caters to a steady stream of commuters, as well as parents picking up their children from the nearby grammar school.
END_OF_DOCUMENT_TOKEN_TO_BE_REPLACED