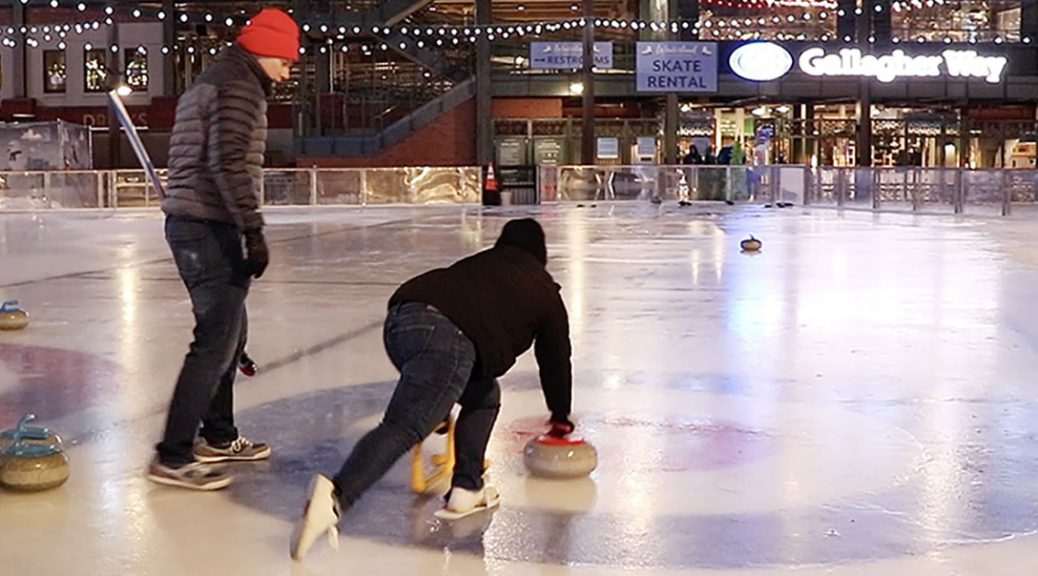 During an otherwise miserable Chicago winter, local curling clubs are hosting classes to teach people about the ancient sport.

Curling is like life-sized shuffleboard on ice, where players slide large stones and melt the path ahead to drive them toward a target,  accumulating points. Its origins date back as far as 1511 in Scotland.

Although the sport has been around for centuries, it wasn’t until 1998 that it became an Olympic sport.

The clubs came together to host Learn to Curl classes on Jan. 8-10 and Jan. 22-24 at Gallagher Way, but continue to host weekly classes at their own clubs through April.

Photo at top: The Chicago Curling Club hosts a Learn to Curl event on Jan. 23 at Gallagher Way. (Leah Vann/MEDILL)