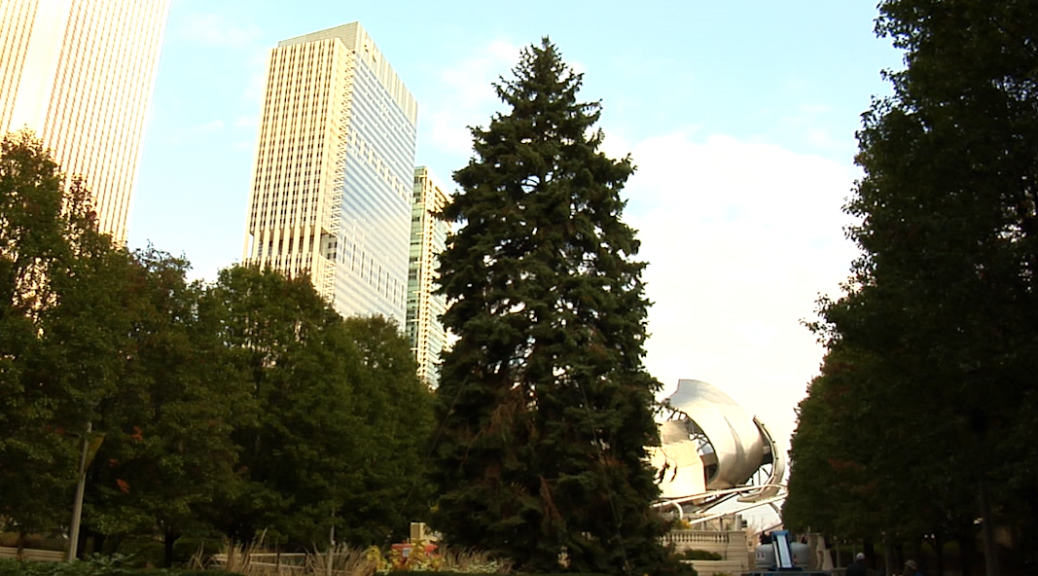 The city kicked off the holiday season as Chicago’s Christmas tree arrived in Millennium Park on Tuesday.

Snap. Snap. The tree posed for dozens of photos. Tourists filling the park said Chicago would be one of the holiday destinations that they would consider again for holiday celebrations.

The tree will be decorated with multi-colored lights for Chicago’s 102nd Christmas Tree  Lighting Ceremony.

The city moved the official tree location from Daley Plaza to Millennium Park. According to the Department of Cultural Affairs and Special Events, the tree will add to the holiday atmosphere already permeating the park.

“You know, it is a really great location for the Christmas tree because it is so much going on in Millennium Park,” said Erin Bauer, project manager of the Department of Cultural Affairs and Special Events, “It is like a winter campus.”

This year’s tree is donated by the Voelker family in Northlake. This vaulting Colorado blue spruce weighs about 9,500 pounds and stands about 63 feet tall. It was selected out of 130 submissions.

Family-oriented programs are planned throughout the park for the upcoming holiday season.

“We have Caroline at Cloud Gate on Friday night,” said Bauer, “We have the McCormick Tribune Ice Rink that is going to open this Friday at eleven. We have visits with Santa Claus at the Santa House.”

But Gonzalez said he still thinks the Big Apple wins over Chicago for the holidays. “I don’t think for now it is a good competitor for New York. However, maybe next year.”

Photo on top: The 63 feet tall Colorado blue spruce is waiting to be decorated in Millennium Park. (By Jasmine Cen/Medill)