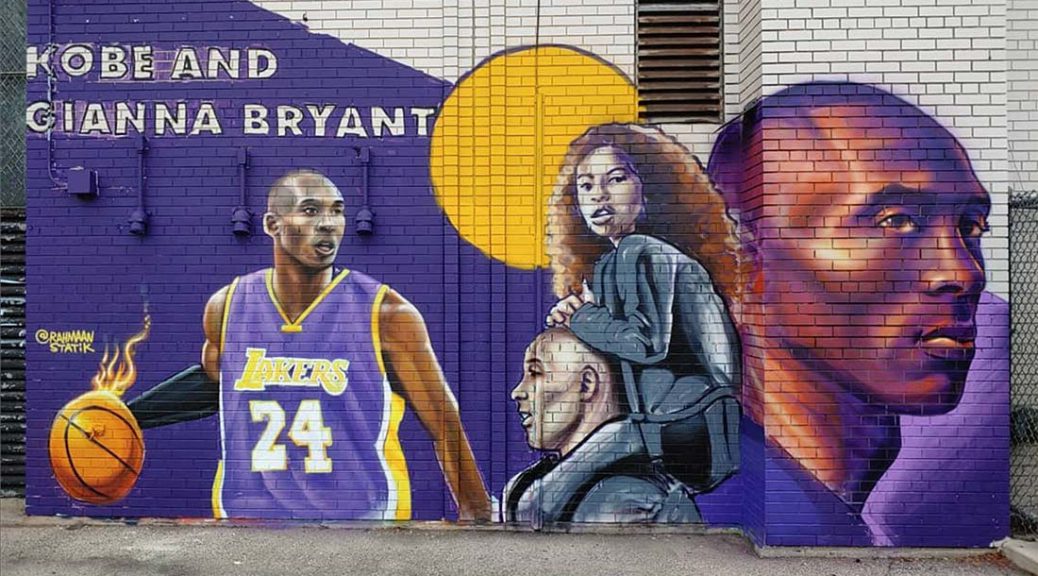 The untimely deaths of Kobe Bryant and his daughter Gianna sent a shockwave around the world that transcended the sports community and continues to reverberate today. Over the past month, street artists and muralists in Los Angeles and beyond have taken their talents to the streets to pay homage to the NBA icon — including Chicago’s own Rahmaan Statik.

Medill Reports spent an afternoon with Statik at the now-defunct Overton Elementary School in Bronzeville as he worked on a mural commemorating Bryant. Between brushstrokes, Statik, a graphic designer and art instructor by trade, shared why the late five-time NBA champion’s character resonates so strongly with him and his approach to his craft.

Photo at top: Rahmaan Statik’s mural to Kobe Bryant on a gym wall at Overton Elementary School in Bronzeville. According to Statik, this image depicts the mural only 50% completed. (Photo courtesy of Rahmaan Statik)