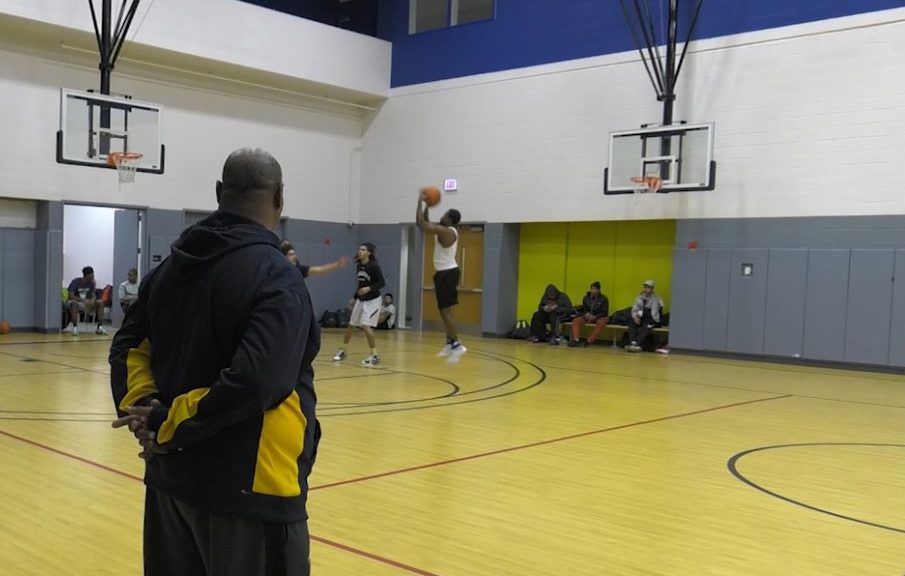 College basketball coaches have different goals. Some want to win national championships. Some want to have a top-five recruiting class. Tommie Posley just wants to guide young men to make positive strides in their community..

A point-guard at St. Michael’s High School during the 1970s, Posley began to work with young kids at local basketball courts around the Chicago area because of the potential he saw in them. It eventually led to him becoming the coach at East-West University, a school in the city’s South Loop area.

“I saw kids that needed a lot of help,” said Posley, who turns 59 this year. “A lot of these kids don’t have a father figure, or any real guidance, so I’m not just a coach; I’m more like a parent.”

His players at East-West feel the same. Posley has found ways to teach them life lessons through the sport they all bond over. One player even says Posley is in fact his father.

“Growing up I never had a father figure, so he’s the one I look up to,” said Devonte Smith, who is in his senior year. “He’s the one that got me back into playing. I call him pops because that’s what he is, my pops.”

Aside from his work as a basketball coach, Posley also works as a substance abuse counselor at Cook County Jail. Seeing people go down the wrong path when he was young was what motivated to enter that field.

“I grew up around people who were doing all that bad stuff,” Posley said. “So I wanted to be able to help them stay away from those drugs just so they could stay alive.” 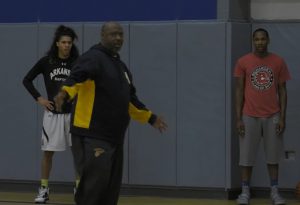 Photo above: Coach Posley talking to his players about the upcoming game plan. (Alan Suriel/MEDILL)

Posley is a natural leader. It is also why he has become a motivational speaker throughout for members in jail and public schools.

“Speaking to people is a way to motivate them to do some good in the community,” said Posley, who is currently in his third season at East-West. “They see what I’ve been through and they can take away some positives.”

Although Posley finds a way to relate to his players on a personal level, he’s still a strict coach who deals with no nonsense. Players have said that his practices quickly put them in top shape especially if they come into the season unprepared.

“When I first got here I was a bit out of shape,” said Sherman Carter, who recently scored 31 points against Malcolm X College. “Coach makes us run everyday so we’re the best we can be. I’m way better now because of all the training that we do.”

Coach Posley has said that he will sometimes act like he is mad just so he can get the most out of his players.

When it is all said and done, Posley wants to be remembered as a person who took the time out to turn boys into men, whether it was on the hardwood or in life.

“I want people to know that I tried to help them the best way possible,” Posley said. “I put everything I had into helping these kids get to the next level. It doesn’t have to be just basketball. If they’re successful in life then my job is done. I’m just trying to set them up for success and not failure at the end of the day.”