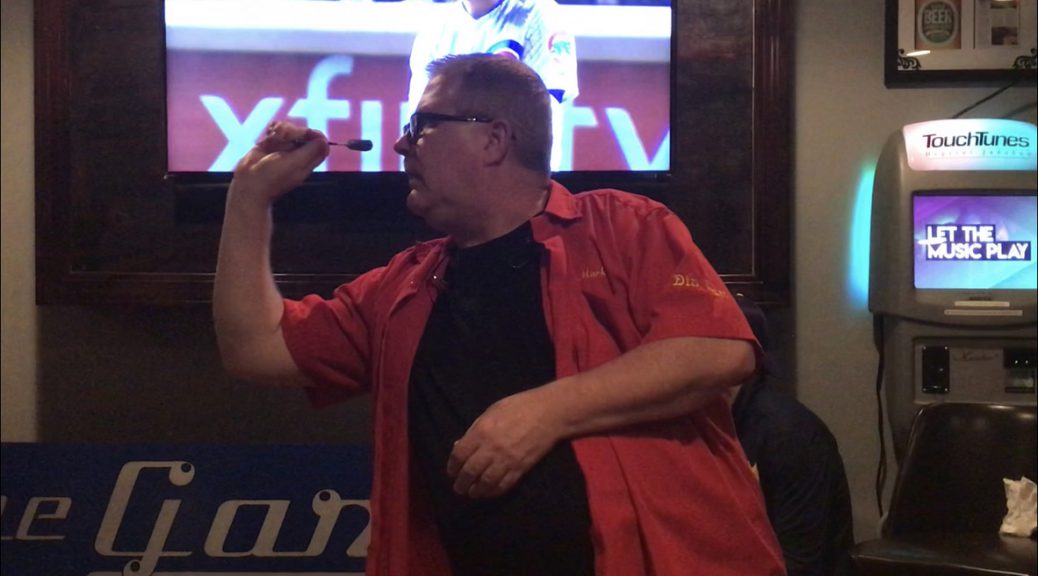 The game of darts is changing. It’s grown into a worldwide spectator sport attracting thousands of fans, and the popularity of the sport is surging in Europe and in other parts of the world. But that surge has yet to really take hold here in the United States, where professional darts is an afterthought and amateur darts is uncommon.

But there are efforts to grow this sport across the country, and some of those efforts have roots right here in Chicago. In this episode of Medill Newsmakers, we clear up some confusion about the great game of darts, and introduce you to some players who are trying to bring this game into the forefront.

Photo at top: Mark Gillespie lines up a throw in a Windy City Darters Open League match at The Garage on a Monday night in May.