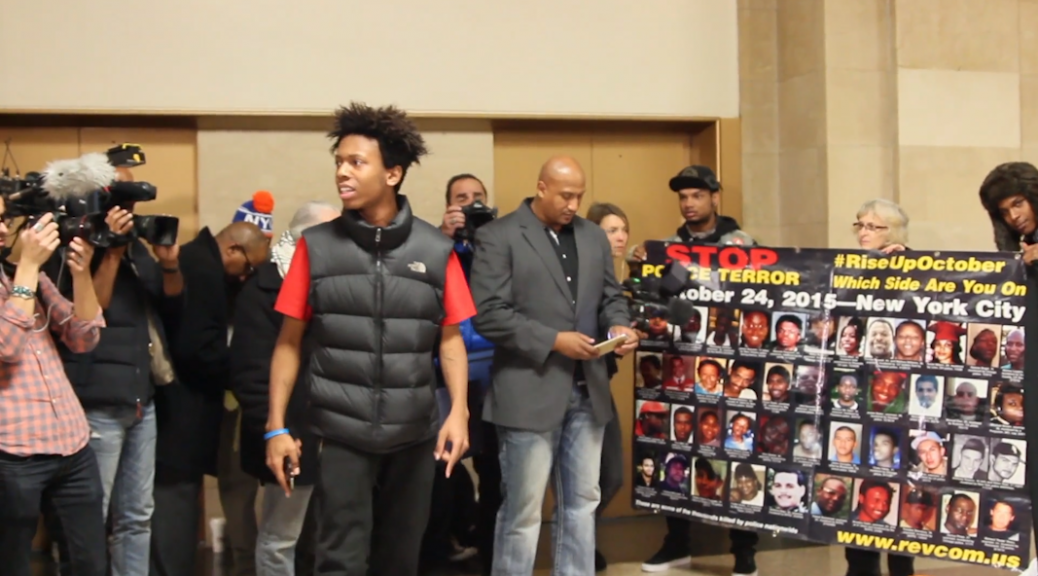 A few young African-American activists in Chicago became well known late last year during a series of protests following the release of a video showing police shooting 17-year-old Laquan McDonald, but along with recognition for these young protesters came some criticism.

Among the thousands of young people led by Black Youth Project 100 was Lamon Reccord. On the day after Thanksgiving, while protesters took over Michigan Avenue on Black Friday, Reccord stared down a police officer.  A photograph of the moment was featured prominently in newspapers and on television around the world.

As the image spread, and he continued to stare down other police officers, the young protester was in the spotlight, leading some on social media to say he was more interested in bringing notice to himself than to the cause.

“I have no choice, but to let them talk,” said Reccord. “But I know what’s my fight and what I am fighting for. It is not about me.”

Many older organizers and young activists do agree that the infusion of youth has drawn positive attention to the cause, and is vital for activism going forward.

“Frankly, I think everybody is looking at young people. Are you all gonna to be there?” said Mike Holman, an organizer for the Stop Mass Incarceration Network in Chicago. “Because if it is all old people demonstrating against this, pretty soon my generation is gone.”

Reccord says the media attention has allowed him to establish his own platform, and he is now using his available resources to work on a project that helps Chicago’s homeless.

Photo on Top: Lamond Record spoke at the end of a demonstration last year. (By Raquel Zaldivar/ Medill)