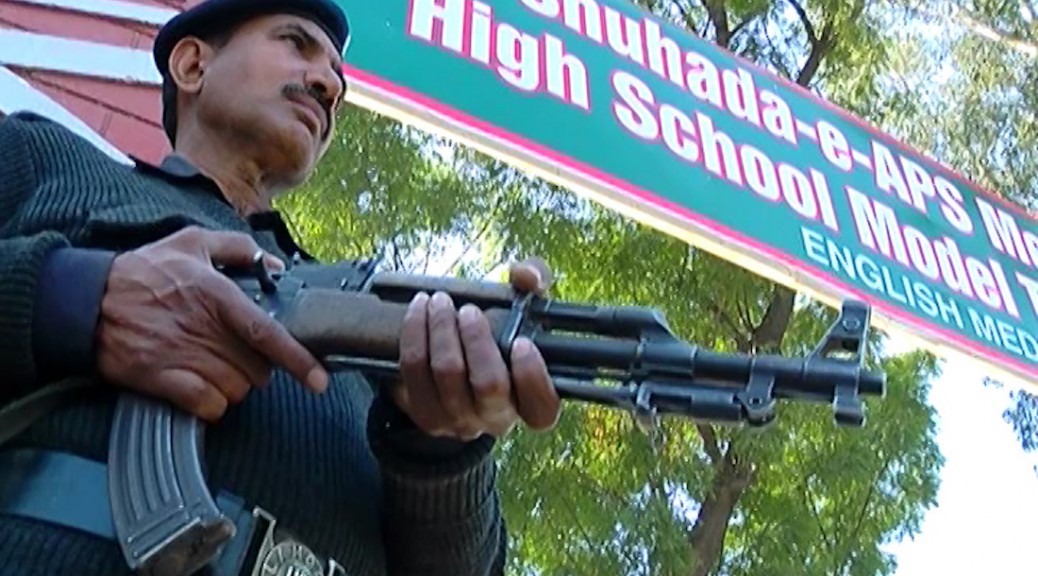 “We have our own weapons too,” Rana Mohammad said as he unwrapped the cloth surrounding a long-barreled revolver which he keeps locked in his desk. This high school principal has the number for the local police, the Punjab Highway Patrol and the local army barracks displayed on his desk as well.

Mohammad said his school has rehearsed evacuating all 1,600 students in a matter of minutes. These measures may seem extreme, but Pakistan has experienced more terrorist attacks on schools than any other country in the world, according to the Global Terrorism Database.

A version of this story first appeared on City 42, a news channel in Lahore, as part of a project between Medill and the Center for Excellence in Journalism at IBA in Karachi. Raza Kharl contributed reporting.

Photo at top: A police officer assigned to Model High School in Lahore, Pakistan stands guard with his automatic rifle as children depart for the day (Yavi Bhattel/City 42).