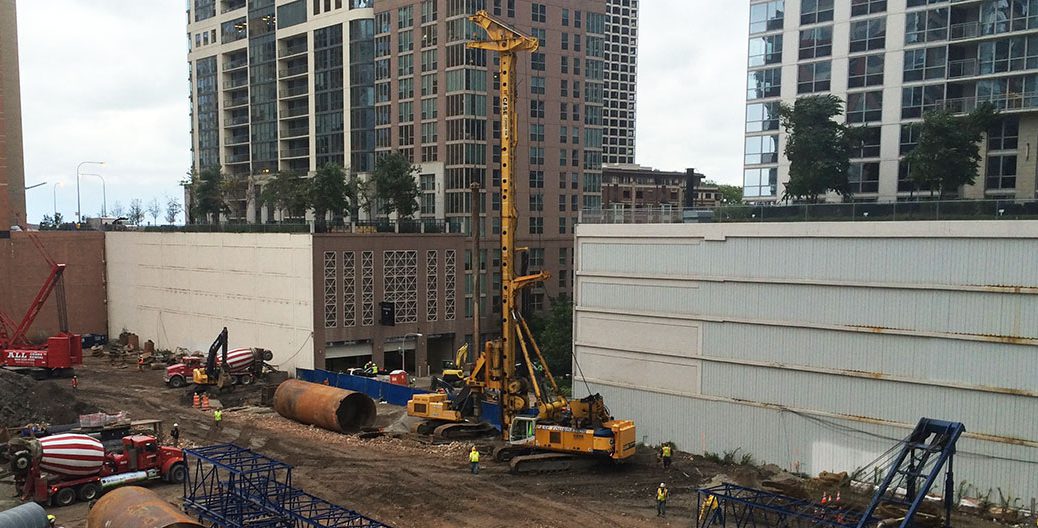 Congress will soon decide on the fate of an increasingly popular and controversial green card program that has generated millions of dollars in foreign investment in Illinois the past few years.

Lawmakers are expected to extend the 16-year-old the EB-5 program past the September 30 deadline, but will mostly likely change its price and availability, say experts.

The EB-5 initiative allows foreign investors, who devote between $500,000 and at least $1 million to an economic development project and create at least American 10 jobs, to receive a green card that fast-tracks them and their families to United States citizenship.

“I don’t think Congress is going to do anything to stop property development anytime soon,” said Atossa Araxia Abrahamian, author of The Cosmopolites, a book that analyzes the U.S.’ EB-5 program and other countries’ citizenship-by-investment industries.

Illinois does not track how much money has been funneled into the state by EB-5, state officials said.

But in 2013 Illinois ranked 25th in the nation in terms of foreign investment generated through this program, according to the most recent data available from Invest In the USA, a trade association that collects EB-5 data. That year, foreign investors dropped $6.125 million in Illinois through this program, which generated $402,680 in state and local taxes, the center said. From 2011 to 2014, the EB-5 program also created 1,712 new jobs across Illinois, according to research from MB Consulting.

While EB-5 contributions in Chicago got off to a slow start, recently investment has ramped up in Illinois. The Godfrey Hotel, Marriott Autograph Hotel and Wanda Vista Tower have all been partially financed through the EB-5.

Once complete, Vista will stand as the third tallest building in Chicago, and is the largest real estate investment by the Chinese in the U.S. Chinese EB-5 investors contributed $200 million to Vista, the terms of which are represented by Klasko Immigration Law Partners.

Klasko represents between five and 10 EB-5 initiatives in the Chicagoland area, said Rohit Kapuria, a Klasko associate attorney. Kapuria credits foreign investors recent interest in Chicago to local developers increased awareness of the program, the city’s improved reputation abroad and a new direct flight from Chicago to Asia, where 85 percent of EB-5 investors are located.

“There’s also the Chicago taint from the fraud case slowly dissipating, so the market is accepting [Chicago] a little more,” Kapuria said, referring to a recent fraud case.

In August 2014, a Chicago man was indicted for allegedly stealing more than $158 million from 290 Chinese investors in a fraudulent EB-5 scheme, saying he planned to use funds to build a giant hotel and convention center near O’Hare Airport. By working with regional development centers, multiple investors can donate to a singular project.

Instead of creating the convention center, however, Anshoo Seethi used investors’ money to benefit a plastic surgery business. He is awaiting sentencing in his criminal case in federal court in Chicago

Chinese businessmen, meanwhile, are all still waiting on a payback for their hefty administration fees and will never receive their promised green cards, according to news reports.

Although, “that fraud case is one of the worse cases in history” and ruined Chicago’s reputation among foreign investors, recently more EB-5 investors have opened their wallets to Chicago, said Ron Fieldstone, an attorney at the Chicago-based firm of Arnstein and Lehr. Arnstein represents about five EB-5 developments in the Chicagoland area.

“It’s becoming much more popular, much more viable than it used to be,” Fieldstone said.

While the program grows in the city, critics say that EB-5 disproportionately benefits urban areas, holds a discounted price tag and creates unnecessary development. Many believe investment should only benefit rural area, or investors should pay the full $1 million price. They want to eliminate an initiative that allows investors to pay $500,000 if they invest in an urban area with eight percent unemployment.

More than 100 areas in Illinois qualify for this discounted rate of EB-5 investment, including 25 in  Cook County, according to state census data.

Illinois also does not limit the number of contiguous census tracts developers can combine to calculate their project’s unemployment rate.

And so, that means savvy builders can chain as many census tracts together as they need, so they can offer foreign investors a discounted rate on the land they want to develop, experts say. This has essentially lowered Illinois’ EB-5 price tag to $500,000 across the state.

“There’s no requirement, we have no authority. Even if we wanted to we couldn’t reject developers application as long as [the census tracts are] contiguous,” said an official from the state Department of Employment Security, which approves developers’ EB-5 applications. He declined to be named.

But ideally Congress will pass a new rule that limits the number of contiguous census tracts developers can combine when submitting their plans, the state official added.

The program is administered nationally by the U.S. Citizenship and Immigration Services.

If the unemployment incentives end, and foreign investors are forced to pay at least $1 million to develop in Chicago, Kapuria said they may look outside the U.S.

“When it comes down to the critical issue of urban versus rural you have to go back what the markets can embrace,” Kapuria said. “It’s not entirely clear to me that foreign investors would be entirely gung ho for rural investments.”

This would create a huge loss in state tax revenue and development, experts say. But, some argue that fewer hotels built through EB-5 in Chicago would be a good thing for the city.

“There is a supply and demand imbalance at the moment, where we are at risk of being overbuilt on the hotel side,” he said. “I think that developers should be very cautious about building hotels in Chicago.”

Kisielca points to hotels like The Palmer House Hilton and Thompson Chicago that remain up for sale. An unprofitable project could again deter EB-5 investors from building in Chicago, warned Fieldstone.

“It’s a critical issue, [investors] want to get their money back,” he said.

“It’s bad for the environment,” she said. “It really depends on how you look at it. In the long run, I can’t imagine [unnecessary development] could be a good thing.”

Despite such shortcomings, Kapuria believes the EB-5 program should continue in Chicago, albeit with a few changes.

“It’s a very good program, it’s had a very good effect on the economy in Chicago, I think the program should stay,” he said. “Perhaps I’m biased, and yes there have been some bad eggs and integrity is important, but lets not also pass some bill that contains requirements that non-starts the program.”

Photo at top: Construction site for the new Wanda Vista Tower, which is partially financed through the EB-5 program. (Nona Tepper/MEDILL)