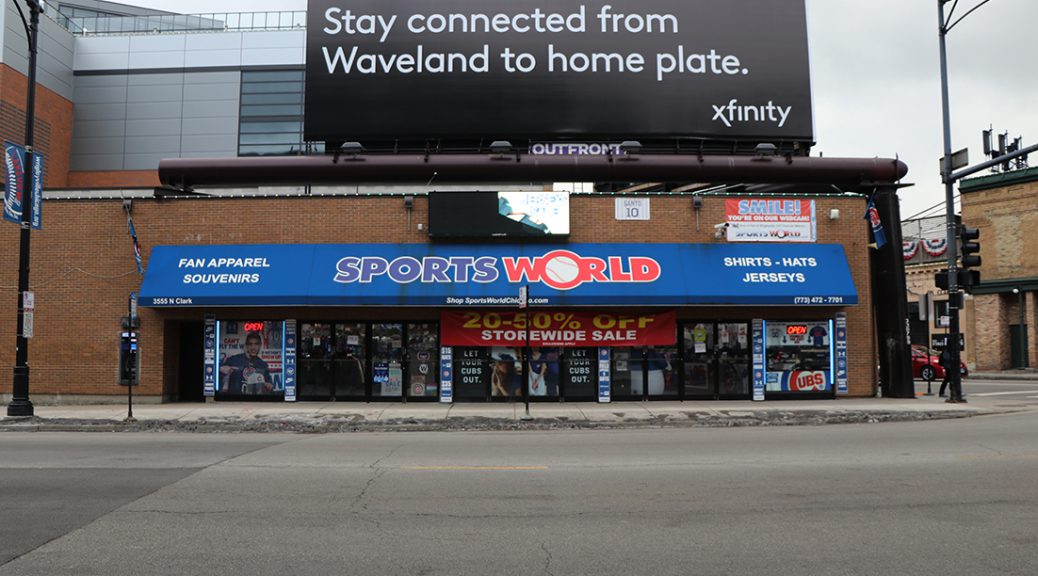 Upscale new commercial venues and stalwart old ones are making Chicago’s Wrigleyville neighborhood a year-round destination even when the Cubs’ season ends at Wrigley Field.

Whether it’s the slew of swanky new bars and restaurants such as Happy Camper Pizza on Clark Street or the bright lights that populate Gallagher Way’s Christkindlmarket during the holiday season, the Wrigleyville of today looks quite different than even five years ago.

The treasured traditions of riding in on the Red Line and getting off at Addison Street, cracking open a cold one at Murphy’s Bleachers and singing through the seventh inning stretch never die. But there is more to it now.

This is the result of the Cubs’ commitment to making the neighborhood an entertainment hub.

While there are some negative connotations associated with the changes and how they could take away from the neighborhood’s particular allure and feel, long-time stores in the area are open to this new era in Wrigleyville.

“It’s nice to have the kind of entertainment that this stuff is bringing out,” said Ryan Nagel, the stock supervisor of Wrigleyville Sports, who has worked at the store for 24 years. “It brings a lot more people into the neighborhood during the offseason so we’re ultimately for it.”

While the changes brought customers to visit stores such as Wrigleyville Sports and other long-time neighborhood staples during the Cubs’ offseason more frequently, Nagel and his staff are continuing to create ways to get even more people through the doors. The official jerseys and other team related merchandise remain the top sellers during the season. But, as a local option, the store realizes it has an opportunity to connect with its surrounding community.

“We have started to kind of collaborate with smaller markets to do some more unique art things and fun stuff like that,” Nagel said. “Those have been real big sellers.”

A primary factor that differentiates stores such as Wrigleyville Sports or Sports World, which have anchored the same locations for decades, compared to some of the newer places in the area is their ability to bring back a sense of the old days.

“[We] try to be a place where people see a little nostalgia in the store,” said Brad Rosen, a partner of Sports World since 2006. “It’s always neat to build a store where you see old-time players and pictures and things like that.”

In addition to bringing in Cubs fans on a regular basis throughout the season, both stores also rely heavily on Wrigleyville tourism, especially in the offseason. Whether it’s a tour of Wrigley Field itself or a stroll through the neighborhood, the position of each store within the area makes it an easy stop along the way. Nagel said tourists make up the majority of Wrigleyville Sports’ business in the offseason.

As the neighborhood continues to change, both stores are confident that they will be around to provide customers with an experience that reflects why they’ve been a part of the Wrigleyville community for decades.

“We’ve been around for 30 years, and we don’t really see an end date on that going forward,” Nagel said.

Photo at top: Sports World’s convenient location across from the iconic Marquee catches the eye of any visitor to Wrigley Field. (Jake Meister/MEDILL)