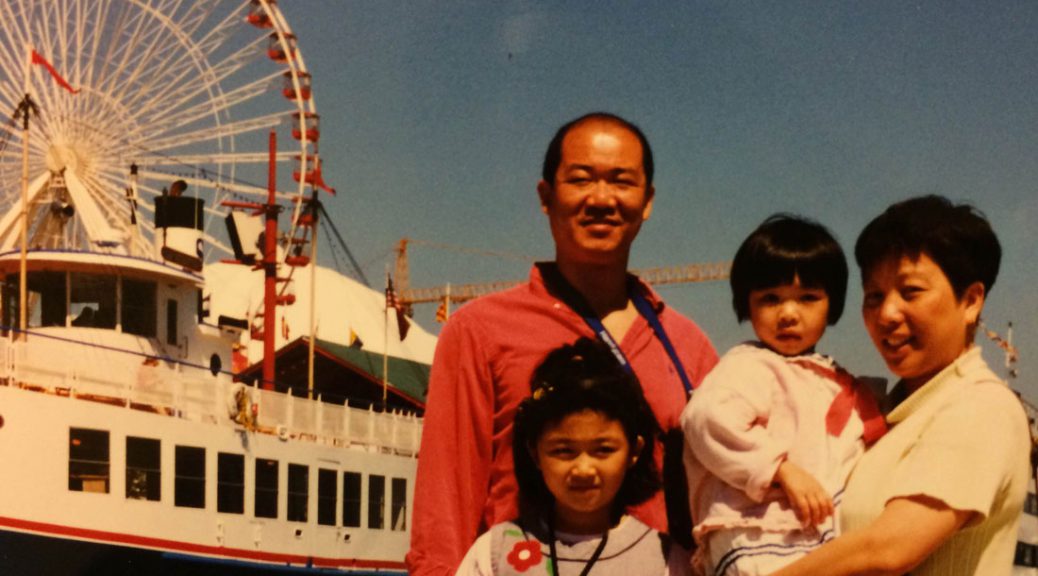 Idalia Cervantes still recalls vividly when she accompanied her mother to the doctor as her interpreter at age seven. Not yet knowing the word “cough,” she faked several coughs to help describe the symptom.

“I was learning English myself and I only knew a few words,” Cervantes said. Even though she was born in America, she spoke only Spanish at home and began to learn English in school. Yet, by the time she was four years old, she started to translate for her Spanish-speaking parents who immigrated to the U.S. from Mexico in the 1990s. “I was just doing the best I could,” she said.

Being the translator and interpreter for the older generation is the common role played by many young Americans  from limited English speaking households. Even when they are just little kids, they take on the responsibility to balance between two languages and the cultures behind them.

Within some immigrant communities where everyone goes to the same local groceries and diners, speaking English isn’t a problem. Yet when it comes to doctor appointments, prescriptions, credit card bills, taxes and school documents, hospital visits, reading and responding to mail, the language barrier can be daunting. And that’s when the roles change and young people become the guide for their parents since other language services are limited and the state budget cuts are hurting community organizations that offer them.

Jeanne Hou, a senior at Northwestern University, speaks Cantonese at home with her parents who came from Guangzhou and Hong Kong. The Hous live close to Chinatown, which gives them plenty of places where they can carry out business in their own language. But once they step outside the Mandarin/Cantonese-speaking area, Hou and her sister frequently do the translating.

During translating and interpreting, jargon and technical terms become the biggest obstacles. Young translators can encounter words such as medical terminology with which they are not familiar  or don’t know how to translate to their native tongue.

“There were many technical terms I didn’t know,” Hou said. Sometimes she took a guess at it, looked it up or asked the doctor. Often, she would describe the word to her parents using examples, like the fact that high “cholesterol” levels are “something you get from eating fatty foods.”

“Even if I understand, it’s very difficult to explain to the parents and grandparents because of the cultural difference,” said Winnie Lam, who now works at the Chinese-American Service League and often translates for her grandparents-in-law and parents-in-law who speak Toishanese, a dialect in eastern part of China.

Before Lam takes elderly clients to an annual check-up or an eye vision test, she often helps them call the physician’s office to make an appointment and goes with them herself to interpret when physicians explain the procedures.

However, it’s usually difficult for second generation students and working adults to help with in-person interpretation because of the conflict of time. “They have to balance their work duties,” Lam said. “So many parties are requesting them to help with the translation. They are dependent on you. So it’s a lot of psychological pressure.”

Hou is in college now and will move again after graduation, which also makes it harder to do in-person translation for her grandma and her parents whenever they need it. Even when they call her at a certain time, she is not always able to answer.

“They will send me a picture on WeChat of whatever they need me to translate,” Hou said. This requires her to constantly check her phone. If it is not an urgent issue, she can put if off for a little bit and focus on the schoolwork first, she said.

According to the 2010-2014 American Community Survey from U.S. Census Bureau, nine percent of the households in Chicago are “limited English speaking households” that have no one age 14 or older who speaks English only or speaks it very well. Approximately 16.1 percent of the population in Chicago may face significant language barriers.

It is vital for many immigrants to be able to communicate with someone in their native language when getting access to basic services. Language hurdles can lead to a wrong type of service or make them wait for a long time. Thus, assistances in language access can largely benefit those who are English limited and also help relieve some pressure on the second generation, Lam said.

Government departments and hospitals don’t routinely provide such assistance. “You can request in advance but it cannot be promised,” Lam said. Now more immigrants are residing in suburbs, it becomes more difficult for them since there are less social service agencies that speak their languages, she added.

“Sometimes they will have it when you need it right away, sometimes they won’t,” Hou said. “You don’t really know. So you just expect that they won’t have it or it won’t be a good translation.”

Some services offer a translator via phone, a cheaper option. “Some government entities, or clinics can only rely on the cheapest way of interpretation, which is over the phone, not having in-person translators. And this is a barrier to those with lower hearing ability and those who are deaf,” Lam said.

According to the Language Access Advisory Committee Report, the implementation of language access includes interpretation services, translating all essential public documents provided to or completed by program beneficiaries and participants, training front-line staff and managers on language access policies and procedures, etc. The city has also allocated $100,000 from the 2015 Budget to translate the city website into the top languages spoken.

Under the ordinance, Chicago residents who are not proficient in English will have better access to City government resources in their native languages. However, unlike cities such as San Francisco and Washington D.C., the ordinance “does not apply to emergency services like 911, or the Chicago fire and Chicago police” departments, said Andy Kang, legal director at Asian Americans Advancing Justice, Chicago.

Community organizations have been offering help to immigrants but budget cuts have made the job harder. Many are operating without the state funds they received in the past due to the budget impasse. Community programs are being cut and employees are being laid off or doing the work as volunteers, leaving immigrants without some key services.

According to the website of the Illinois Coalition for Immigrant and Refugee Rights, Immigrant Services Line Item (ISLI) in the Illinois Department of Human Services funds two major programs, including the Immigrant Family Resource Program which serves as a crucial language access bridge to government services and programs and helps state government stay compliant with Title VI of the federal Civil Rights Act. The budget amounts to less than 0.01% of total state budget. Yet the budget impasse is hurting numerous community organizations and members.

About 60 partner organizations depend on the line item. “Not only our programs are being cut, but recognizing that language access should be people’s right is being devalued,” said Kristina Tendilla, community organizer at AAAJ, Chicago.

We are living in a country where there are resources. When translating medical terms involving serious health issues, it can be a scary situation that no child should be put in, she added.

In cooperation with some other immigrant communities, she initiated the I Speak Power campaign several months ago, calling for the restoration of the ISLI and more importantly, to increase these immigrants’ awareness of their essential rights and learn to speak for themselves.

“Language should be a human right,” Tendilla said. “Not having the language access or receiving service in your language can be detrimental to a family. You are not getting connected to basic things. And that’s a violation.”

Photo at top: Jeanne Hou as a little girl with her parents and older sister. (Photo courtesy of Jeanne Hou)