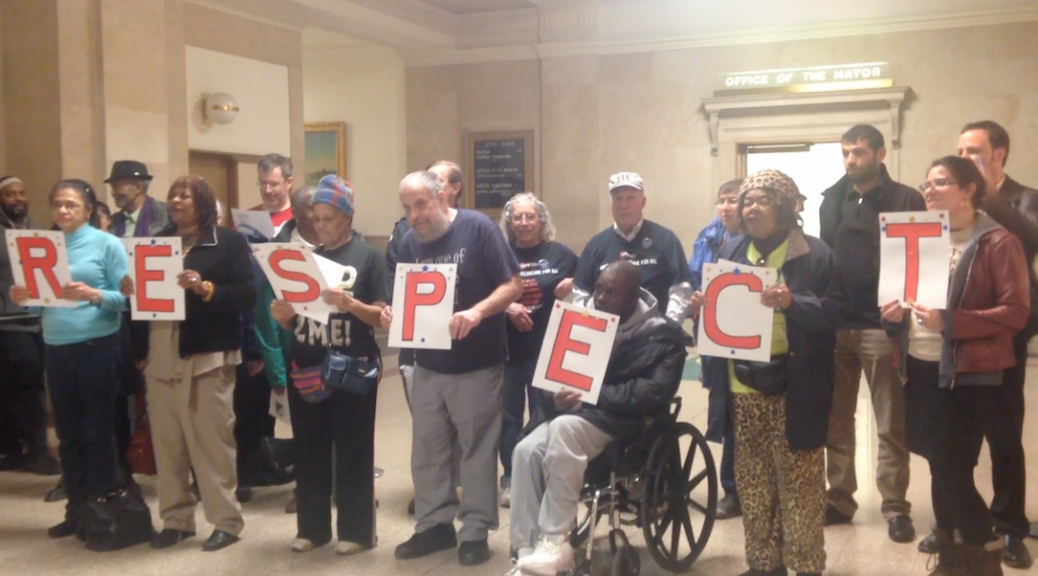 Just weeks before the April 7 run-off election, mental health activists rally at the mayor’s office Tuesday to denounce the shortage of clinics in high-need areas. Mayor Rahm Emanuel closed six of Chicago’s 12 mental health clinics in 2012 to consolidate care and balance the budget. Although the City says it is now better serving those with psychological disorders, activists say many in the affected neighborhoods are going without care rather than traveling to other clinics.