Cook County Circuit Court Judge Robert Kuzas considered 88 misdemeanor cases over the course of two hours at a recent 9 a.m. hearing. That is considered a moderately slow session in Branch 43, as the county’s misdemeanor court at 3150 W. Flournoy St. is known. Two more sessions filled that day with 1 p.m. and 2:30 p.m. court calls.

“Efficiency is the priority in most courtrooms,” said Joy Tull, one of the public defenders working at Branch 43.

To get through all those cases in the time allotted, the courtroom runs like a well-oiled machine. Assistant state’s attorneys and prosecutors stand shoulder to shoulder in front of the judge’s bench and consider case after case.

“Definitely efficiency,” said Assistant State’s Attorney Steven Haamid, echoing Tull. “If everybody can say ‘Ok’ to a specific offer, why would you still put a trial on knowing that was what the judge was going to give. So now you just made a trial for no reason.” he said. 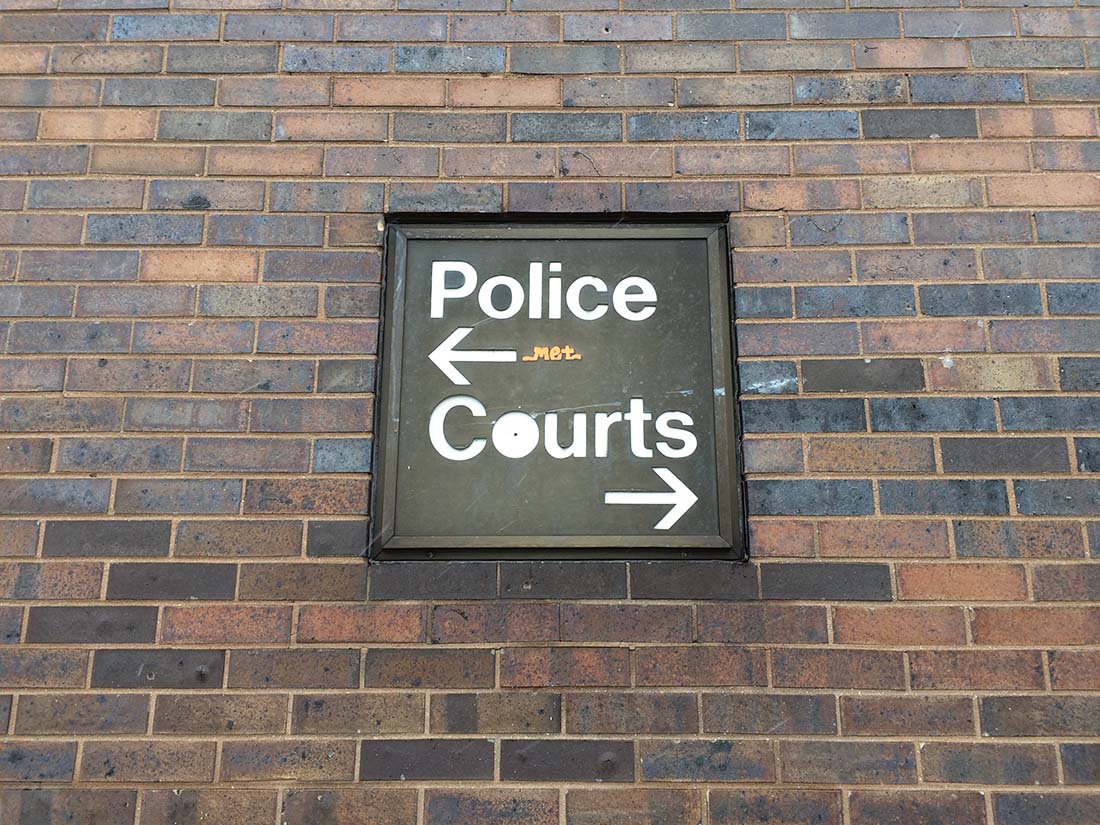 “I wanted to trial out. But my public defender advised me that they’re offering 30 community service hours,” said Timothy Cash, 22. Cash was offered a deferred prosecution, meaning his case would be dismissed after his voluntary completion of community service. Including arrest and detention, this case had already taken up four days for Cash. “I just went with the quicker process.” he said.

In Branch 43, many cases are dismissed within seconds due to a lack of evidence, most commonly the failure of a complaining witness to appear in court. Otherwise, the prosecution will almost always make an offer for a plea deal. Nationally, it is estimated that less than 10 percent of all criminal cases go to trial.

“I think about the crime, the background of the defendant, the effect on the complaining witness, the victim, but in turn I’m also thinking of the defendant.” Haamid said. In crafting an offer on behalf of the state, he has many considerations to make.

“Is this offer beneficial, is it deterrent…Is this what they need?” Haamid said.

While defendants are happy to avoid a conviction or a guilty plea, coming to court often seems like an inconvenience when the matter is resolved within moments.

“I had to come down here because I didn’t want a warrant,” said Charzel Nash, 20, charged with soliciting unlawful business. Nash claims that the charges were bogus, a result of simply hanging out on a corner with his friends, but a conviction or a bench warrant would have spelled trouble for him. Nash is currently on parole for felony possession of heroin, he said. Nash missed a day of work to sit in court for 30 minutes and appear before the judge for 30 seconds.

Branch 43 never has a shortage of cases, and most days the case burden is high. Misdemeanors, defined as a lesser crime punishable by a fine and/or up to one year in jail, make up over two-thirds of the of 77,000 arrests Chicago averages most years. Even under such an unending stream of cases, the state’s attorney’s office does not consider having these cases in the system a burden.

“Ultimately, it’s still a crime.”  Haamid said. “That’s not to say that because a crime is committed, everybody is deserving jail time.” he said, referring to the regular use of deferred prosecution and dismissals that keep the court moving.

“The issue is how many cases are coming in, and should that many be coming in? The answer is: ‘Too many’, and ‘Good God, no’.” Tull said.

Photo at top: The entrance to Branch 43. Phones are not allowed in court, and officers regularly chastise defendants in the gallery for using them while court is in session. (Photo by Chris Schulz)