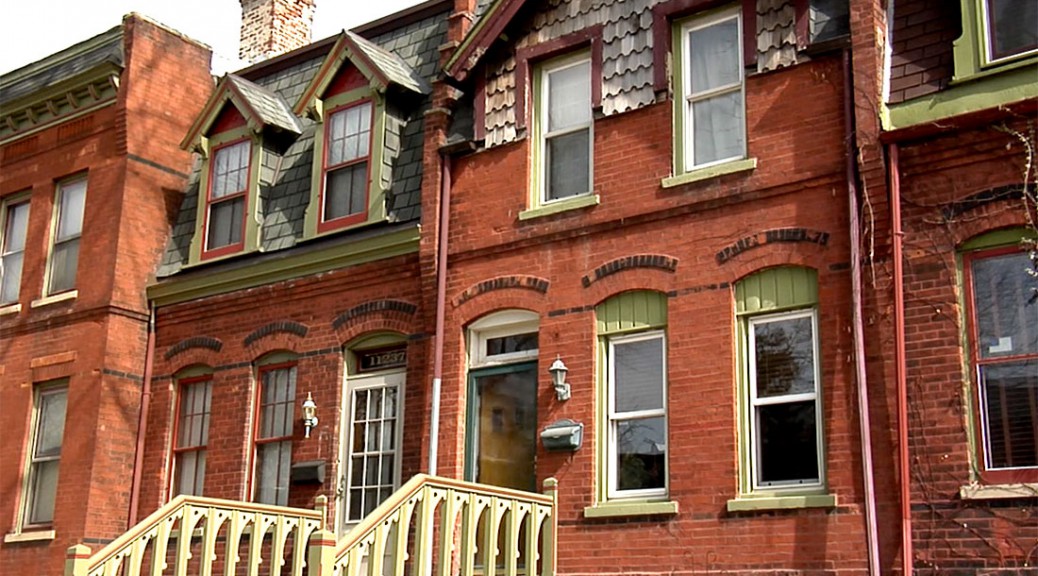 The Pullman neighborhood on Chicago’s South Side has always been a place where worlds and ideas collide. Some of America’s most important disputes between factory owners and factory workers, African Americans and white Americans, and preservationists and city planners have taken place here. Following Pullman’s designation as a national monument by President Obama, the National Park Service has set up shop in the neighborhood. Community members discuss their ideas for the future of Pullman while the new park ranger shares next steps for the new Park Service property.

END_OF_DOCUMENT_TOKEN_TO_BE_REPLACED 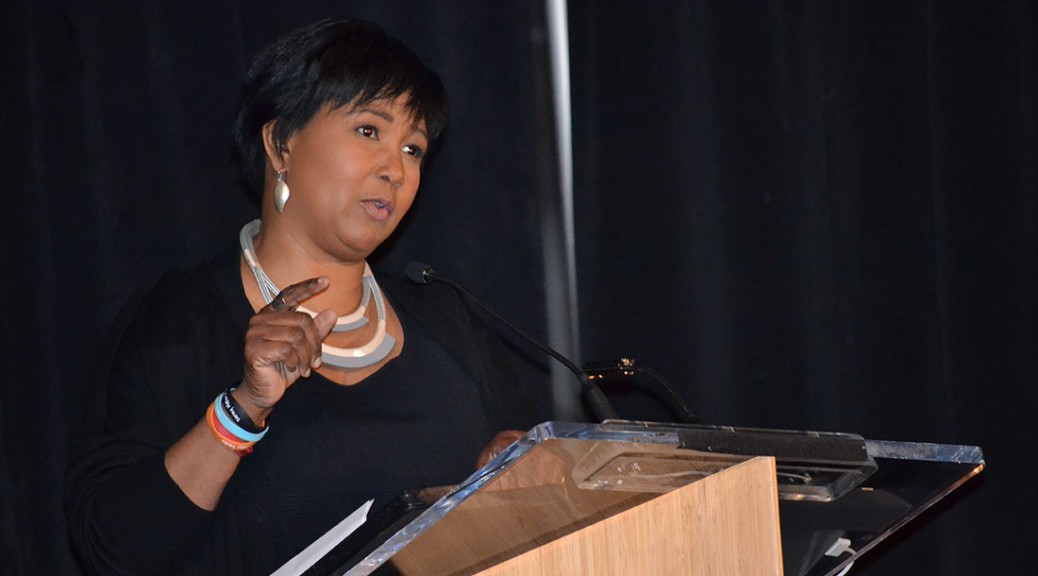 Chicago girls were encouraged Thursday to seek opportunities in science and technology during ComEd’s signature event for women’s history month at the Museum of Science and Industry. END_OF_DOCUMENT_TOKEN_TO_BE_REPLACED

If you think the depreciation of foreign currencies against the dollar will harm U.S. multinational companies, stop worrying.

U.S. firms are grabbing at the opportunity to raise funds at an extremely low cost.

In the first three months of 2015, more than 20 central banks all over the world either cut interest rates or launched quantitative easing program to purchase sovereign bonds and asset-backed securities. END_OF_DOCUMENT_TOKEN_TO_BE_REPLACED 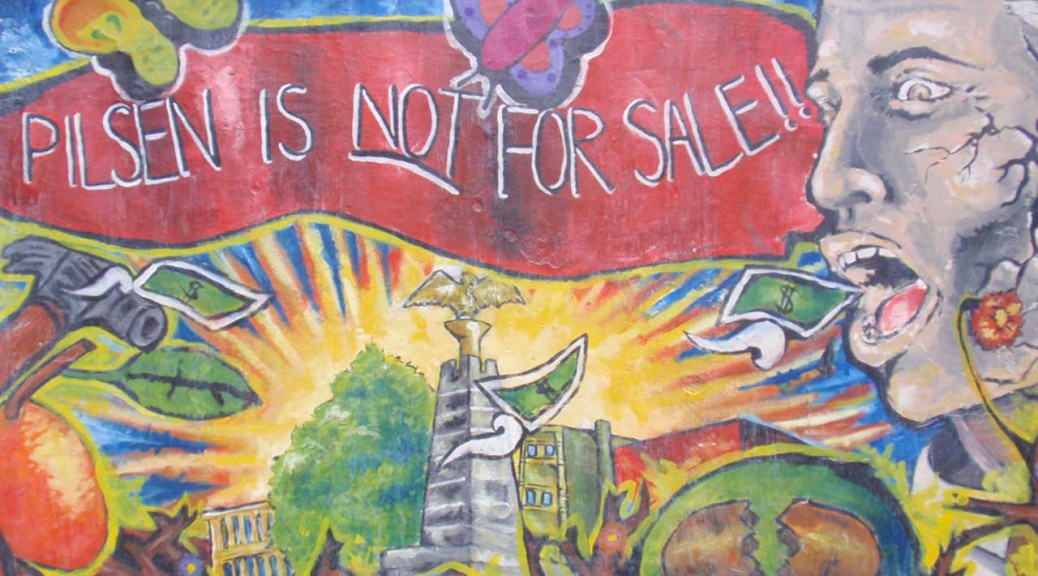 Gentrification is the process of rebuilding a neighborhood to accompany an increase of middle or upper class residents. As the community changes, residents who cannot afford property tax increases are displaced. Gentrification is a hot topic here in Chicago, where neighborhoods that have been immigrant communities for decades are seeing an increase of Millennials and young families moving in.

The word itself is a cause for debate because some people say gentrification reflects economic development, while others ask what the cost of that development truly is. IN this edition of Medill Newsmakers, DePaul University professor Euan Hague, and Amie Sell, a community activist, explain what gentrification looks like in Pilsen and Logan Square.

END_OF_DOCUMENT_TOKEN_TO_BE_REPLACED 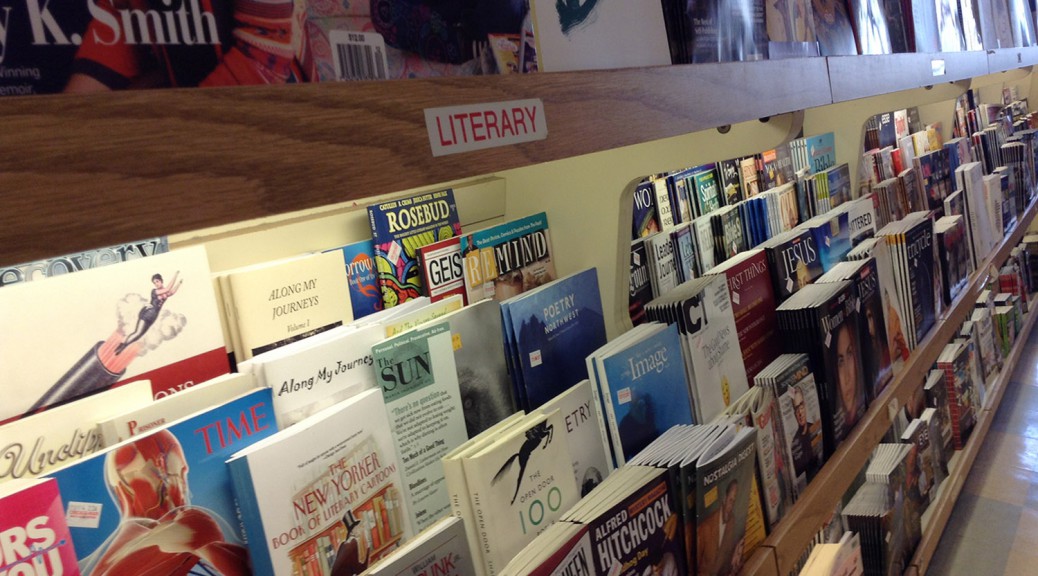 American readers met Holden Caulfield in The New Yorker. In 1946 the iconic teenager appeared in J.D. Salinger’s story “Slight Rebellion off Madison,” five years before The Catcher in the Rye was published. This is what literary magazines are for – helping writers develop their craft, and introducing readers to what’s next.

Chicago is also a creative incubator. Windy City publishers are historically drawn to new and groundbreaking work. Over the last 100 years, norm-shattering literary magazines have proliferated to the point where they have (somewhat ironically) become the norm.

END_OF_DOCUMENT_TOKEN_TO_BE_REPLACED 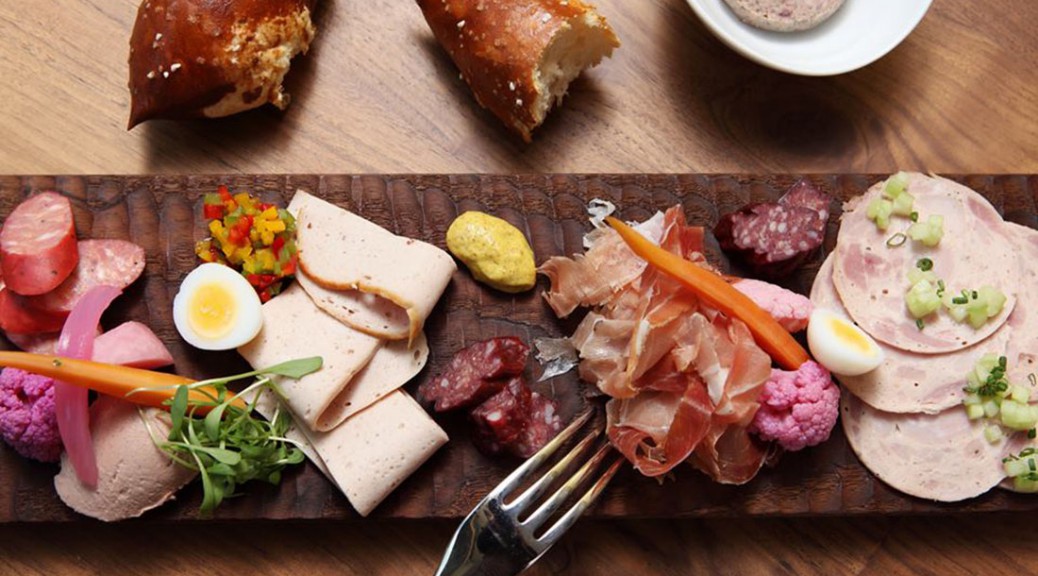 When Nia Asimis lost her job in 2008, at the height of the financial crisis, she didn’t bother looking for another one. Instead, she saw opportunity in her mother’s former tailor shop space.

Asimis, 42, opened a restaurant, drawing from her Greek heritage. She called it Nia Mediterranean Tapas. Seven years later, she averages between 2,000 and 3,000 customers a month, $50 per check, and last year, earned $300,00.

END_OF_DOCUMENT_TOKEN_TO_BE_REPLACED 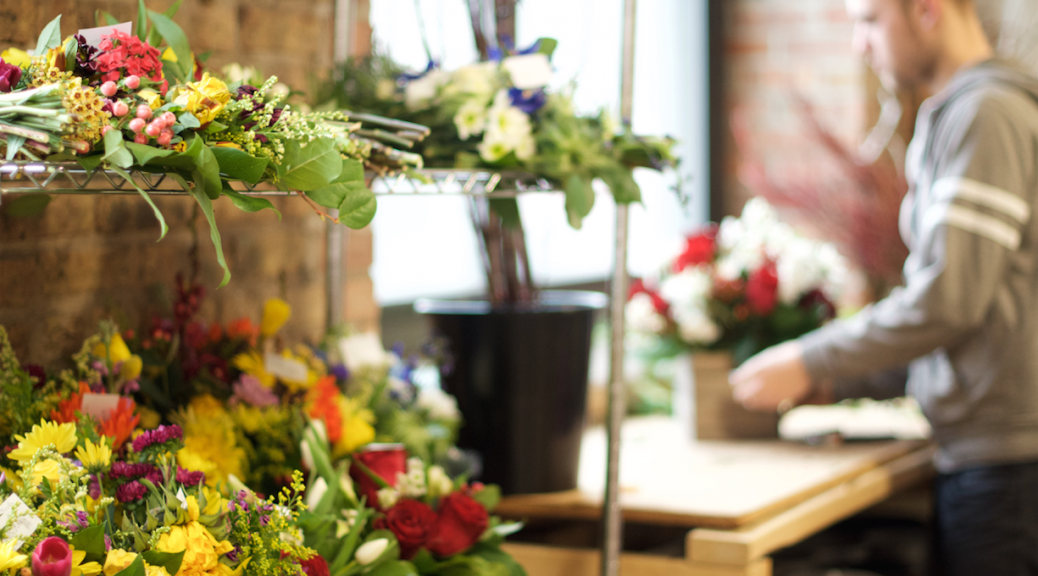 According to IBIS World, by January 2015, there are more than 35,000 offline florists and more than 3,000 online flower shops in U.S. In spite of this strong competition, with only a few thousand dollars invested to start the business, Chicago-based Flowers for Dreams LLC was profitable even in its first year.

The 2-year-old Chicago’s online flower store Flowers for Dreams made more than one million dollars in revenue since it was founded. In 2014, it gained more than $100,000 in profit and a quarter of it, $33,608, was donated to 12 charities. It doubled the number in 2013. Its past Valentine’s Day sales was six times of last year’s Valentine’s Day sales, according to Steven Dyme, co-founder of the business. END_OF_DOCUMENT_TOKEN_TO_BE_REPLACED 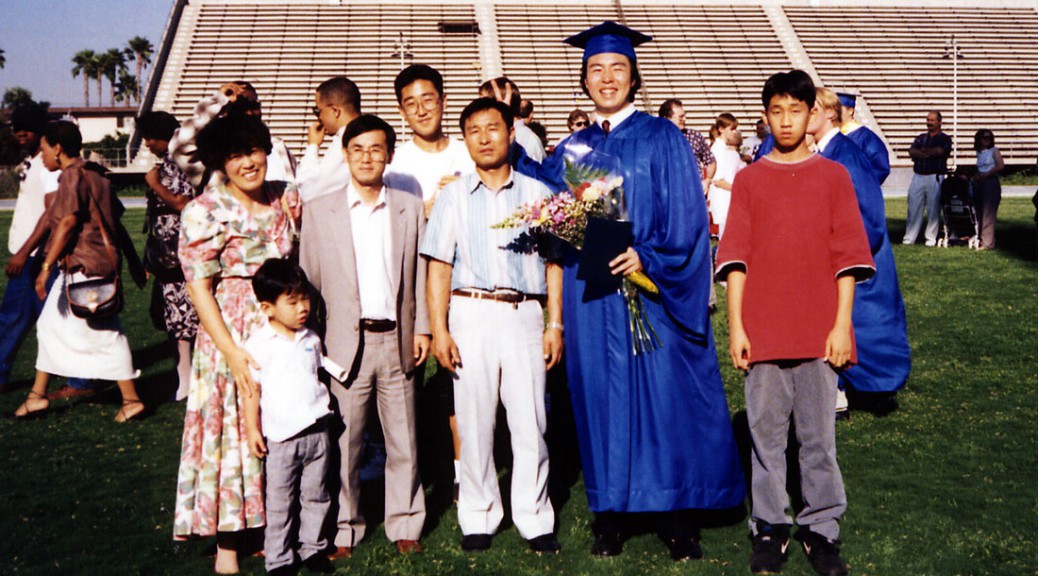 For us first-generation Americans, the unremitting pressure that accompanies our career choices comes as no surprise. It’s an integral part of the “American Dream,” the future that immigrants imagined for not only themselves, but also for their children born and raised in the United States. It’s been going on for generations, parents worried that their children won’t grab the golden ring of financial prosperity that, in part, prompted them to leave whatever old country failed to provide hope for a better future.

This dream is still prevalent today.

But, it’s 2015, more than a century after the Statue of Liberty raised her torch in New York harbor. Why are we still in this awkward and uncomfortable tug-of-war between pursuing what makes us happy and Mom and Dad’s concerns with our success; especially if our passion involves the arts?

END_OF_DOCUMENT_TOKEN_TO_BE_REPLACED 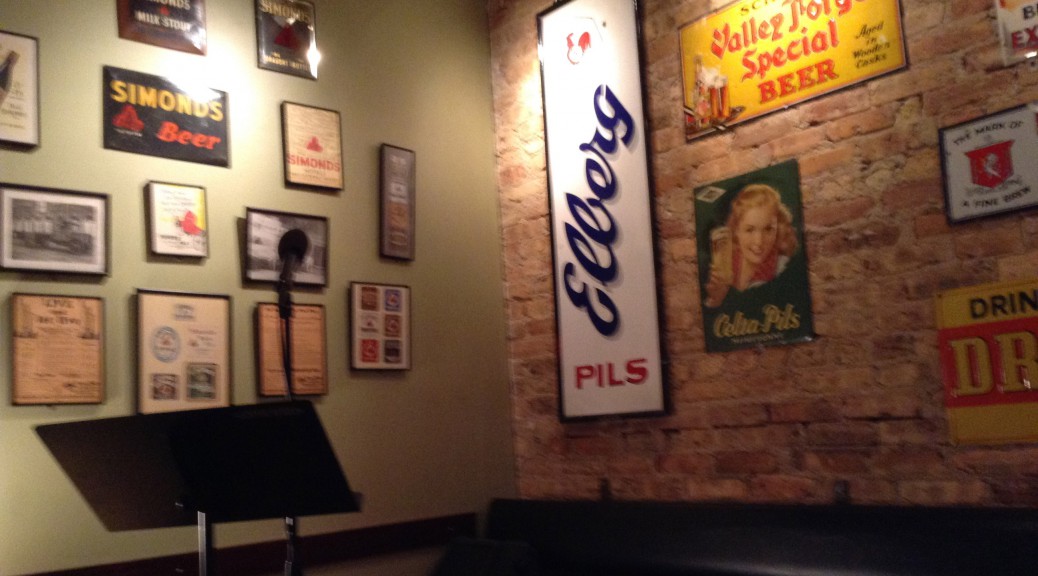 Chicago’s literary scene is brought to life in venues all over the city, every night of the week. Below is a map of some of the city’s most popular weekly and monthly live lit events. Included are open mic nights In One Ear, North Side Story Club and Urban Sandbox, reading series Tuesday Funk and live magazine Paper Machete. END_OF_DOCUMENT_TOKEN_TO_BE_REPLACED 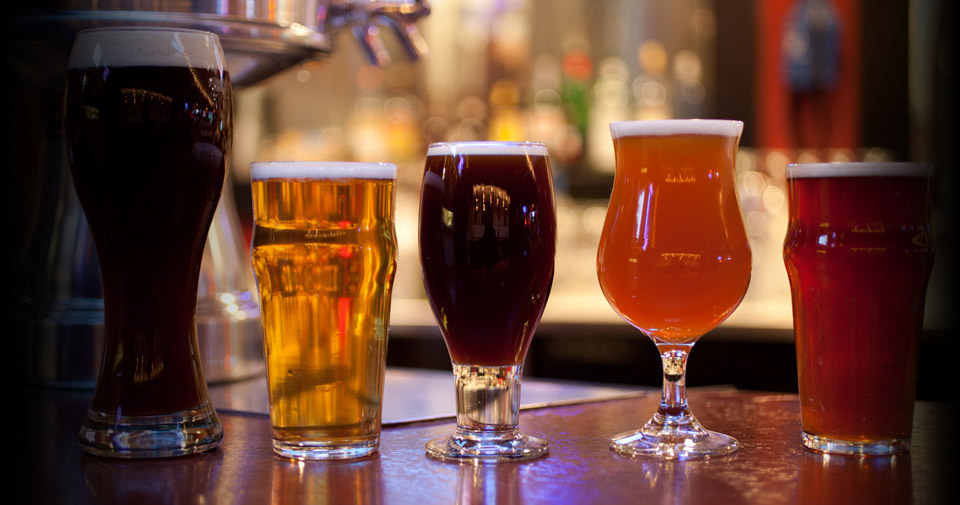 Businesses like Piece Brewery and Pizzeria and its sister restaurant, Brobagel, serve up mainstay menus in Wicker Park as they have for 13 years. Environmental sustainability is another cornerstone built into the business model.

“The main thing, we already had built in [is] we brew our own beer. There is less distribution and we cut carbon there. Our spent grain goes to urban farmers or anyone else who asks. It gets used to make some of our bagels next door,” said Eric Fritzsche, 33, general manager. “We try to make sure everything we do is local and clean.” END_OF_DOCUMENT_TOKEN_TO_BE_REPLACED