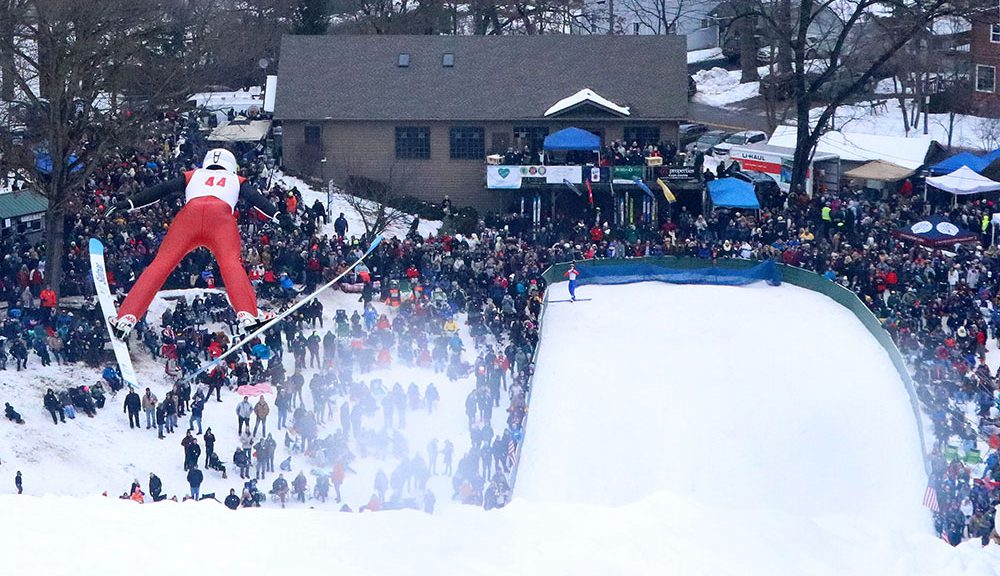 An uncharacteristically large, steep hill lies in the depths of the Fox River Forest Preserve in Fox River Grove. More than 100 years ago, a group of Norwegian immigrants deemed it fit for one of their favorite sports, creating a tradition that persists today.

Every year, world-class ski jumpers migrate to Fox River Grove, a village in McHenry County, just over 45 miles northwest of Chicago’s loop, for America’s oldest ski jumping competition at the Norge Ski Club. The club traces its heritage back to those original immigrants.

The Annual Winter Ski Jump Tournament entered its 115th year of competition on Jan. 25-26 and welcomed 107 of the world’s most elite junior and professional ski jumpers to compete in front of a crowd of 10,000 Chicago-area residents.

“Our claim to fame is that we have the longest running ski jumps in America,” said Norge Ski Training Center chairman Guy Larson.