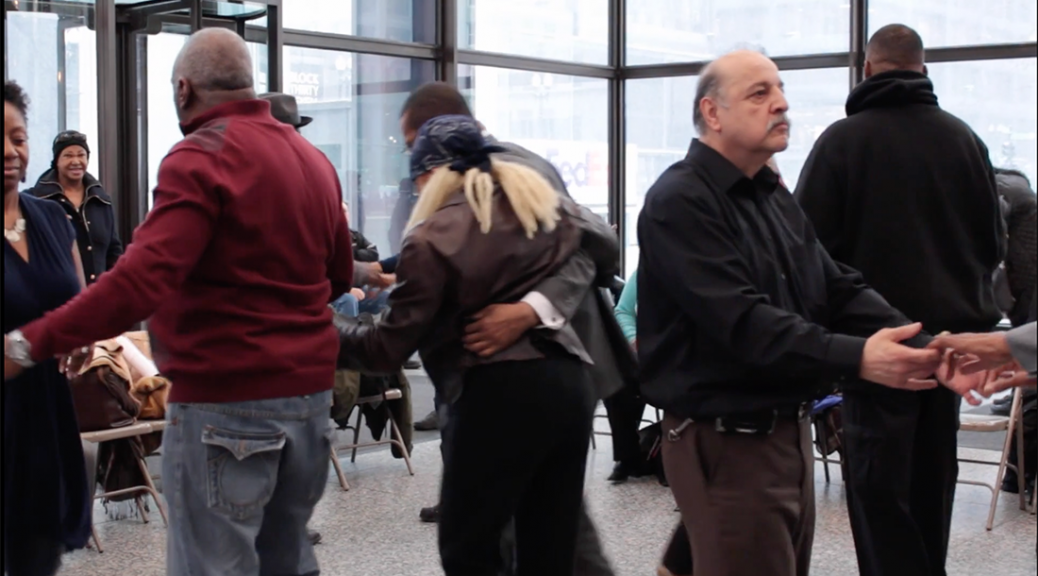 Most people head out to eat during their lunch hour to get away from their jobs for a while. Some Chicagoans, however, prefer to blow off some steam and even get some exercise during this time by Steppin’, a dance form that originated in Chicago. Its roots come from the Bop, according to the National Steppers Society.

Photo at top: Chicagoans who like Steppin’ come out to dance at the Richard J. Daley Center. (Adriana Fernandez/MEDILL)