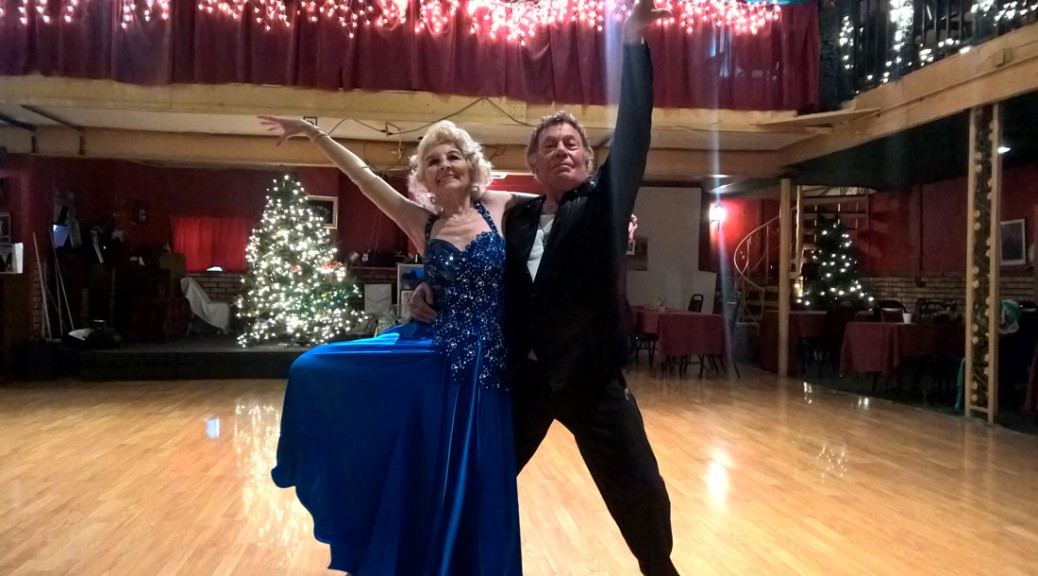 Vito Bertucci was once considered one of the most famous ballroom dancers in the United States. He performed in Las Vegas and New York, but never wanted to move out of Chicago. “I have my group here and I didn’t want to leave them alone,” says Bertucci.

Today, the 82 year old is still a professional dancer and instructor.

Bertucci says his doctors can’t believe his vitality and stamina. “Just a lot of stretching, exercise and a little secret”, he says.

According to Bertucci, his passion for dance keeps him young. He and his dance partner Carol Werkmeister, are one of the oldest dancing couples of the world . Every year they perform together at many public events.

“What keeps you young is not your body, but your spirit” says Bertucci, “That’s the only thing that really makes the difference”.

Vito Bertucci and his dancing partner Carol Werkmeister, posing at the end of their dancing exhibition (Iacopo Luzi/MEDILL)