Students apply science to make an environmental difference in Cambodia

SIEM REAP, Cambodia – From looking at religious merit release practices in and around Siem Reap, to exploring “pet culture” and animal welfare in households, to investigating the effects of noise pollution on a vulnerable bat population, students at The School for Field Studies in Cambodia are doing more than just studying abroad.

These students are investigating environmental concerns that face Cambodian communities today with hopes that their research can help inform environmental policy and action in the future. Through their programs, SFS is training students to do community-relevant research – that is, research that can make a difference.

Through their month-long directed research projects, students from the U.S. work with a faculty mentor and translator to formulate a hypothesis, conduct research interviews with community members, and analyze and present their data.

“They work incredibly closely with their principle investigator or faculty mentor, and those faculty mentors develop the overarching research agenda and the research question because it’s important for it to tie into our strategic research plan,” said Georgina Lloyd Rivera, Ph.D., SFS Cambodia center director.

Each SFS center has a strategic research plan that governs each semester’s projects and outlines the center’s community partners and some of the country’s major environmental challenges, Lloyd Rivera said. The plans are developed through meetings with government officials, non-governmental organizations, private sector groups and other stakeholders in order to ensure that the research done at SFS is relevant to the surrounding community. In Cambodia, this plan encompasses four major research themes: Environmental Governance and Natural Resource Management, Biodiversity Conservation and Ecology, The Human-Environment Nexus, and Sustainable Tourism Development.

Like the strategic research plan, each individual directed research topic is decided in collaboration with SFS’ community partners and stakeholders, Lloyd Rivera said, but projects can also build on previous research or emerge from the short-term field work that the students and faculty do throughout the semester. For example, they might do comparative studies on the same project in both the wet and dry seasons, or they might do similar projects in different areas over the course of multiple semesters in order to create a larger data set that gives a more complete look at an issue.

This primary research – where students are collecting and analyzing the data themselves as opposed to pulling data from previous research – gives students first-hand experience with research processes and allows them to participate in research that matters locally.

“It’s a very unique opportunity for students to do undergraduate research, primary research, to explore research questions that are really going to contribute to the development of knowledge in their host country and are really going to support the improvement of conservation outcomes or management outcomes or governance outcomes,” Lloyd Rivera said. “I think it’s really beneficial for the students for the skills that they gain, but it’s also very rewarding for students to contribute to this process of reciprocity of the research.”

The research projects are conducted individually or as part of a team, depending on the needs of the project, she said. Out of this semester’s seven projects, four were based in Siem Reap, where the SFS center is located, and three were conducted in Mondulkiri Province in eastern Cambodia.

“We’re looking a lot at perceptions of dog ownership in Siem Reap, so how that plays in with sterilizations and vaccinations and overall dog welfare,” said Brenna Prevelige, a rising senior from Bucknell University. “There’s a pretty large overpopulation of dogs right now which causes a lot of ecological and social threats to humans, so we’re trying to kind of understand perceptions and attitudes towards dogs in order to understand how to best address that problem.”

Prevelige (right) partnered with Monika Metro (left), a rising senior from Virginia Wesleyan University, to speak with families that owned or took responsibility for a dog. They wanted to compile a data set that expanded on a previous study about pet culture and dog welfare in rural areas by speaking to people within Siem Reap’s Svay Dangkum commune.

Through their work, which was conducted with support from the Svay Dangkum commune authority and Sala Kanseing village authority, they assessed body and skin condition of 50 dogs and spoke with 35 families. 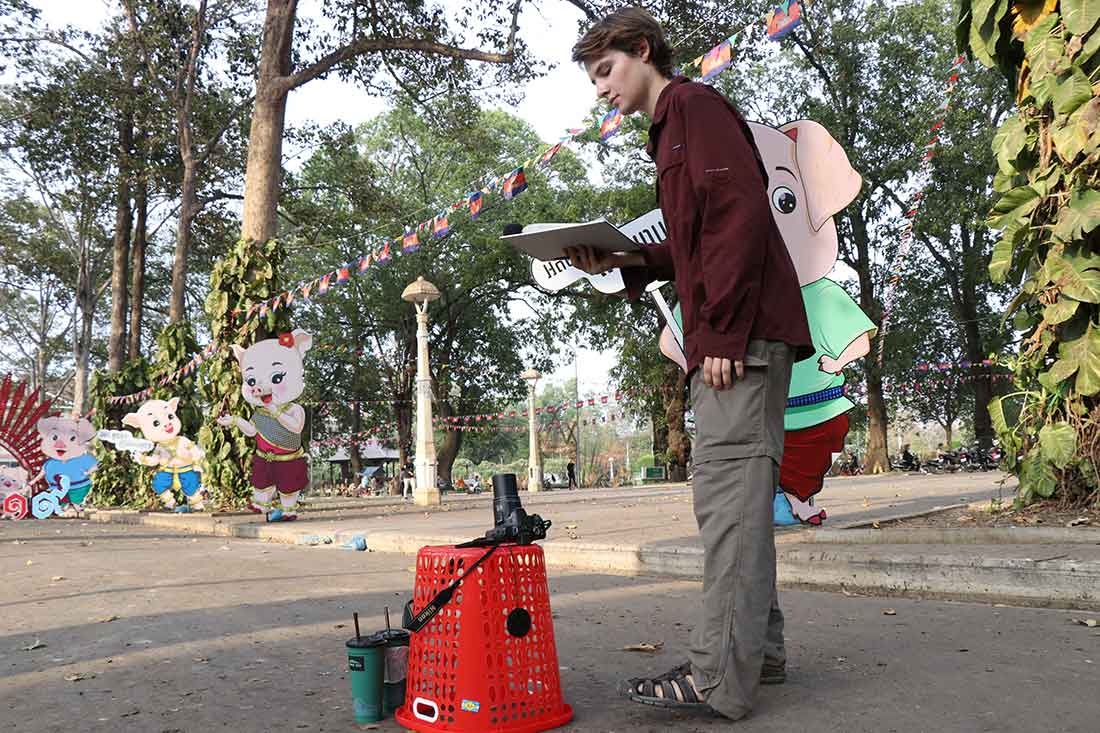 Colin Meenk, a rising senior from Whitman College, used his directed research project to study how noise pollution at the Royal Independence Gardens in Siem Reap affects a vulnerable bat population that lives in the trees there.

“My project studies the Pteropus Lylei population, which is Lyle’s Flying Fox – bats – in the Royal Gardens of Siem Reap, Cambodia,” Meenk said. “It is assessing anthropogenic stressors on them, such as noise, number of people, etc., and also other independent variables such as temperature and weather conditions.” 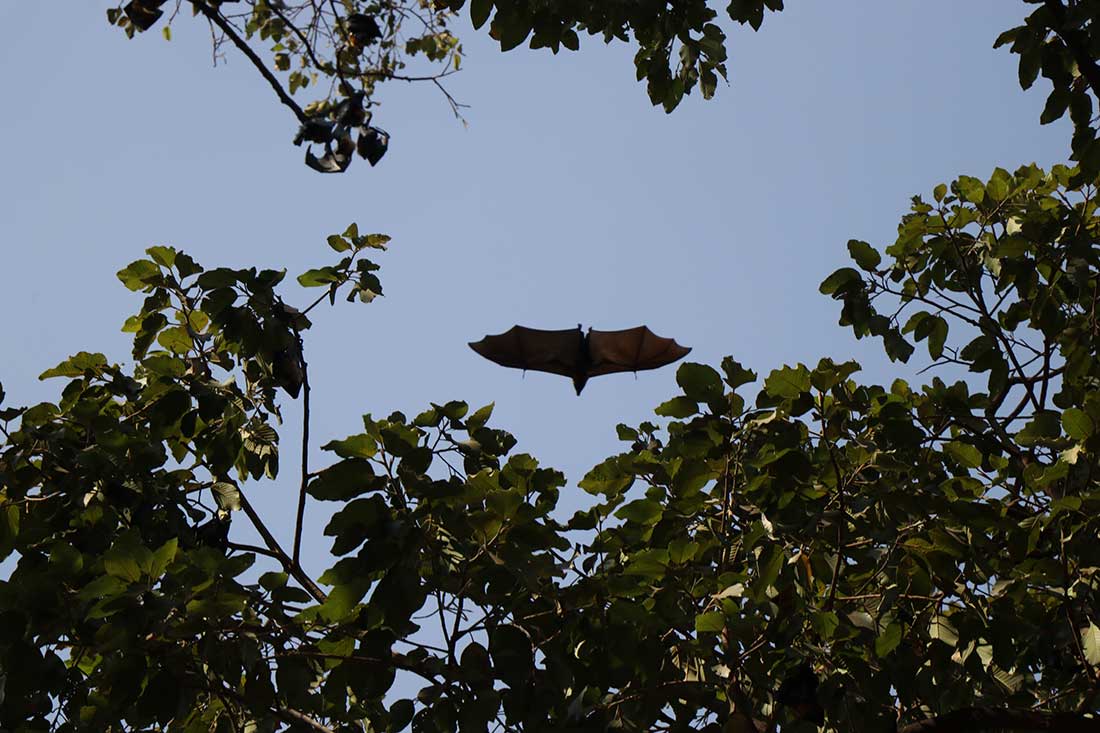 Through this project, conducted with permission from the General Directorate of Environmental Protection and the Department of Air Quality and Noise within the Ministry of Environment, Meenk spent 20 hours recording surrounding noise levels beneath the bat colony’s trees, counting the number of people in the defined area and using a video camera propped on an upturned laundry basket to tape the bats’ movements for later analysis.

“The big picture here is studying the ability of species to adapt to their urban environments,” Meenk said.

Though her project was based in Siem Reap, Adriana Salse, a rising senior at the University of Wisconsin-Madison, spent much of her data collection period traveling to wats (pagodas) both in and outside of the city, talking to monks, nuns and others about religious merit release, merit donation and mercy release.

Merit release is the practice of obtaining an animal – commonly a bird, turtle or fish – and praying over or blessing it before releasing it in order to bring the releaser good karma or good health. Through her directed research, which was completed in conjunction with the Department of International Cooperation within the Ministry of Cults and Religions and the Alliance for Religions and Conservation, Salse looked into what animals were being released, why people were releasing, and what people knew of the practices’ origins in order to gain a better understanding of the practice and its potential impacts. 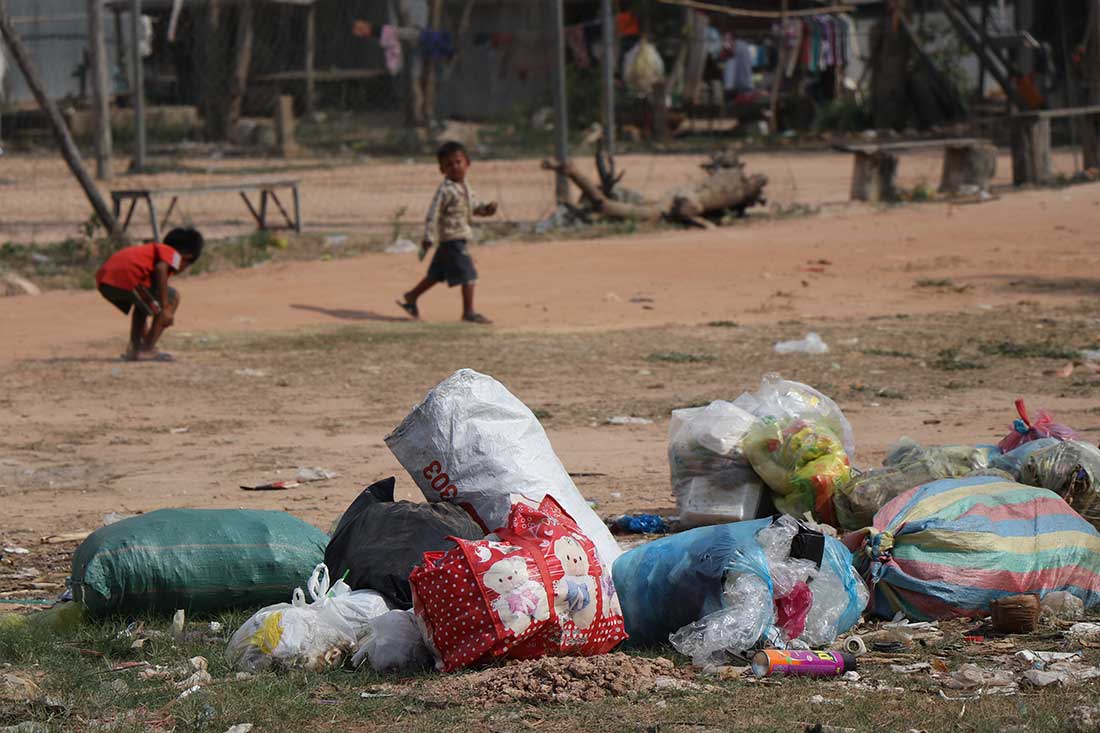 The final Siem Reap-based project examined solid waste management in the city’s central communes. The project, which was completed in collaboration with the Siem Reap Provincial Government and Department of Environment, was split between four students and looked at policy, affordability and community perceptions surrounding solid waste management.

“The main goal of the study is to collect data on different household perceptions of solid waste management – so, understanding what it’s worth to people, whether or not they participate in paying for the service, basically just what their ideas are for cleanup in the community as well as in Siem Reap in general,” said John Dzurec, a rising senior from Miami University.

Maya Glicksman, a rising senior from Brown University, hopes that the information she and her fellow students gathered can help inform policy and management practices in Siem Reap – an idea that speaks to the backbone of the School for Field Studies’ practices: non-extractive research that stays in and benefits the communities it concerns.

“I wanted to do something that was relevant to the community,” Glicksman said. “It’s cool to me that there’s never been a study done like this in Siem Reap.”