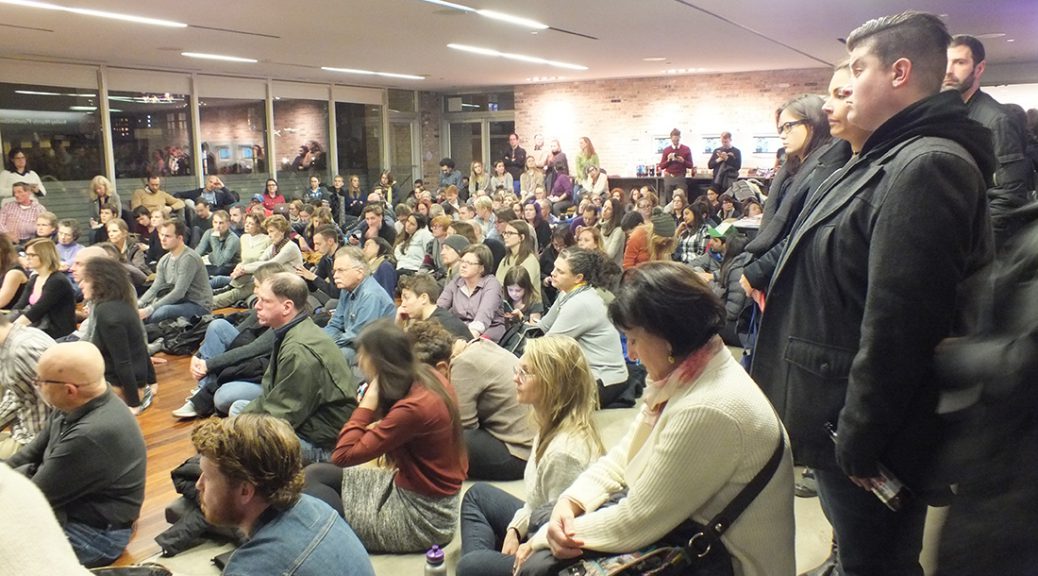 Now that President-elect Donald J. Trump’s path to the White House is clear, Chicago-area progressives met Monday night to map out a game plan to protect civil liberties during a Trump administration.

“Everybody in this room is still trying to wrap their heads around what happened on Nov 8,” said state Rep. Sara Feigenholtz (D-Chicago) during a gathering of more than 300 people at Center on Halsted, which advocates for LGBT rights, including representatives from Planned Parenthood, the American Civil Liberties Union and Equality Illinois. “They sat in front of their televisions and watched everything unravel.”

Concerned about threats to free speech, sexual and reproductive equality, use of torture and freedom of religion, panelists discussed resistance strategies that included donating money, volunteering and signing up for action alerts from organizations fighting to uphold the liberties they feel a Trump presidency will jeopardize.

Attendees were also advised to become smart news consumers to combat the wave of misinformation from fake news sites that hold sway over an increasing number of news consumers. They encouraged audience members to gift subscriptions to credible news outlets and encouraged those around them to do the same.

“We all saw the electoral map on election night and Illinois was the on blue spot in a sea of red in the Midwest, with that comes an immense responsibility,” said Rianne Hawkins, project manager for Planned Parenthood Illinois.

While voters may be tempted to look nationally, ACLU spokesman Khadine Bennet said there are plenty of local issues that need attention: “It’s really important to not lose sight of the fact that we don’t have a budget in our state. Get activated and motivated and organized, but also don’t forget about the issues we have here.”