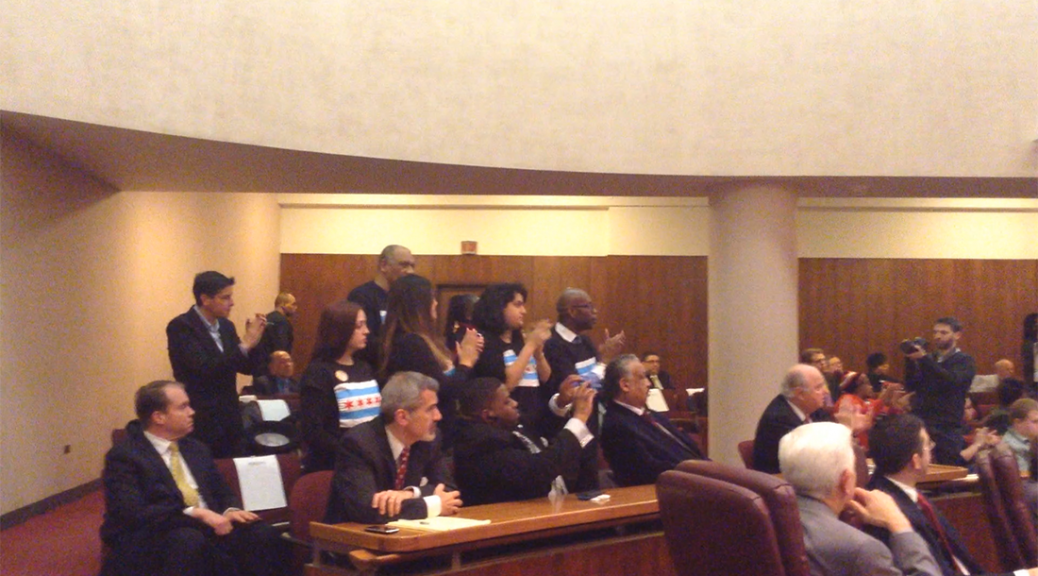 Alderman Howard Brookins Jr. (21st) asked City Council Wednesday for a hearing on the ordinance that would give reparations to those tortured by police under the command of Jon Burge. Members of Chicago Torture Justice Memorials, Project NIA and Amnesty International showed their support through demonstrations during the council meeting.

At the last count, 28 aldermen have said they would back the ordinance. That count has increased by one since the sing-in at City Hall last Thursday. The activists said they met with Alderman Carrie Austin (34th), and she quickly gave her support. They said their goal is to get the ordinance passed before February elections.