The technology that millennials use to pursue their desires improves over time, and the latest trend is for public anonymity, broadcasting the user’s thoughts to others nearby.

Apps like Yik Yak, Kik, Snapchat, or WeChat are in vogue, parents are often clueless, and school supervisors are being trusted to know the territory.

Teenagers can be seen using their cell phones as an unsupervised avenue for obtaining drugs, alcohol, and even sex.

As an example, at a recent Model United Nations of University of Chicago (MUNUC) conference, high school students were posting on Yik Yak’s anonymous app, using Model UN jargon to identify each other and boast about soliciting alcohol, weed, and advertise their sexual desires. 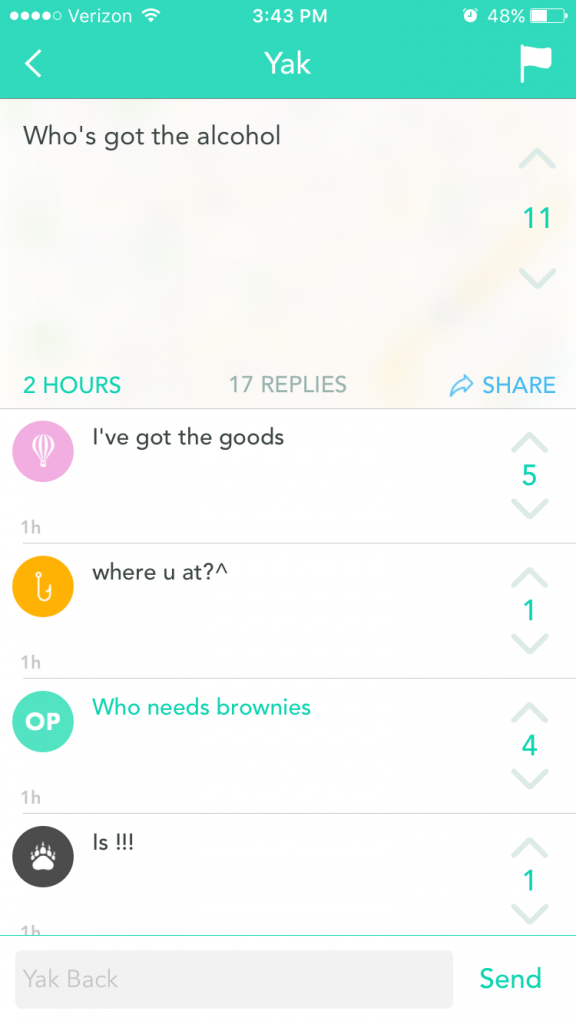 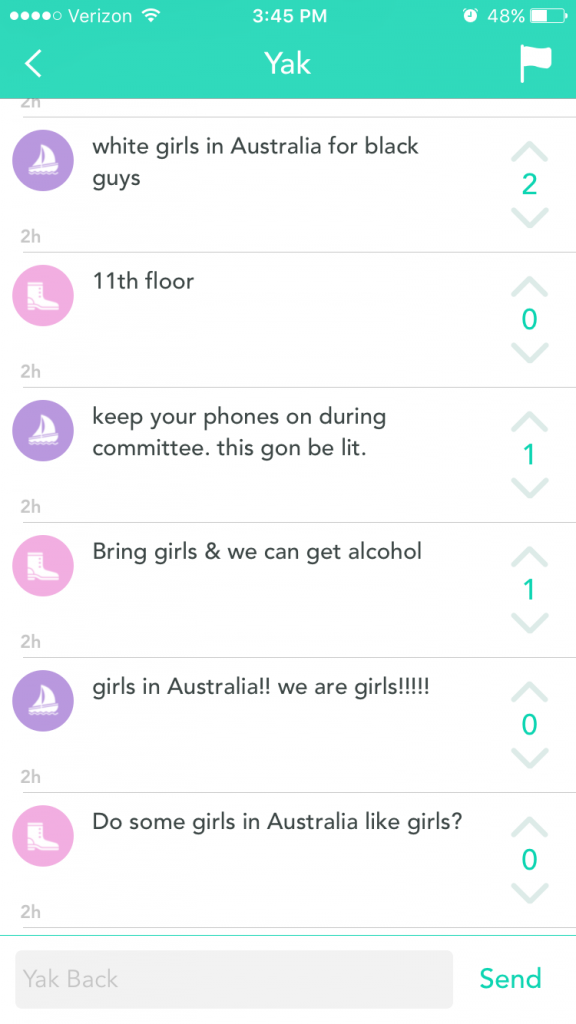 Yik Yak is a platform that allows users to post anonymously about anything and everything, and the posts are accessible to everyone in the area. Users who choose to take their conversations out of the public eye will leave usernames for other applications, such as Kik, Snapchat, or WeChat. The obscure usernames that are left for “hook-ups” guarantee a form of anonymity. 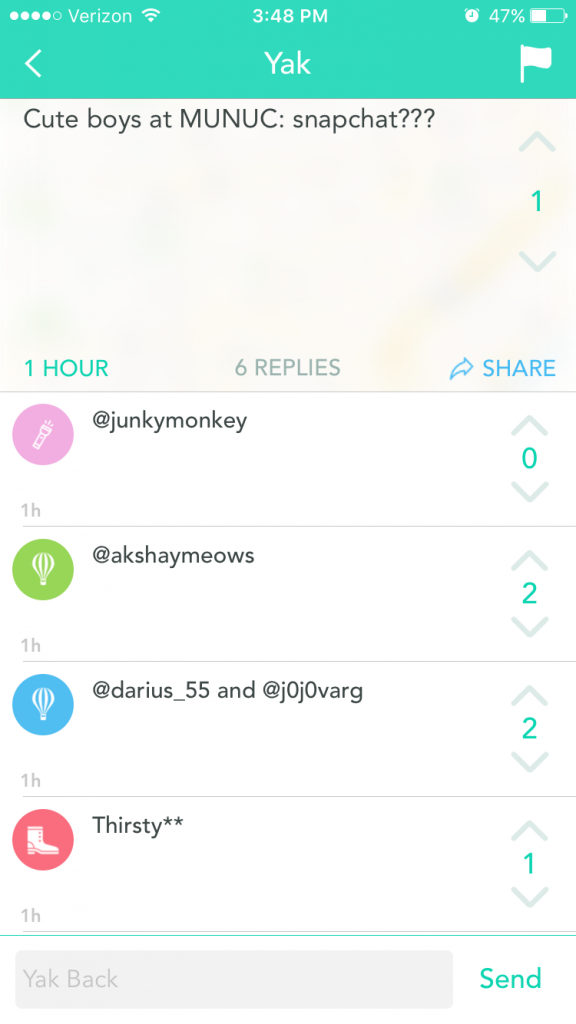 When users want to take it private, they leave other anonymous usernames for direct messaging apps like Snapchat.(Colin Mo/MEDILL)

Philip Crean, the Secretary-General and Chief Executive Officer of MUNUC, said that the organization had been aware of Yik Yak and other mobile platforms since last year’s conference, and had staff members monitoring the platforms.

“This year, we reached out to Yik Yak representatives on campus, and asked them to shut it down at the site within the conference’s downtown location, but ultimately it turned out that shutting it down in the Chicago Loop for a weekend was impossible,” said Crean.

Crean added that there had been “no cause for intervention” at this year’s conference, and that “if any of the supervisors found something uncomfortable on Yik Yak during the program, advisers would have been alerted.”

Some students yakked that they opted to get alcohol directly from room service. (Colin Mo/MEDILL)

Olivia Boger, a spokesperson for Yik Yak responded in an email, “We encourage users to take an active role in keeping their feed healthy, fun, and respectful. One powerful way to do this is by upvoting awesome content or downvoting content that’s not appropriate within your community.”

Boger also indicated that five downvotes triggers automatic removal of the posts. “If you come across a concerning yak we’ve also made it easy for you to report it: just tap the flag icon at the top of the yak and select the reason for the report,” she added.

Additionally, Yik Yak’s web statement from 24-year-old CEO Tyler Droll notes: “Being able to speak openly within your community is powerful and beneficial, too. On Yik Yak we can have open and honest conversations on topics that we might not even talk about with our closest friends.”

However, Yik Yak has caught a lot of attention in the past, for their service of providing anonymous public space. As The Washington Post noted, “the app is a breeding ground for abuse, racism, homophobia and misogyny.”

One user answers another user’s question about this phenomenon. (Colin Mo/MEDILL)

Darren Sombke and Jung-Ah Sombke, chaperones from Rockford Lutherian High School, said, “You can’t prevent bad things from happening. It sucks that this happens, and I wish we could supervise everything about these kids but there’s a level of trust that has to be given.”

“Parents wouldn’t allow their kids to go if they didn’t believe that the chaperones would be there, and that the supervision is adequate,” said Darren Sombke.

“We trust them not to be stupid,” added Jung-Ah Sombke. “We know them, we know these kids we’re in charge of, we’ve watched them here and in school. We give them the benefit of the doubt.”

As technology advances and another generation of supervisors struggles to keep up, organizations in charge of teenagers may have a vested but conflicting interest to protect adolescents without losing their sense of trust.