Equality in religion: A shift towards a more inclusive Islam 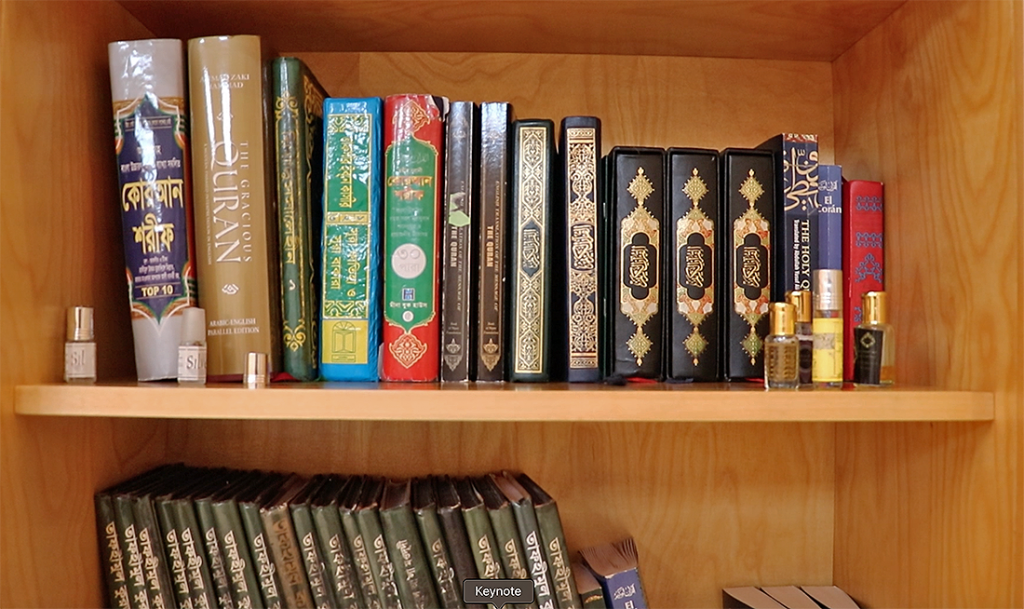 By Aqilah Allaudeen Medill Newsmakers Progressive Islamic activists are fighting to do Islam differently. Men and women sharing the same space in a mosque? Gay and gender non-binary Muslims welcomed? In this Medill Newsmakers episode, we speak to experts fighting for equality and inclusivity in Islam, and learn more about the progressive movement. Photo at […] 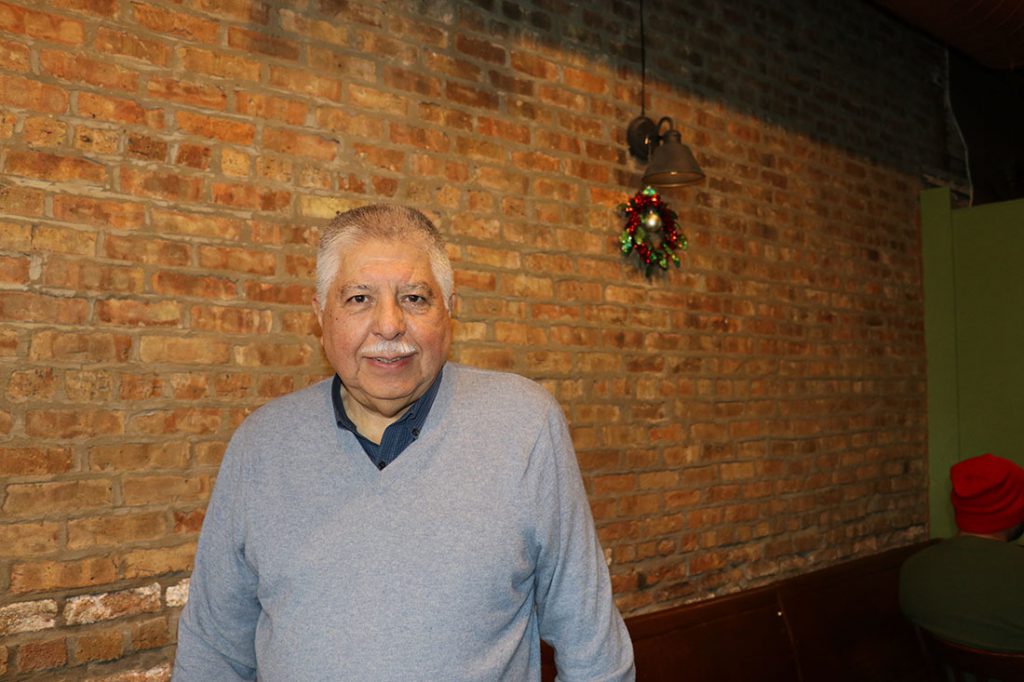 By Aqilah Allaudeen Medill Reports Mario Venegas knew the regime deemed him a danger to the state when he was detained, without trial, due to his role in the Movement of the Revolutionary Left, or MIR – a Chilean political organization. During dictator Augusto Pinochet’s regime in Chile more than 40 years ago, Venegas spent […] 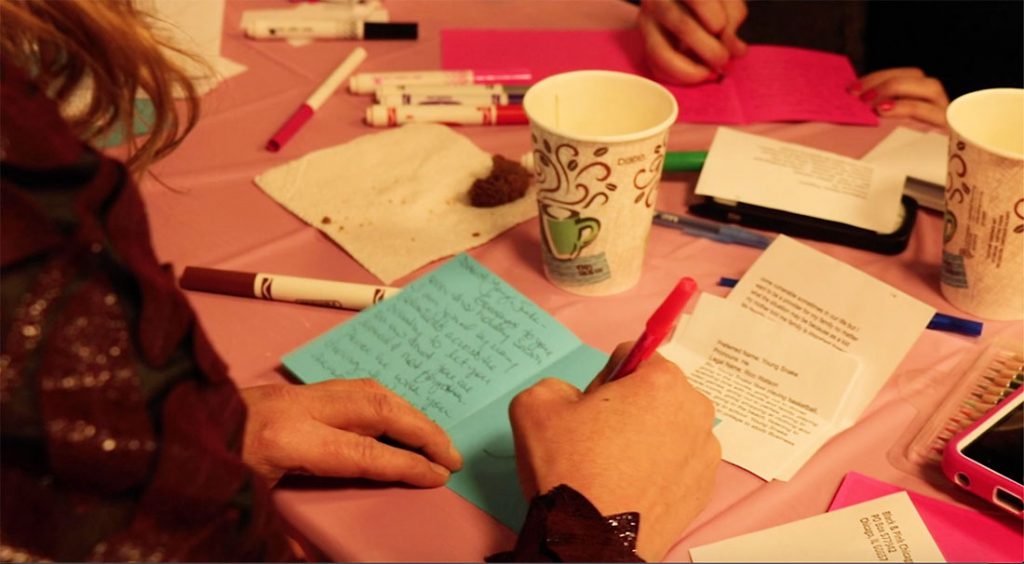 By Aqilah Allaudeen Medill Reports The cards expressed caring, the joy of life and the “the possibility of miracles.” Some 40 volunteers gathered at the Chicago Freedom School in downtown Chicago Sunday to write letters to incarcerated LGBTQ members across the nation. The “holiday card party” was organized by Black and Pink, a prison abolitionist […] 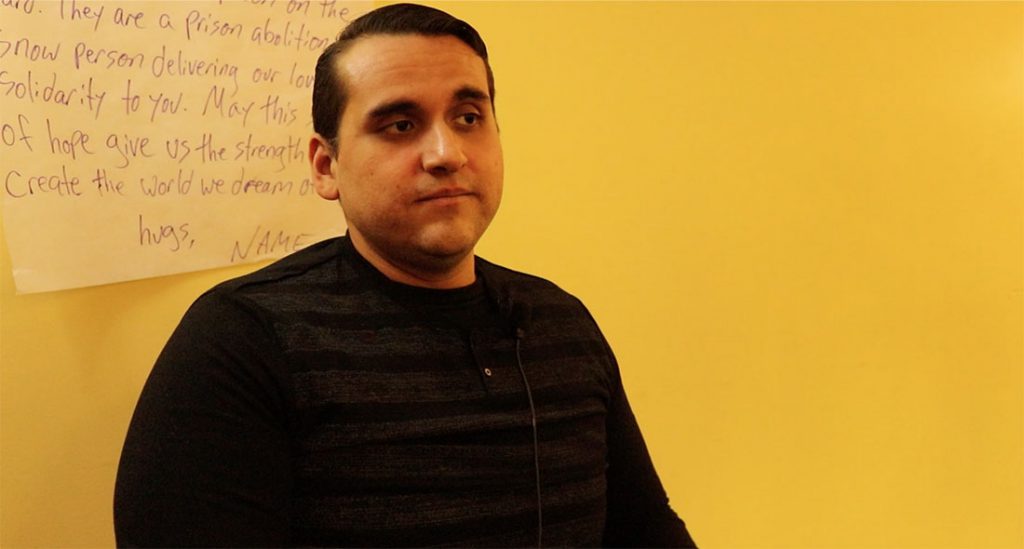 By Aqilah Allaudeen Medill Reports Gabriel Guzman spent three years of his 10-year prison term locked up in a small box-like cell for more than 22 hours a day. His time in solitary was broken up into stints of about four months each. Some were brought after he took part in fights but others, he […]

Standing in solidarity with Yemen, Chicagoans rally to end the U.S.-backed war 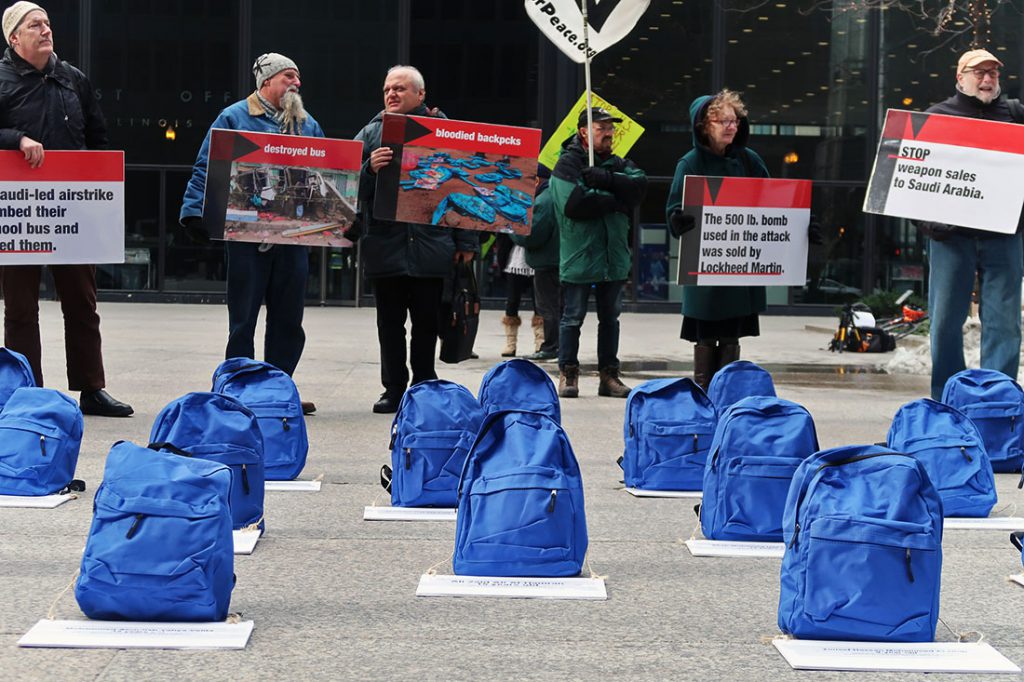 By Aqilah Allaudeen Medill Reports Some 70 people rallied in  Federal Plaza in downtown Chicago recently to end the war in Yemen. Chicago Area Peace Action, or CAPA, a grassroots organization that works to reduce and eliminate the danger of nuclear weapons and militarism, organized the rally.   Hassan El-Tayyab, the policy and organizing director at […] 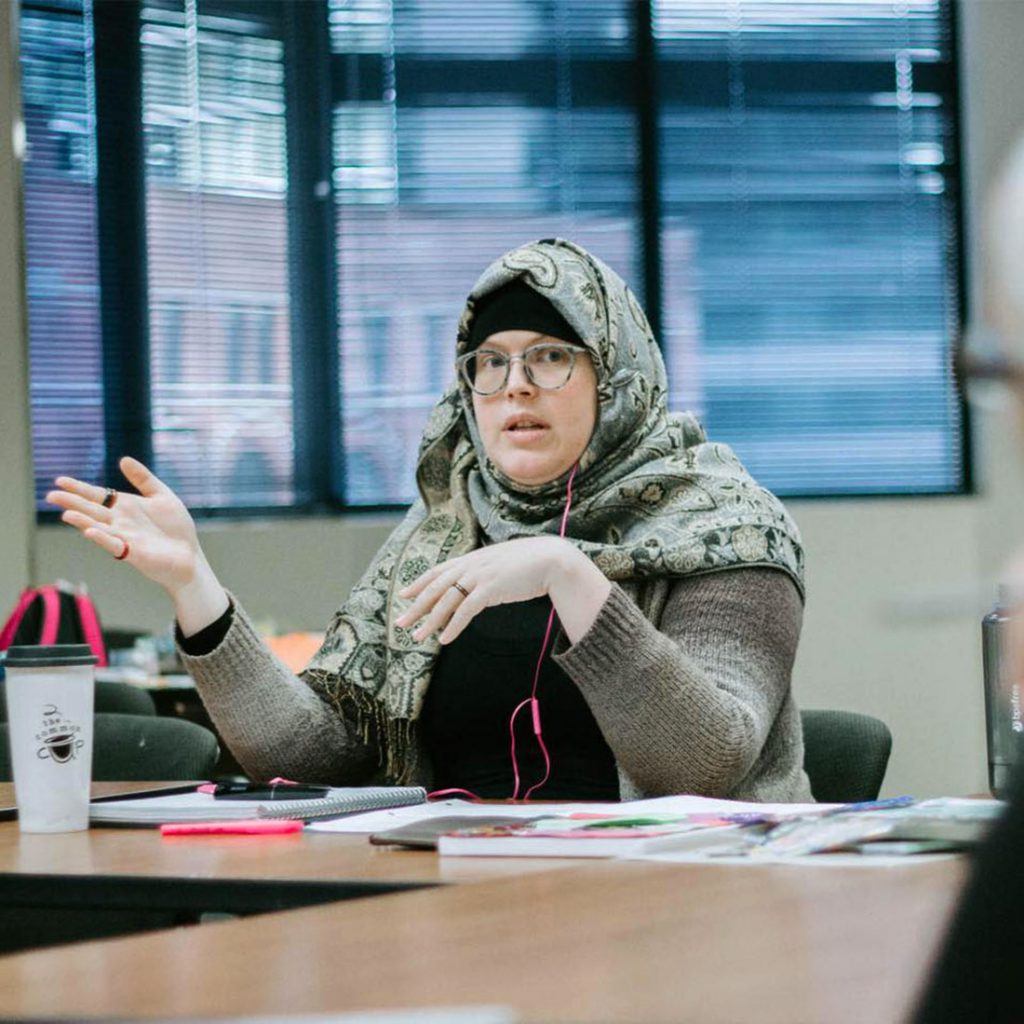 By Aqilah Allaudeen Medill Reports To some imams, a mosque that promotes LGBTQ-affirming beliefs is almost unfathomable. Homosexuality is shunned by many conservative Muslim communities in the United States and abroad. Kifah Mustapha, the imam and director of The Prayer Center at Orland Park, supports the conservative view. A mosque that accepts homosexuality and actively […] 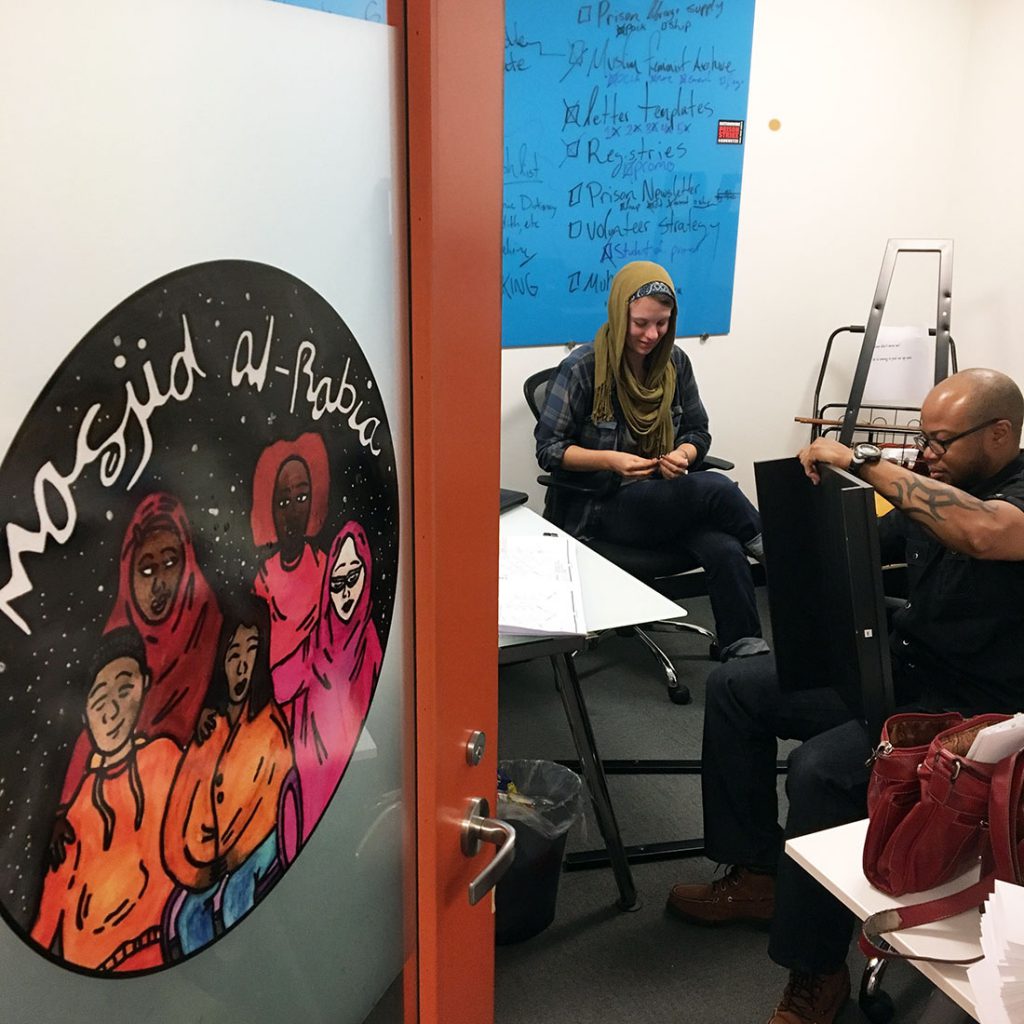 By Aqilah Allaudeen Medill Reports Hannah Fidler – a Chicago-based musician, teacher, activist and organizer – spends time writing letters to incarcerated LGBTQ Muslims across the United States every week, as part of Masjid al-Rabia’s prison outreach program based in Chicago. She writes to them about their favorite colors, commiserates on the tendency of many […] 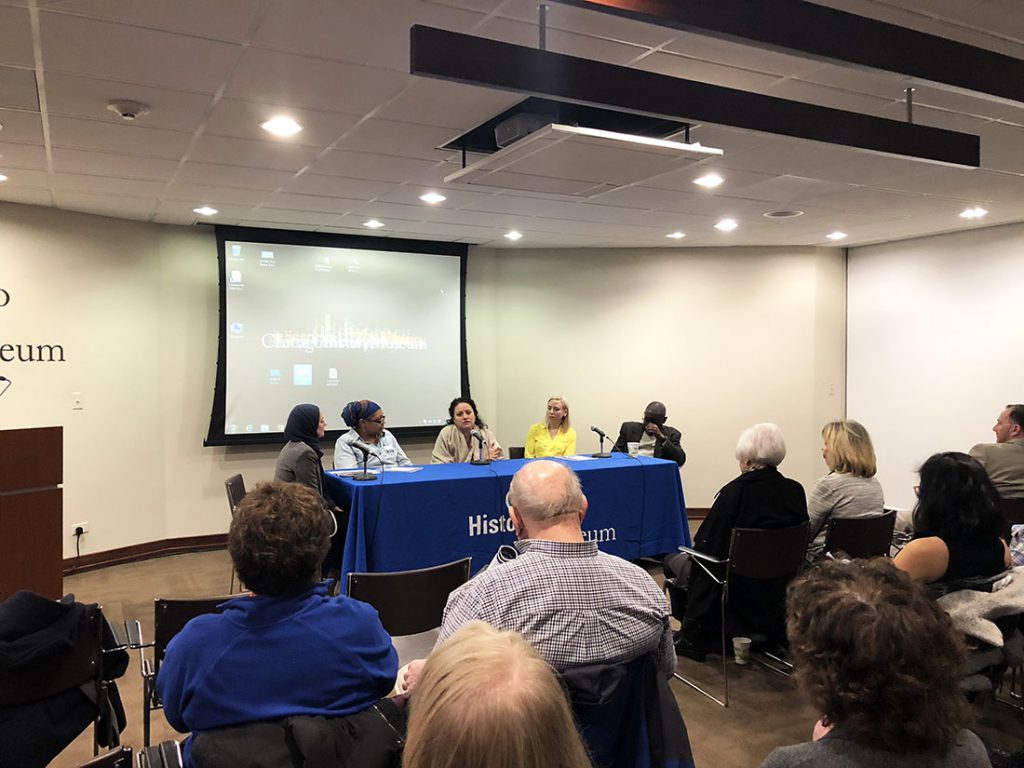 By Aqilah Allaudeen Medill Reports Religious freedom as a First Amendment right is something that many American Muslims who immigrated from countries such as Albania, will never take for granted. The country had a communist government that declared atheism as the country’s official religion until 1990. “If you were to wear a cross around your […] 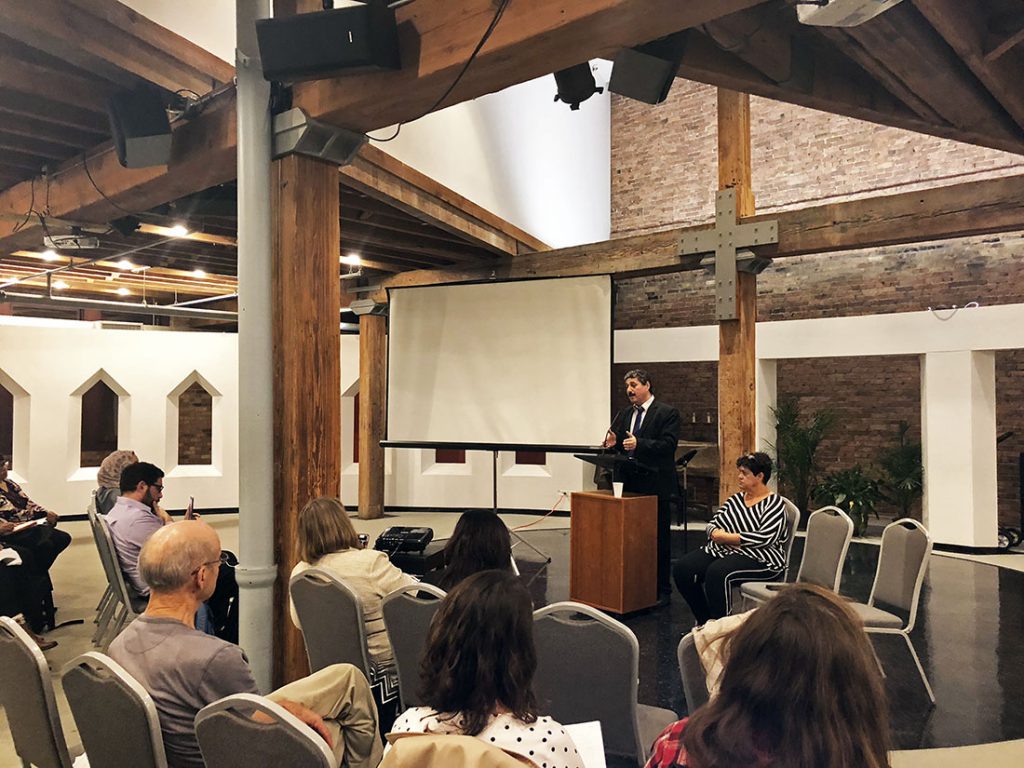 By Aqilah Allaudeen Medill Reports The closing of the Palestine Liberation Organization’s diplomatic office in Washington D.C. last month and President Donald Trump’s controversial recognition of Jerusalem as Israel’s capital last year serve as stark reminders of deteriorating ties between the two sides. Jafar Farah, the founder and director of The Mossawa Center, a non-profit […] 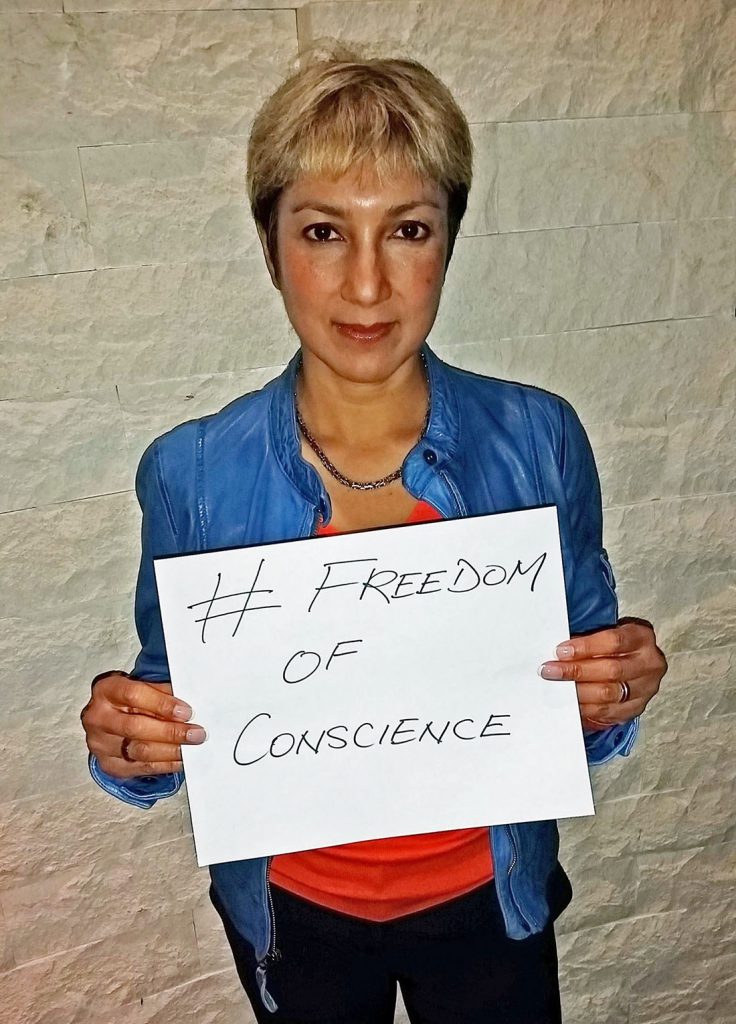 By Aqilah Allaudeen Medill Reports Earlier this year, a Muslim woman donning a Shalwar Kameez, a traditional Indian outfit, walked down the aisle to marry a Christian man wearing a suit. The celebration welcomed some 200 people from both the bride’s and groom’s families. It ended with the bride and groom saying “I do,” followed […]