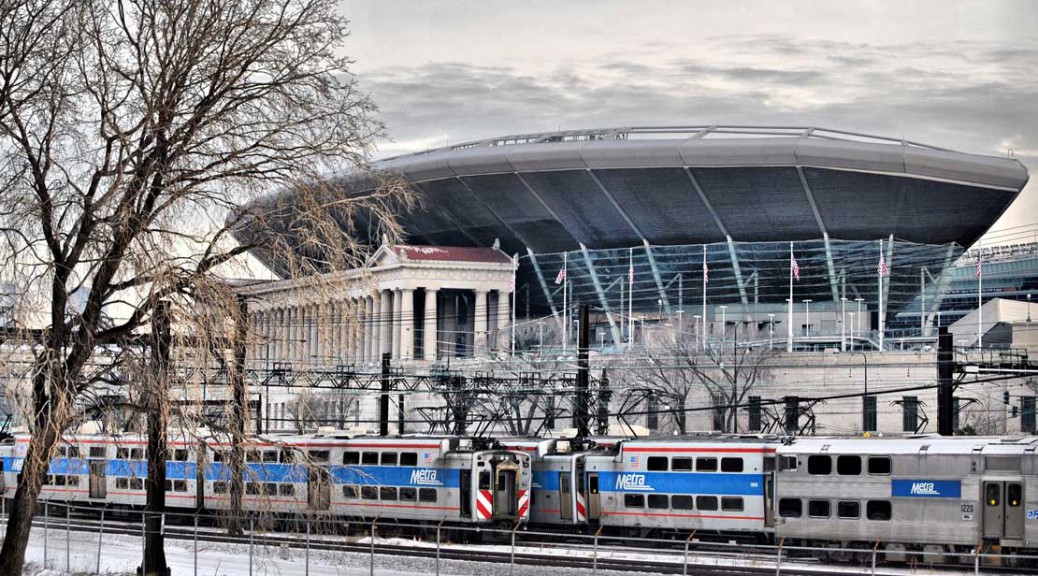 For Northwestern, it’s a chance to get one step closer to making program history.

For Illinois, it’s a chance to prove Chicago isn’t just the domain of one Big Ten football team.

The Wildcats and Illini face off at 2:30 p.m. Saturday at Soldier Field for the first time in the rivalry’s 123-year history. The teams played in Chicago in 2010, but that was at Wrigley Field in a bizarre game that required offensive possessions for both teams to go in the same direction for safety concerns.

END_OF_DOCUMENT_TOKEN_TO_BE_REPLACED 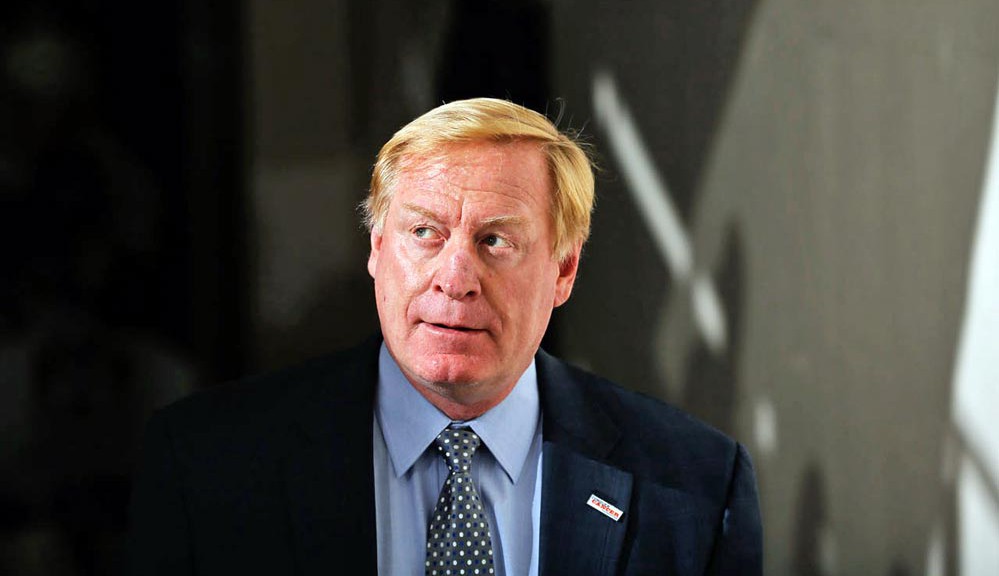 Any sports team wants to win, but when you are a minor league team with a developmental deal to season prospects for another team, that can’t be your only priority.

According to Wendell Young, the general manager of the American Hockey League’s Chicago Wolves, who are in their third year of such a partnership with the NHL’s St. Louis Blues, it pretty much is.

“It starts up top with ownership (team founders Don Levin and Buddy Meyers). They demand winning and give us what we need to do that,” Young said. “We finished third one year, I get told that’s not a good year.”

That may be why the Wolves have never had a losing season since they were founded as an International Hockey League team in 1994.

END_OF_DOCUMENT_TOKEN_TO_BE_REPLACED 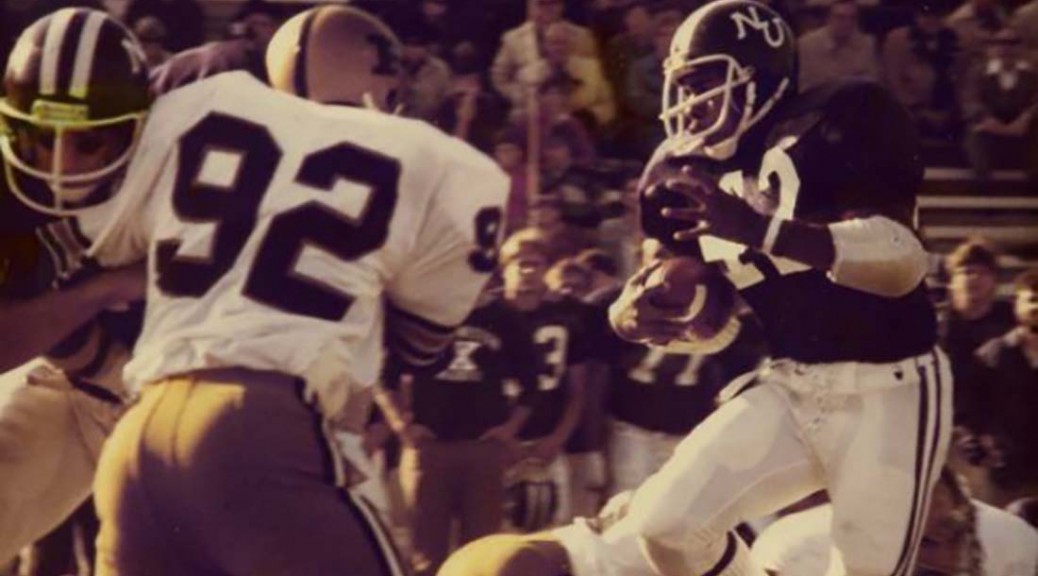 Thirty-five years ago, in the basement of football player Ben Butler’s house on the South Side of Chicago, a plan was cemented to address how African-American athletes were treated at Northwestern University.

In a place that for many of them had become a home away from home and with all but one African-American member of the football team there, Black Athletes United For the Light (BAUL) was born.

“We felt that there was unequal treatment, but we felt like there was a historical context to that, as well,” says then-football player and BAUL founding member Joe Webb. “We felt that other athletes that had come before us also had unfair expectations put on them.”

END_OF_DOCUMENT_TOKEN_TO_BE_REPLACED 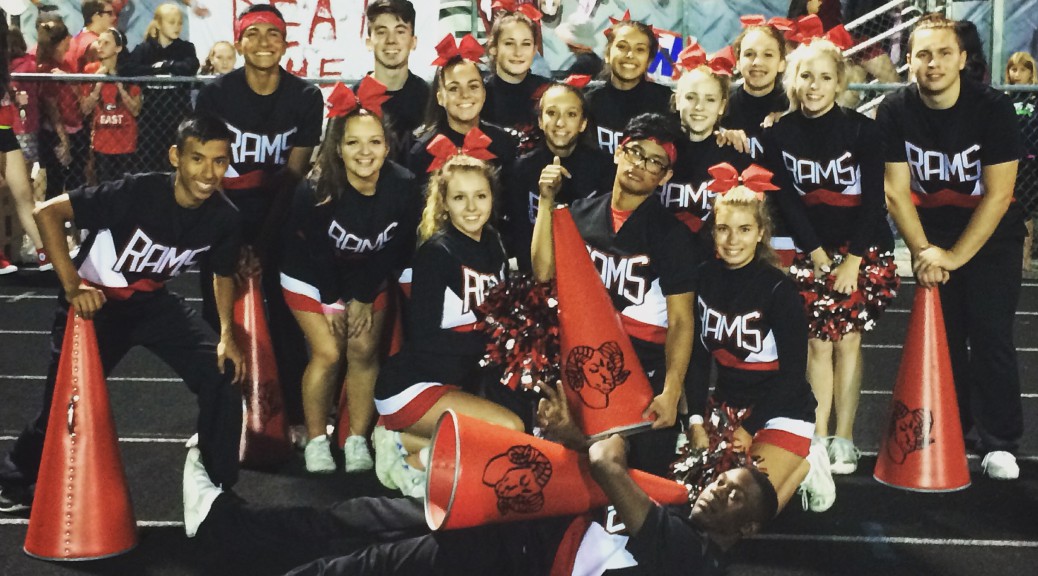 “I think if 17 would have passed,” said Legislative Commission member James Quaid, “18 would have followed.”

Proposals 17 and 18 would have restricted the start and end dates of the winter and fall seasons for sideline cheer (an activity) to keep schools from using those unfairly as practice for competitive cheerleading (an IHSA sport since 2005).
END_OF_DOCUMENT_TOKEN_TO_BE_REPLACED 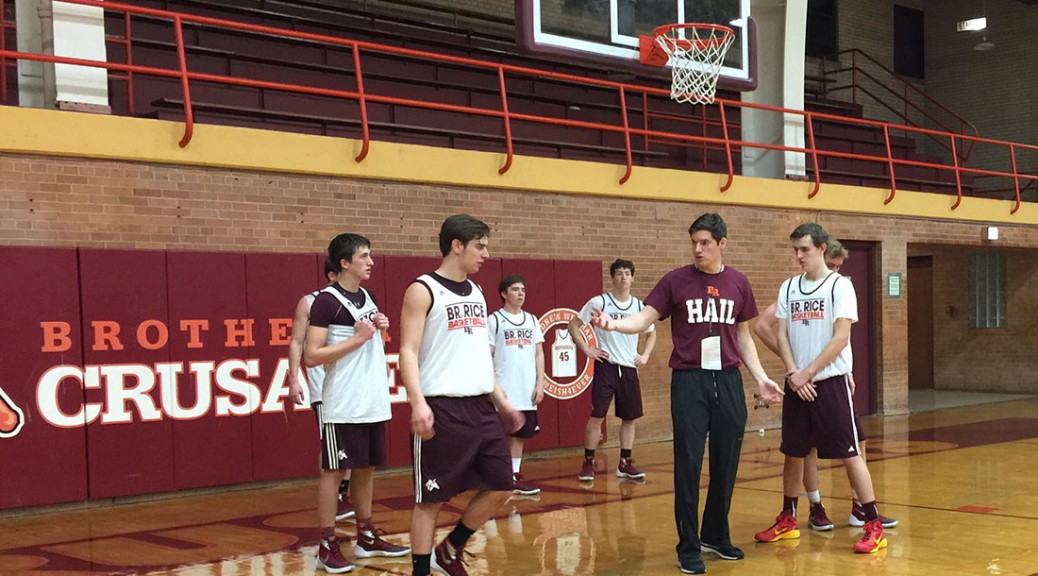 The first attempt to bring back a star alumnus was unsuccessful. For two seasons, Rick Harrigan led Brother Rice’s boys’ basketball team after longtime coach Pat Richardson retired. The Crusaders are taking another shot at a former standout with Bobby Frasor as the new coach.

END_OF_DOCUMENT_TOKEN_TO_BE_REPLACED 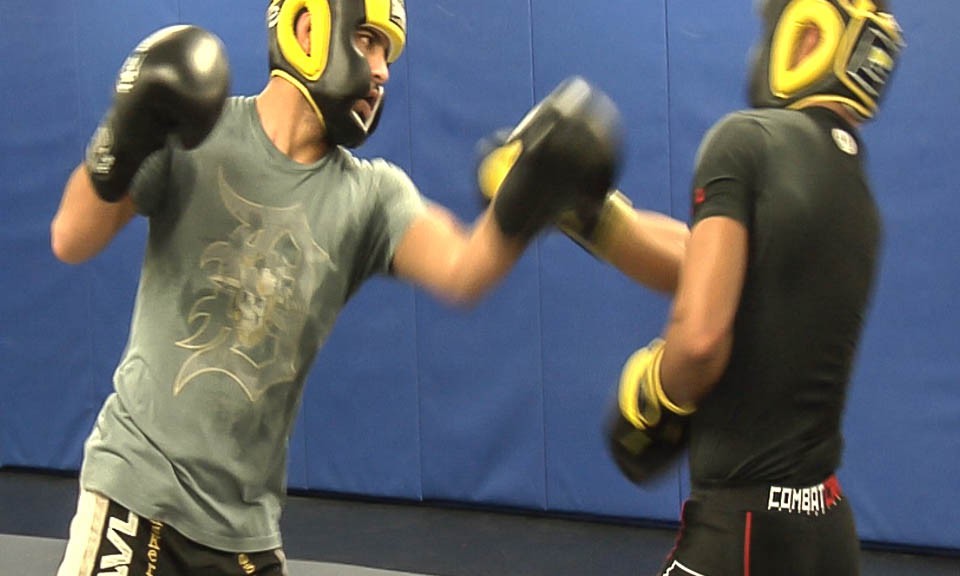 Askar Askar and his brother Asef were teenagers when they came to the United States from Palestine in 2001 to reunite with their father.

They were bullied in school because of their ethnicity. So Askar’s dad enrolled him in tae kwon do in Chicago, while Asef decided to bulk up by lifting weights until he decided to take a tae kwon do class, too.

Then one day, when walking home from the class, they stumbled across an LA Boxing gym and decided to take up MMA.

“We went in and got our asses whooped the first day,” said Askar. “It was a straight-six-month period of getting destroyed.” END_OF_DOCUMENT_TOKEN_TO_BE_REPLACED 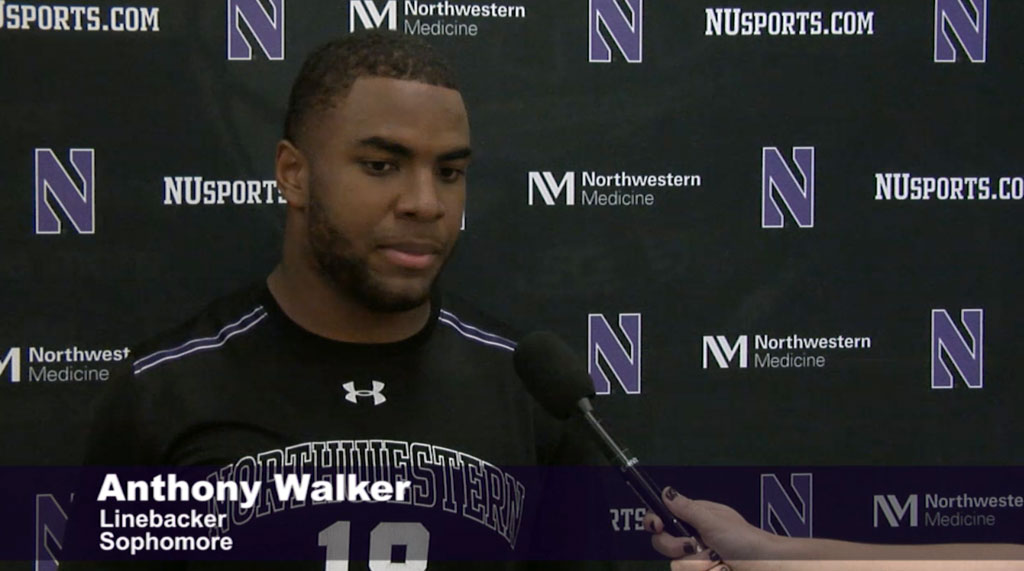 Northwestern quarterback Clayton Thorson said he is proud to attend an institution where students use their voice in an effort to affect change.

“I think it is great that we are at a university where people are concerned about our world, and not just about our bubble at Northwestern,” Thorson said on Tuesday.

Over the past week, Northwestern students have shown solidarity with protests by students and the football team at the University of Missouri against perceived institutional racism.

Because of the significant role the Missouri football team’s boycott played in protests at Missouri — including ouster of Missouri’s president — Thorson, Justin Jackson and Anthony Walker were asked about the significance of athletes supporting campus movements Tuesday at Northwestern football’s media availability. They all talked about their support for students calling for equal rights.

END_OF_DOCUMENT_TOKEN_TO_BE_REPLACED 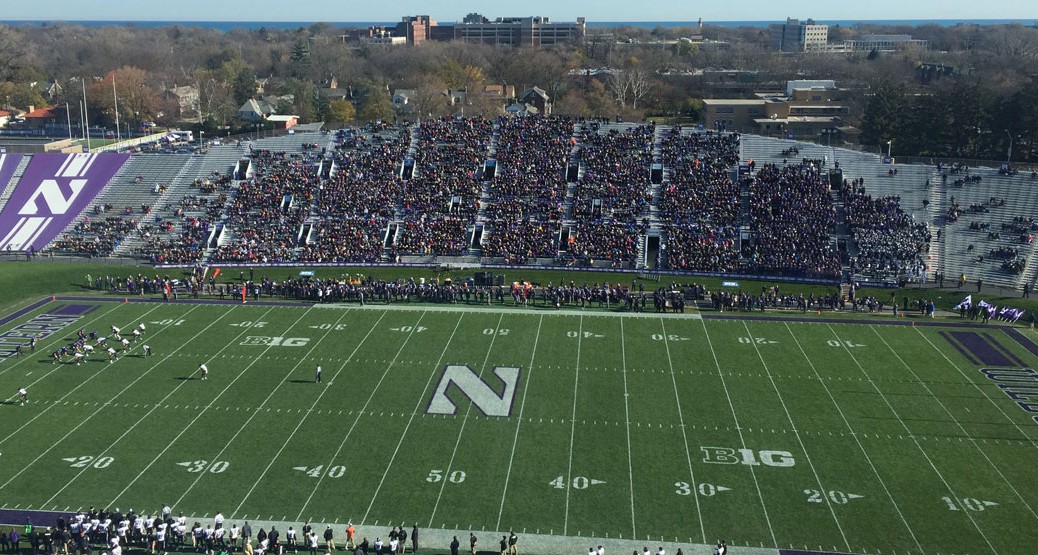 Northwestern entered its game against Purdue as a 14-point favorite.

So it was a little surprising when the score was tied with five minutes left.

“You’re not just going to walk on the field and blow a team out,” Northwestern sophomore running back Justin Jackson said. “It’s not how it works, especially in the Big Ten.”

It’s certainly not how it has worked lately for Northwestern, which now has won its last three games by a total of 11 points. This one wasn’t pretty, but Northwestern (8-2, 4-2 Big Ten) eked out a 21-14 win Saturday against Purdue (2-8, 1-5 Big Ten) at Ryan Field, thanks to big days from Jackson and the Wildcats defense.

The win sets up a top-25 matchup against Wisconsin next weekend that will likely have major postseason implications as Northwestern pursues a New Year’s Six bowl game, as well as its first 11-victory season.

END_OF_DOCUMENT_TOKEN_TO_BE_REPLACED 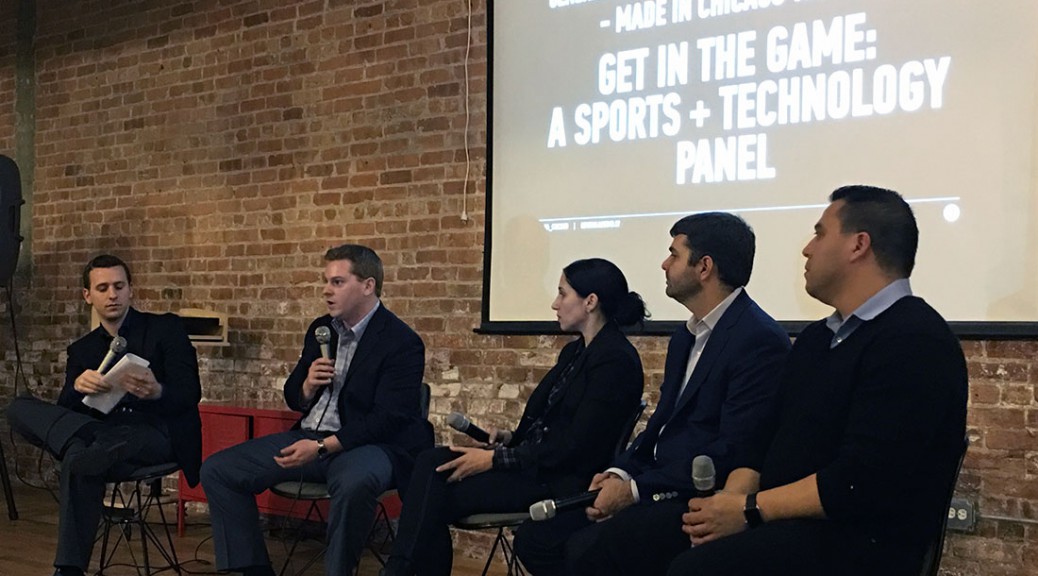 Tucked behind a bookstore and talking above the sounds of the restaurant housed above, Chicago’s sports technology leaders zoomed in on the landscape of the town’s tech talent.

Panel discussions, classes and events were all part of Made in Chicago week, which ended Tuesday. Sessions aimed at highlighting innovation in town. Wednesday’s event, “Get in the Game: A Sports & Technology Panel,” brought together speakers who work at the intersection of both arenas. The discussion was moderated by Danny Ecker, a reporter from Crain’s Chicago Business. END_OF_DOCUMENT_TOKEN_TO_BE_REPLACED 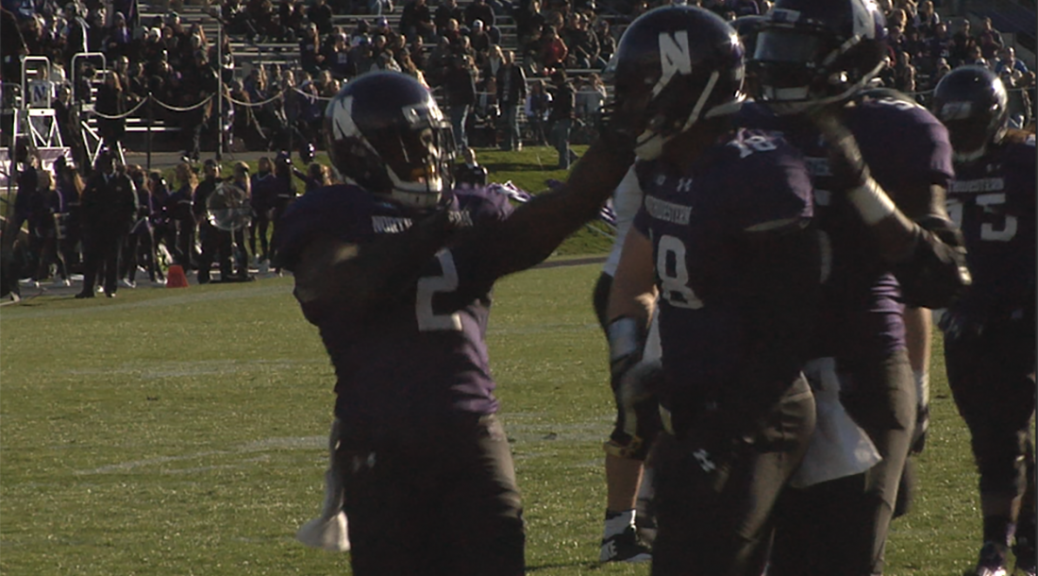 On a day when the offense struggled to pass the ball, the Wildcats’ defense proved why its one of the best in the country.

The Northwestern Wildcats improved to 8-2 for the first time since 1996 after defeating the Purdue Boilermakers 21-14 on Senior Day at Ryan Field.