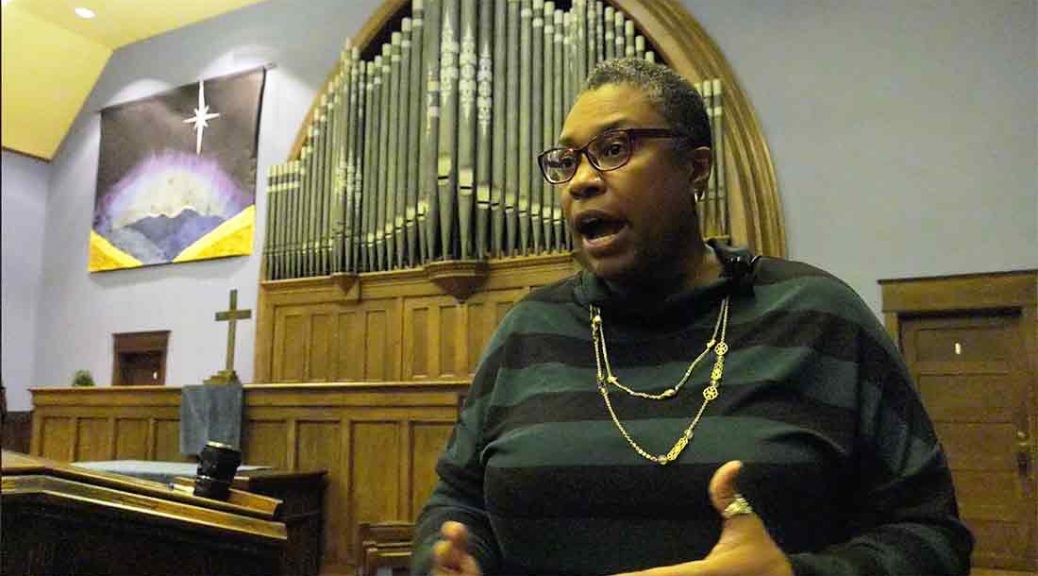 The LGBTQ community in Chicago is not taking any chances on President-elect Donald Trump’s shifting statements. Organizations and groups advocating LGBTQ rights are hosting on-going events to calm, organize and inform the community about their rights and the resources available to them.

On November 28, the Center on Halsted organized A Call to Rise which brought together the 100 members of the LGBTQ community to heal and uplift each other and discuss what actions they can take to defend rights. Another event is planned for December 14.

Concern over a Trump presidency escalated in September when the GOP candidate pledged to sign the proposed First Amendment Defense Act (FADA), which would allow people to legally discriminate against the LGBTQ community. But after winning the 2016 presidential election, he said in a 60-Minutes interview that ‘It (marriage equality) was settled in the Supreme Court. I mean it’s done.” He chose Indiana Governor Mike Pence, known for his anti-LGBTQ policies, as his running mate. Yet he vowed to protect the LGBTQ community from threat at the Republican National Convention.

“You are beautiful and you are loved,” said a volunteer hugging attendees at the Center on Halsted event where people talked about their fears and plans to act.

On November 28, Equality Illinois co-hosted a separate event, the Post-Election Action Forum, a Response to the Trump Presidency, to discuss a diverse range of issues from health care, immigration, public safety to transgender issue, reproductive rights and intersectional work.

“This event came about because we had so many of our stakeholders at Equality Illinois that were calling us saying that ‘we want to know more, what can we do. We were fielding so many calls and reaching out to so many community-based groups that about 10 of the groups got together and said we should pull together and have a broader conversation,” said Brian Johnson, CEO of Equality Illinois a LGBTQ advocacy group that seeks to educate and protect the rights of the community.

Johnson added that from January on, Equality Illinois will be phone banking once a month in partnership with other state-based civil rights groups that work with the LGBTQ community. “We are going to activate a constant base of volunteers who are trained and ready to step up so that we will not only make an impact in other places across the country but [have] a ready base of volunteers ready to make an impact here in Illinois,” he said.

Michael Jarecki, second vice chair for the Chicago Chapter of the American Immigration Lawyers Association, said that the transgender community is the most vulnerable within the LGBTQ  community under the new administration. “It is very important that people engage in education. They educate themselves as to legal resources, health care, social and mental health. In a community like Chicago, these resources are widely available and people need to remember that just because some policy may change at the federal level or just because there is a president at the executive level saying a lot of anti-LGBT rhetoric, at Chicago level, we are not going to tolerate that,” he said.

However, he cautioned that it is important for any minority group who is being vilified, including the LGBTQ community, to be careful. Even if laws don’t change and resources are available, he said, there is an anti-LGBT rhetoric that may give power to somebody who is anti-trans and could hurt them. “With anti-LGBT rhetoric, it brings out people’s hate and makes it seem, especially if it’s coming from highest levels of President-elect Trump or Vice-President-elect Pence that it is OK to engage in this behavior.”

Jarecki, an attorney, said that he doesn’t challenge the legitimacy of Trump’s presidency. But he will work within the protections of the United States democracy to challenge the Trump administration to count him and the LGBTQ community as a full member of the democratic society.

Speakers at the event pointed out that the LGBTQ community had made so much progress that they believed they will only be moving forward. Jarecki said Trump’s election victory is a wakeup call for people to understand that what we fight for must be fought for every single day.

Photo at top: Kim Hunt, executive director of Pride Action Tank, said that the LGBTQ community should work with other movements as there are a lot of vulnerable populations right now. “I think the more we can work in coalition with others, the better off we will all be,” she said. (Puja Bhattacharjee/MEDILL)