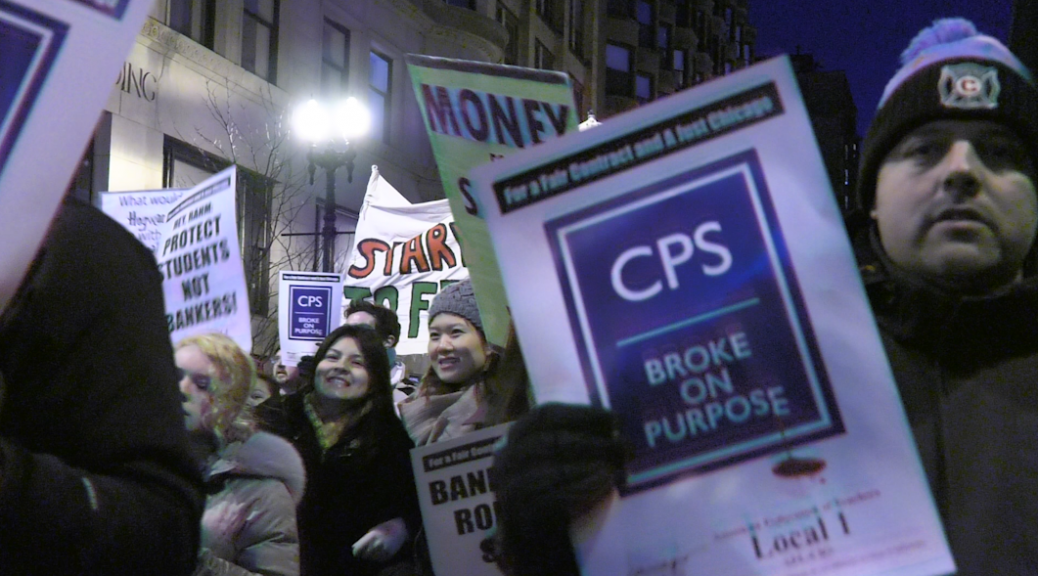 On Tuesday, CPS announced cuts of up to $120 million from the current school year budget.

Photo on top: About a thousand gathered to rally against CPS’ latest contract offer on February 4. (By Jasmine Cen/Medill)