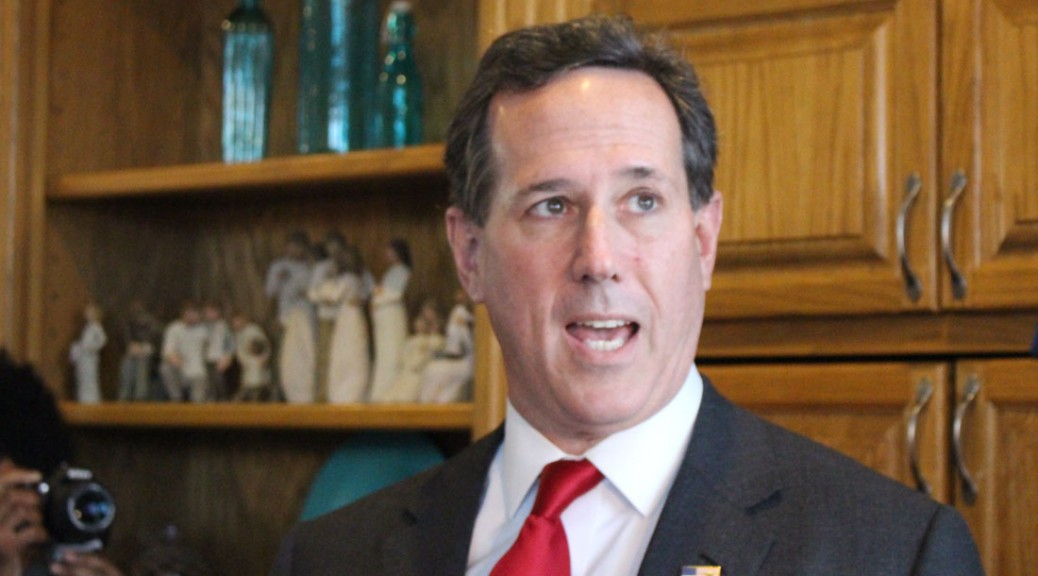 WEST DES MOINES, Iowa — Rick Santorum held a town hall-style meeting with supporters at an upscale home Sunday, in a final push to secure votes before the Iowa caucuses Monday.

Santorum is tied for last place in the Iowa race, drawing support from just 2 percent of likely GOP caucus-goers in the state, according to a Des Moines Register/Bloomberg Politics poll released Saturday. But the former Pennsylvania senator said he’s not backing down, and that he was “encouraged.”


“The people of Iowa, when they had the opportunity to look at the candidates and decide, you know, who we want, who we believe is someone that we want to put out there on the national stage, I think a lot of Iowans are going to say, ‘we want a real conservative that we know can get things done in Washington,’” Santorum said.

He also refused to say whether he would endorse another candidate in the event that he exits the race. “If I asked you who you would marry other than your wife, would you answer that question?” he said.

Santorum won the Republican contest in the Iowa caucuses in 2012, but lost the GOP presidential nomination to Mitt Romney.

Photo at top: Rick Santorum speaks to a members of the press at an event at an upscale residence in West Des Moines, Iowa on Sunday, Jan. 31, 2016. (Max Greenwood/MEDILL)