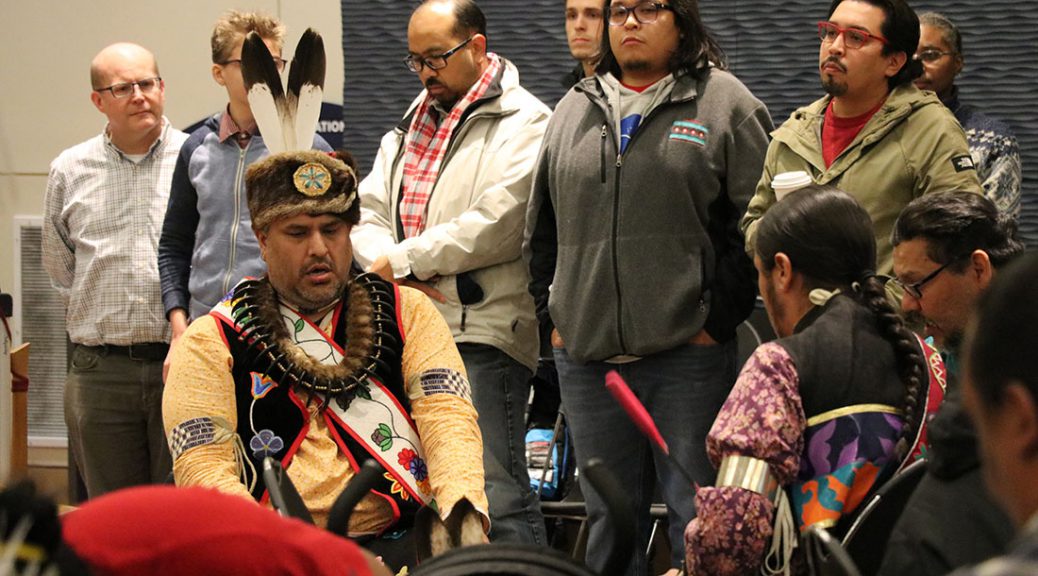 Every November, the University of Illinois at Chicago (UIC) hosts a traditional powwow to commemorate the start of Native American Heritage Month.

Chicago is home to the Midwest’s largest Native American population and is the second largest east of the Mississippi River.

This year’s powwow was the 27th annual event, hosted by UIC’s Native American Support Program (NASP) and the Native American and Indigenous Student Organization (NAISO). Members of Native communities from across the city, throughout Illinois and even outside the state gathered in UIC’s Student Center East for a night of traditional dance, song and food.

“A powwow is actually a very significant especially here in Chicago,” said NASP Program Advisor Jacob Adams, referring to the city and Cook County’s large Native American community. “It’s a time to come together and celebrate each other through acknowledging our resiliency and making our ancestors proud that we’re in this environment.”

In addition to the presentations, vendors at the powwow sold colorful, handmade jewelry, clothing, pottery and other products. Booths also featured displays from local community support organizations like the Chi-Nations Youth Council, whose young representatives connected with guests and promoted their city-wide activism.

Many non-native people were also in attendance at the public event, taking the opportunity to learn by observing traditions and connecting across cultures.

Drummers begin a night of performance at the University of Illinois at Chicago’s annual traditional powwow. The school hosts the event at the start of every November, which is also the beginning of Native American Heritage Month. (Anika Exum/MEDILL)