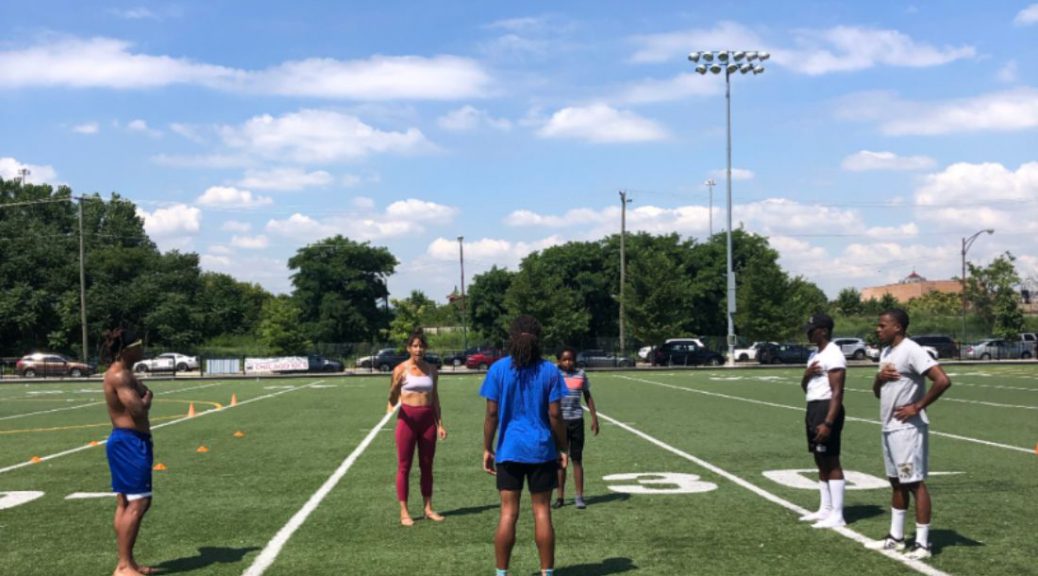 Since the 2015-2016 school year, the state of Illinois has seen a significant decline in the number of high school athletes participating in sports, according to the National Federation of State High School Associations. Due to costs, access to proper athletic performance training is becoming increasingly difficult, especially for students.

In 2017 Rich and Shea Gardner co-founded Maroon Village, a nonprofit that aims to provide athletic performance training to Chicago student athletes. The husband and wife duo teach students, ages 12 to 25, to work on mindfulness and meditation followed by two hours of intense physical training on the football field or in the weight room. Maroon Village aims to bridge the gap between access to athletic training and reaching one’s full potential.