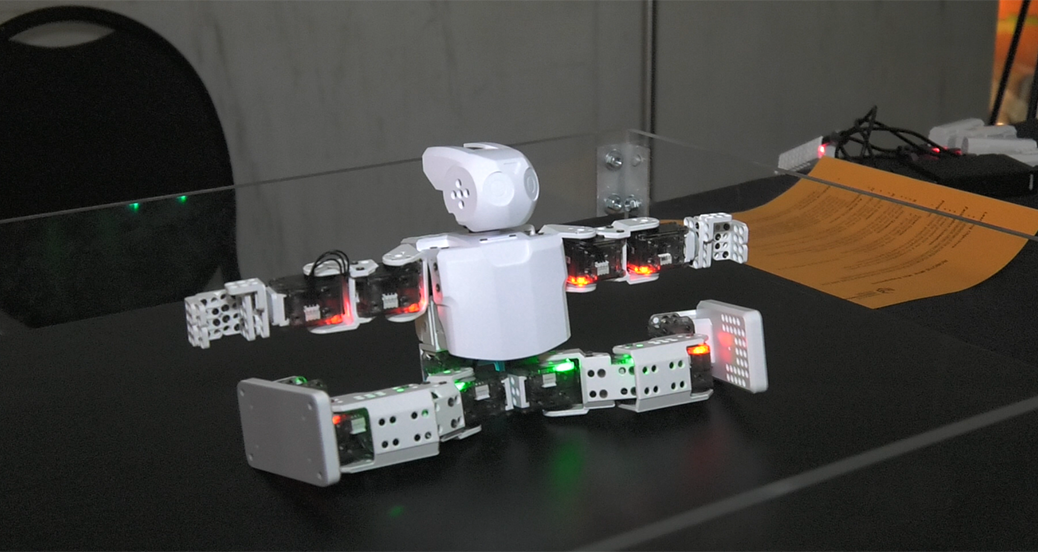 It’s National Robotics Week and the Museum of Science and Industry is featuring five robots, along with special demonstrations and exhibits to celebrate.

On Tuesday, Chicago’s Culture Shock, a not-for-profit dance and entertainment club, delighted museum patrons by marrying the science of robotics and dance together through hip-hop dance performances.

This is the sixth straight year the Museum of Science and Industry organized special events to coincide with National Robotics Week. In addition to the featured robots, there are university robotics demonstrations and student presentations scheduled for this weekend. A “BotBall” championship between middle- and high-school aged students is also scheduled for April 10, which is the final day of the MSI’s celebration.

Photo at top: ROBOTIS MINI is one of five robots featured during National Robotics Week at the Museum of Science and Industry. (Adam Rossow/MEDILL)