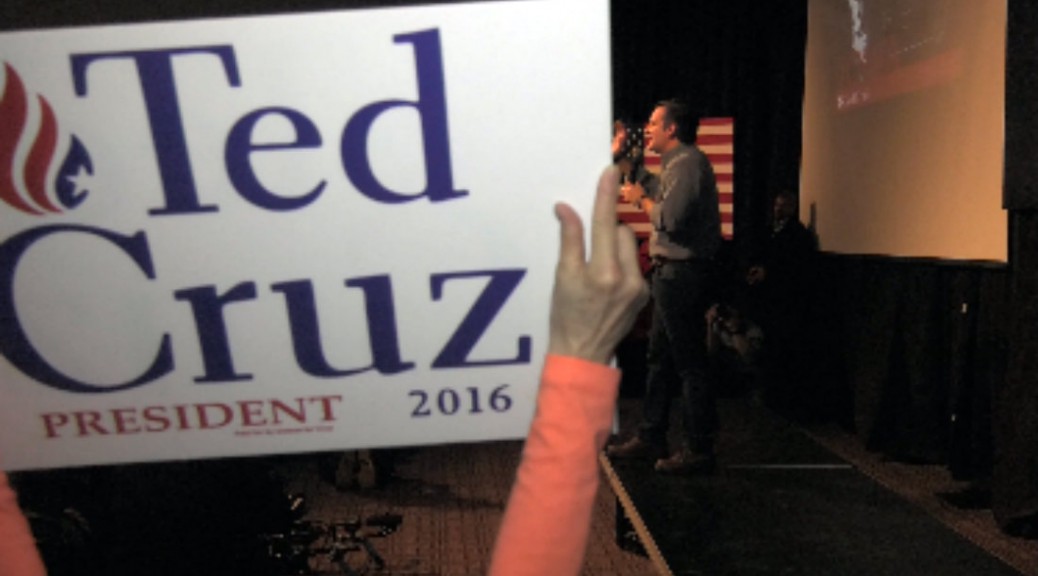 AMES, Iowa — The “Cruzin’ to Caucus” event brought hundreds of voters to Iowa State University this morning in support of Texas Sen. Ted Cruz, who is fighting the clock to catch Republican presidential frontrunner Donald Trump.

Conservative talk show host Glenn Beck welcomed Cruz onstage. He told the crowd that he has never endorsed a candidate but he believes Cruz is the right man for the job.

“If you haven’t made up your mind, question with boldness,” Beck said. “Know what you believe and don’t compromise on that.”


Not everyone in the crowd was so sure. Some debated whether to vote on Monday for Cruz or Florida Sen. Marco Rubio, a fellow Cuban-American. The two candidates share many policy positions, although Cruz, an evangelical Christian, is widely considered more conservative.

Tim Payne lives in Ankeny, a suburb of Des Moines. He attended the Cruz rally in hopes of choosing a favorite.

“At this point I’ve narrowed it down to Cruz and Rubio. I think they have similar backgrounds and I think they are fairly similar on some campaign issues,” he said. “I think Ted is a little bit farther right on some of the issues like gay marriage and immigration than Rubio and so it’s kind of a toss up between those two now and I’m just using these last few days to do the final weighing of pros and cons on each side.”

Medill Reports journalist Kristen Vake caught up with Cruz on his way out of the rally to see what he would say to those voters choosing between him and Marco Rubio. Here’s what he had to say.

“We’ve been burned too many times before,” Cruz continued. “Don’t listen to rhetoric but look to who has a proven record and whose been a consistent conservative.”