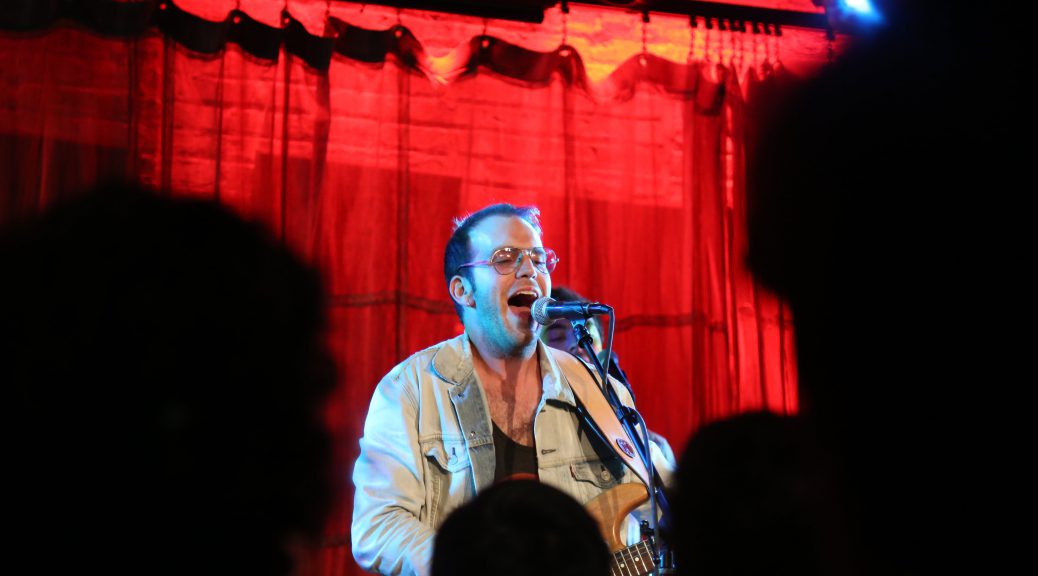 Ahead of the January release of his second album, Heartbreak Hits, singer and funk-rock free spirit Theo Katzman took the stage at Evanston’s SPACE this month.  Katzman plays guitar and drums in the successful band Vulfpeck and was joined onstage by bassist Joe Dart of Vulfpeck and independent singer-pianist Joey Dosik and Evanston native Julian Allen on the drums.

Even without the full Vulfpeck family, they kept the crowd rockin’ with Katzman’s songs. Clad in aviators and a denim jacket, he deftly juggled lead vocal duty while switching between the guitar and drums. He ripped through a handful of tracks from his upcoming record, including “My Heart is Dead” and “Plain Jane Heroin,” While Dosik also played selections from his recent Game Winner EP.

Katzman cut his teeth and honed his licks at the University of Michigan’s School of Music, Theatre & Dance, where Vulfpeck  formed. The band’s sound bears more of a jazz and soul influence than Katzman’s solo work, but both share a rich musicality and powerful arrangements – heavy in horns, rich in piano chords and infectious with fretwork.

In addition to producing two albums and four EPs since 2011, the band made headlines with Sleepify, a completely silent album that Vulfpeck fans streamed while they slept. They used the reported $20,000 worth of royalties to finance an admission-free tour in late 2014.

You can pre-order Katzman’s upcoming record on Kickstarter and buy Vulfpeck’s The Beautiful Game, which was released on October 17, via Bandcamp.